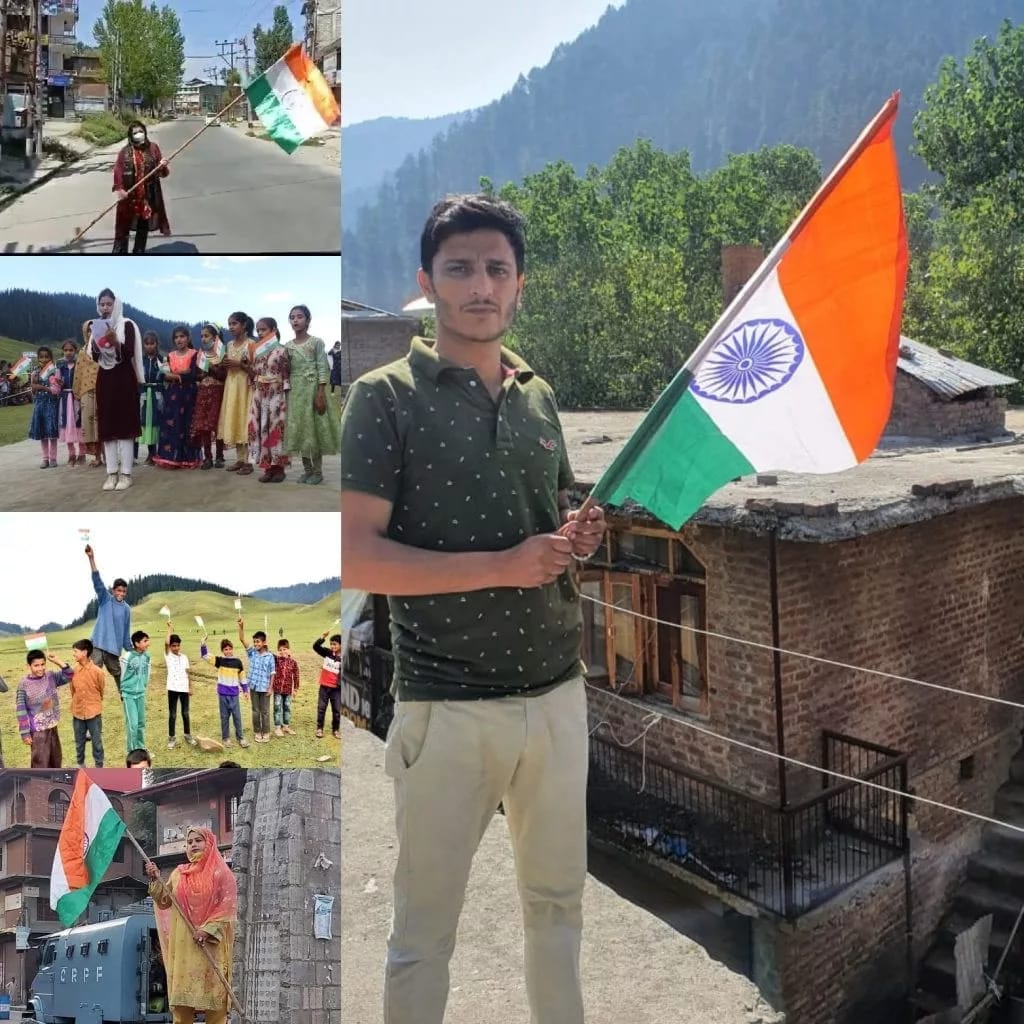 To welcome the Governments decision and express their acceptance, many locals around Kashmir valley were spotted holding the Indian flag with pride.

Local BJP Leader Rumisa Rafiq hoisted and saluted the Indian tricolour at Lal Chowk in South Kashmir’s Anantnag district on the 1st anniversary of Abrogation of Article 370 and 35A.

Mir Basharat BJP youth leader from Kupwara, held the Indian flag with pride on the roof of his home.

Many groups of children around the valley posed with gleam holding the Indian flag and their guardians published their phtos on their social media.

BJP leader Sofi Yusouf from South Kashmir’s Pahalgam, addressed the locals at Town hall, and spoke of the problems faced by Kashmiris due to existence of Article 370 and how local politicians were using the Article 370 for their benefits and made Kashmriri people suffer for over 70 yrs. He also mentioned that the Article 370 was used by some separatist elements as a “religious tool” .

Many Kashmiris took to social media to express how relieved and hopeful they felt one year after the abrogation of Article 370 , under the hash tag “NayaKashmir” which was trending few days ago.

From the feel of it, notwithstanding the fact that Kashmiris are reeling under threats of cross border terrorism and lack of high speed internet, the Government’s decision to abrogate article 370 seems to be a welcome step by local Kashmiris.