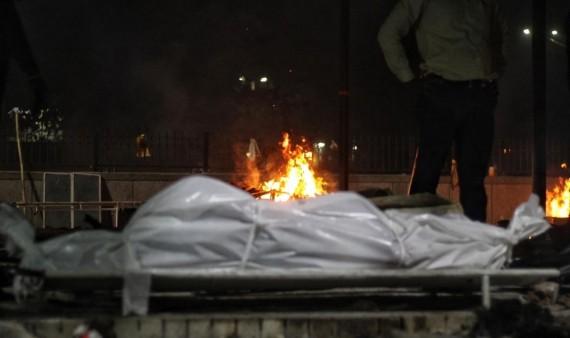 The Kashmiri driver, identified as Mir Ahmed, decided to perform the last rites of the woman, who was homeless and living with a mental disability.

In a display of communal harmony amid the deadly pandemic, a Muslim ambulance driver in Kashmir’s Mendhar recently cremated the body of a Hindu woman who had died of coronavirus. The driver, identified as Mir Ahmed, decided to perform the last rites of the woman, who was homeless and living with a mental disability. Ahmed performed the rites for the woman, even after her own family members and acquaintances refused to touch her body for fear of coronavirus.

The incident occurred on Wednesday in the border region of Mendhar in Kashmir’s Poonch district. Two days ago, the woman who remained unidentified and of unsound mental health was found writing in pain on the side of a road in Mendhar. Fighting for breath, the woman was spotted by locals and then taken to a hospital for treatment with the help of local police and members of civil society. Despite the best efforts of doctors at the sub-district hospital in Mendhar, the woman did not survive.

Despite her death on Wednesday morning, however, no relative or known associate of the woman came forward to perform the last rites of the victim. That’s when Ahmed stepped in. Ahmed, who works as an ambulance driver for Jammu and Kashmir Health and Family Welfare Department, rose above communal divisions and acted out of humanity. Dressed in a PPE Kit, Ahmed set fire to the woman’s pyre and performed her last rites.

The incident is one of many such incidents of communal harmony at a time of stress and loss that have surfaced across India in the past month, even as cases of Covid-19 and related deaths increased exponentially.

Earlier in April, two young Muslim brothers performed the final rites of the body of a Hindu person who died of coronavirus in Telangana. The incident occurred in the Katepally village in the state’s Pedda Kodapgal Mandal.