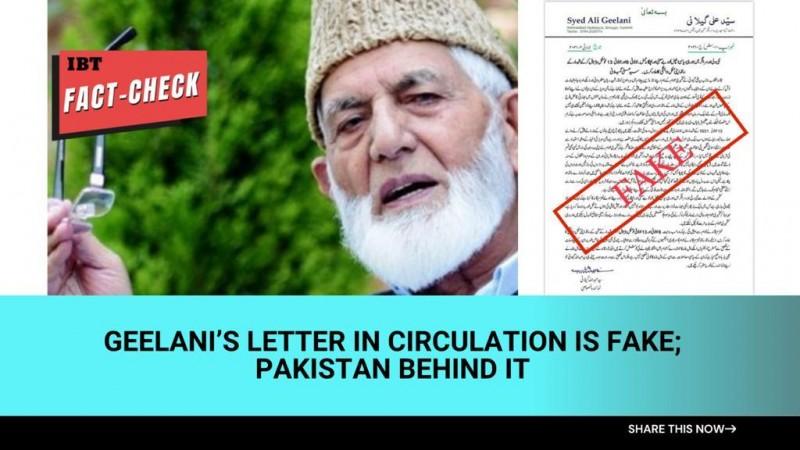 A letter has been in circulation on different platforms of social media on behalf of the ailing separatist leader Syed Ali Shah Geelani since this morning. In the letter Geelani has asked people to observe a complete shutdown on July 8, the death anniversary of Hizbul Mujahideen terrorist Burhan Wani and July 13 — the martyrs day.

Taking serious note of the circulation of a fake letter of the ailing separatist leader Syed Ali Shah Geelani on social media, the Jammu and Kashmir Police on Tuesday said action is being taken against those who are circulating this letter to instigate people to create law and order problem in the Union Territory in general and Kashmir Valley in particular.

Budgam Police made it clear that as per family sources of SAS Geelani, the tweet is fake and issued by someone from Pakistan. Police are taking action against those who are circulating it to instigate violence. Case FIR under relevant sections of ULA(P)stands registered in Police station Budgam.

Srinagar Police also requested residents of the summer capital not to pay any heed to rumours being spread by some elements to create law and order problems.

“The caption which is doing rounds on Twitter is fake, people are requested not to pay heed to such rumours. Anyone indulging in any such illegal activity of circulating fake news and rumour-mongering shall be dealt strictly under the law”, police clarify while terming the letter as fake.

A similar fake letter was circulated in the year 2020