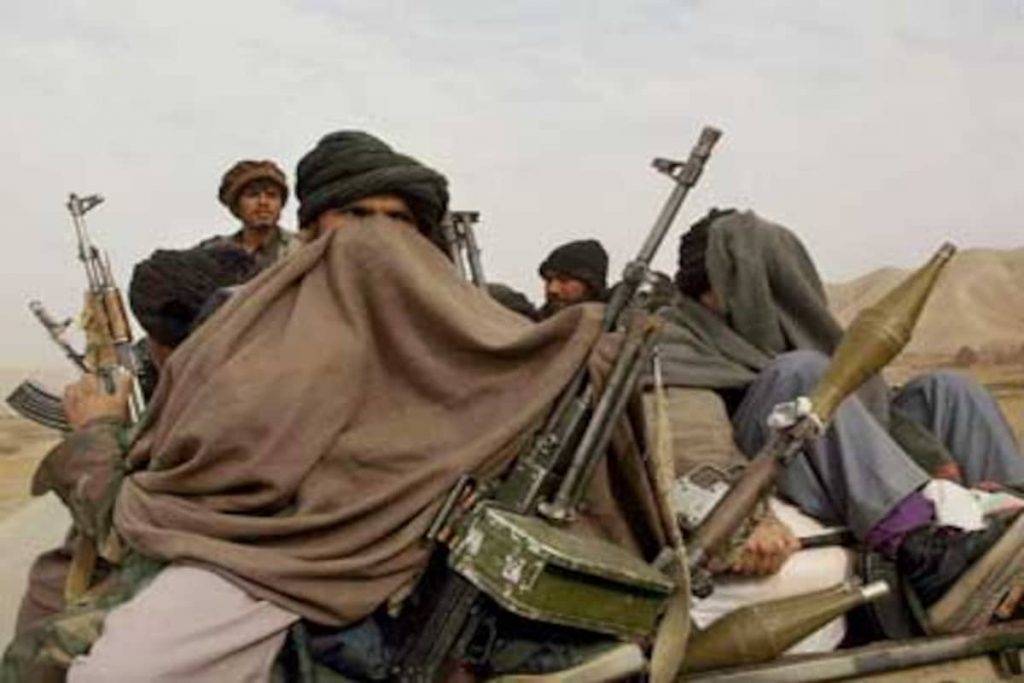 In a speech on July 8, US President Joe Biden announced that the American military would complete its withdrawal from Afghanistan by August 31, nearly two weeks before his earlier deadline of September 11. The US pullout from Afghanistan will end the US longest overseas war, which cost the lives of around 2,300 troops and $825 billion monetarily, as a result of the February 2020 agreement that the former Donald Trump administration negotiated with the Taliban in Doha, Qatar.

In his latest speech, Biden strongly defended his decision to pull US military forces out of Afghanistan, saying the Afghan people must decide their own future, rather than sacrificing another generation of Americans in an unwinnable war. Biden called on countries in the region to help bring about an elusive political settlement between the warring parties. He said the Afghan government should seek a deal with the Taliban to allow them to coexist peacefully.

And this is what has proved to be the red herring amongst the neighboring and regional countries. Most of the countries have reacted in a guarded manner over the advances of the Taliban forces in Afghanistan since May, which now controls 162 districts in Afghanistan.

In reality, the chaotic and unpredictable conditions in Afghanistan will have a significant impact on regional geopolitics. For starters, the Iranians have started fishing in the troubled waters by inviting the Taliban leadership for talks in Tehran.

The Taliban-Iranian talks began in January this year, as part of Iranian efforts to broker peace between the Afghan government and other factions. The latest round of intra-Afghan talks began on July 7 with a speech from Iranian Foreign Minister Mohammad Javad Zarif, who warned that the continuation of conflicts between the government and the Taliban will have “unfavorable” consequences for Afghanistan, noting that a return to the intra-Afghan negotiations is the “best solution”.

Earlier, Saeed Khatibzadeh, spokesman for Iran’s Foreign Ministry, had said that the Taliban is part of the reality in Afghanistan and they are also talking to the Afghan government. During the recent meeting, Zarif discussed the prospect of Afghan people forming an all-inclusive government, including the Taliban.

Pakistan’s Prime Minister Imran Khan in an op-ed in The Washington Post on June 9 sounded hurt by the accusations of the government in Kabul naming Islamabad as inciting violence in the country. He further wrote that he would like Pakistan to be “a partner for peace in Afghanistan”, which may have ideated from the Indian outreach to the Taliban.

The UK it seems is more worried about the presence of Al Qaeda and Islamic State (IS) elements in Afghanistan and not with the Taliban’s advances. Alex Younger, former head of the MI-6, has cautioned about the terrorism threat to Britain rising, following the US withdrawal and has further said the threat from terrorist groups such as Al Qaeda and IS would grow if the UK turns its back on Afghanistan.

But the UK’s Chief of Defence Staff, General Nick Carter, who served several command tours in Afghanistan, believes the Taliban leadership may have learned from their earlier mistakes. He maintains that if the Taliban expect to share power, or seize it, then they will not want to be seen as international pariahs. Wiser heads amongst the Taliban, especially those who attended the recent peace negotiations, may well argue for a clean break with Al Qaeda in order to secure international acceptance.

Indian officials recently met with the Taliban delegation in Doha. This marks a marked policy shift in India’s approach to Afghanistan and the Taliban. Besides showing the maturity of the policymakers and strategists, the move may accelerate the transition from a non-existent relationship to the inception of a diplomatic engagement, whilst acknowledging the Taliban as a critical component of future Afghanistan.

Though Indian policymakers will also be worried about the security threat from the pro-Taliban Pakistani outfits, yet they may have weighed the advantage of engaging with the Taliban and also considered that in the future the Taliban might be able to assert pressure on forces inimical to India.

India has always called for “an Afghan-led, Afghan-owned and Afghan-controlled process”, and as such, the strategic move to engage with the Taliban broadly demonstrates a regional security imperative for India and its efforts to minimize Islamabad’s influence.

The Americans have always wondered what fuels the Taliban to fight against a huge military machine despite the odds. Though in reality, this has not led to any effort to try to understand the Taliban’s psyche and their commitment.

However, an American, Carter Malkasian has tried to discuss this in his new book “The American War in Afghanistan: A History”. Malkasian analyses the Taliban’s advantage in inspiring Afghans to fight. He opines that their call to fight foreign occupiers, steeped in references to Islamic teachings, resonates well with Afghan identity and psyche.

He says that for Afghans, jihad, more accurately understood as ‘resistance’ or ‘struggle’ than the caricatured meaning it has acquired in the US, has historically been a means of defense against oppression by outsiders, part of their endurance against invader after invader. The Taliban were able to tie themselves to religion and to Afghan identity in a way that a government allied with non-Muslim foreign occupiers could not match.

The very presence of Americans in Afghanistan trod on a sense of Afghan identity that incorporated national pride, a long history of fighting outsiders, and a religious commitment to defend the homeland. The Taliban’s ability to link their cause to the very meaning of being Afghan was a crucial factor in America’s defeat.

He further says that the Taliban exemplified something that inspired, something that made them powerful in battle, something tied to what it meant to be an Afghan. They cast themselves as representatives of Islam and called for resistance to foreign occupation. Together, these two ideas formed a potent mix for ordinary Afghans, who tend to be devout Muslims but not extremists.

Now, with the Taliban overrunning districts in the north, they will likely press their attack, further emboldened by US departure over the next few weeks. Afghan soldiers and police will suffer from the same morale problems that have plagued them for two decades. Provincial capitals and Kandahar or Mazar-e-Sharif are likely to fall, possibly within a year. After that, Kabul itself will be in danger. The capital may hold, at least for a while, but the government and its allies will struggle to survive, with little chance of regaining what has been lost.

The world it may seem is bound to sit at the same table with the Taliban, once they embrace political identity and become part of the political establishment, and this may mark a peaceful future for Afghanistan.