Home INDIA #Kashmirforward: A two-week initiative marks the 2nd Anniversary of the Article 370... 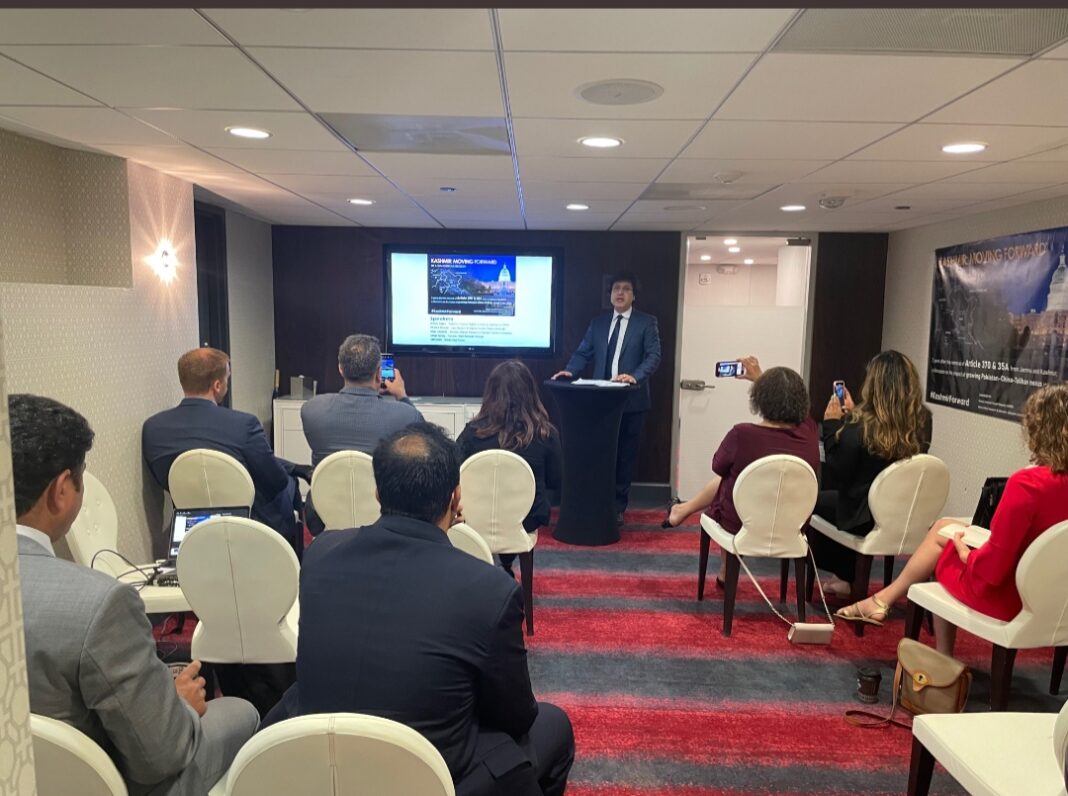 Global Kashmiri Pandit Diaspora (GKPD) along with members of the Kashmiri and Afghan Diaspora communities on Capitol Hill organised an event under the title “Kashmir: Moving Forward in a Dangerous Zone”……

There has been a 40 per cent decline in cases of terror attacks in Jammu and Kashmir over the past two years, a group of Indian-Americans has said, as it celebrated the second anniversary of the abrogation of Article 370.

The event titled ‘Kashmir: Moving Forward in a Dangerous Zone’ was hosted by Hindu Policy Research and Advocacy Collective (HinduPACT), an initiative of the World Hindu Council of America (VHPA) and Global Kashmiri Pandit Diaspora (GKPD) along with members of the Kashmiri and Afghan Diaspora communities on Capitol Hill.

Coinciding with the visit to India by US Secretary of State Anthony Blinken, the event on July 29 also marked the launch of a two-week initiative – #KashmirForward. Over the past two years, there has been a 40 per cent decline in cases of terror attacks in Jammu and Kashmir, the group said in a statement.

The event was attended by Congressional staffers, NGO leaders and media personalities who were given a first-hand account of the detrimental impacts of terrorism felt in the region, due solely to the growing presence of radical Islamist occupiers supported by Pakistan’s military and intelligence apparatus, the press release said.

The Indian government informed Parliament last week that the number of incidents of terrorist violence has come down in Jammu and Kashmir in the last two years.

In a written reply to a question in the Rajya Sabha, Minister of State for Home Affairs Nityanand Rai said, “The number of terrorist incidents has reduced during 2020 by 59 per cent as compared to 2019 and 32 per cent up to June, 2021 in comparison with the corresponding period up to June, 2020.” India abrogated the special status of Jammu and Kashmir under Article 370 on August 5, 2019 and bifurcated it into two Union territories.