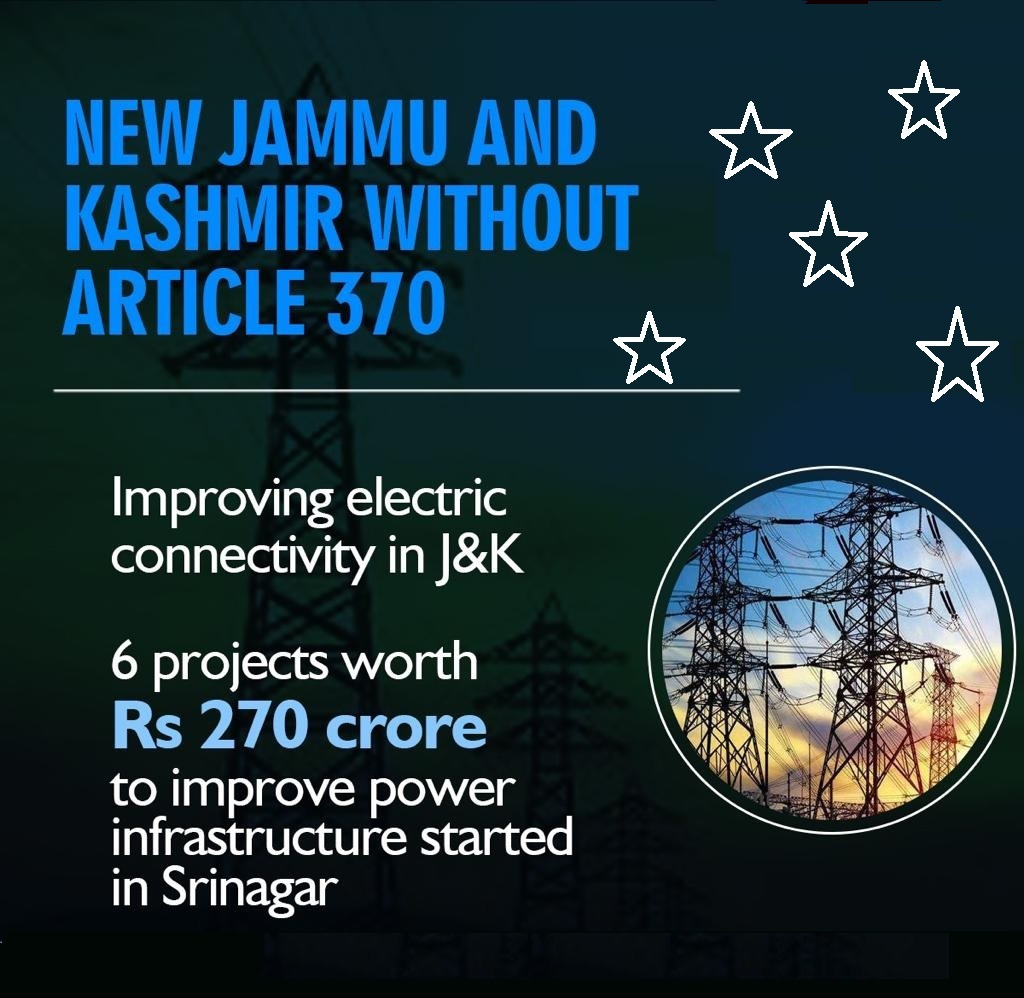 Here’s why Valmikis, West Pakistan Refugees & Gurkhas in J&K celebrate the Abrogation of Article 370. Valmiki Dalits of J&K became eligible for government jobs for the first time since 1957 when Article 370 was abrogated on August 5, 2019. The decision was to uplift them out of decades-old state-approved slavery……

It was a travesty of justice that the Valmikis who had been staying in the state for generations had been denied the permanent resident status with all its attendant benefits. The Dalits and the Valmikis (a large cluster of castes and local groups) were brought to the state of J&K between 1950-60. They were given permanent Resident Certificates on the condition that they and their future generation could stay only if they continued to be scavengers. Even after six decades of service in the State, their children were reduced to being sanitation workers (Safai-karamcharis). They had been denied the right to quit scavenging and choose any other profession. It was a matter of shame that the weakest strata of the society continued to be subjected to the worst forms of human rights abuses.

As per the rules of the state, the resident certificate issued to such persons, even if they are third or fourth generation settlers, declared them as “only eligible for the job of a scavenger”. So, even if a young lady from the community held an MBBS degree, she used to be employed in the state as a Safai- Karamchari (cleaner).

But with the repeal of Article 370, the Constitution has given a new lease of life to over 3,000 Valmiki community members who live on land allotted to their ancestors when they moved to Jammu in 1957 at the invitation of the then-State government headed by Chief Minister Bakshi Ghulam Mohammad to work as sanitary workers in the Jammu municipality.

Following the abolition of Jammu and Kashmir’s special status under Article 370 on August 5, West Pakistani Refugees (WPRs) much like the Valmiki community in the Union Territory have voted for the first time in their lives during the elections of District Development Council (DDC).

In 1981, the J&K State Assembly used its absolute Kashmiri majority to pass a law—the J&K Resettlement Act—which opened the doors for those Kashmiris and their descendants who had migrated to Pakistan or Pakistan-occupied Jammu & Kashmir (POJ&K) during the partition in 1947 to return to J&K as its legitimate citizens. They were also allowed to take charge of their ancestral properties. However, refugees from West Pakistan and their descendants, numbering about 1.5 Million today, had not only been kept out of this legal provision but the state government had consistently refused to let them or their descendants settle in J&K as “state subjects”. As citizens of India, they were not stateless persons, but being not permanent residents of J&K, they could not enjoy the basic rights and privileges as being availed by permanent residents of the state.

Thus, Article 35A gave a free hand to the state government to discriminate between various citizens of India on an unfair basis. It unjustly meted out preferential treatment to some others by tramping over others since the non-residents of the state were debarred from buying properties, getting a government job or voting in the elections. Ironically, the Muslim refugees from Xinjiang and Tibet who had migrated to Kashmir following the Chinese occupation of their countries in 1949 and 1959, respectively, had been granted “state subject ” status, along with voting rights in the Assembly by the J&K government.

Gurkha Soldiers and their families

The Gorkhas in Jammu welcomed the revocation of provisions of Article 370. The Gorkha community felt elated when the government scrapped Article 370, and now they believe that they will receive permanent resident certificates PRC), allowing their children and families to apply for jobs and seats in professional courses of their choice.

The Gorkha soldiers and their families shifted to J&K in the 18th century from Nepal to fight alongside the erstwhile Dogra army. Most of the families boasted of at least one war veteran. The community was allotted 816.25 square feet of the land per family and was allowed to vote in Assembly and municipality elections, but still they were denied permanent resident status (PRC). Denial of PRC pushed the community to backwardness as their children were deprived of the related benefits like reservation in educational institutions, eligibility for government jobs, seats in professional colleges, etc. They also could not buy land to live separately.