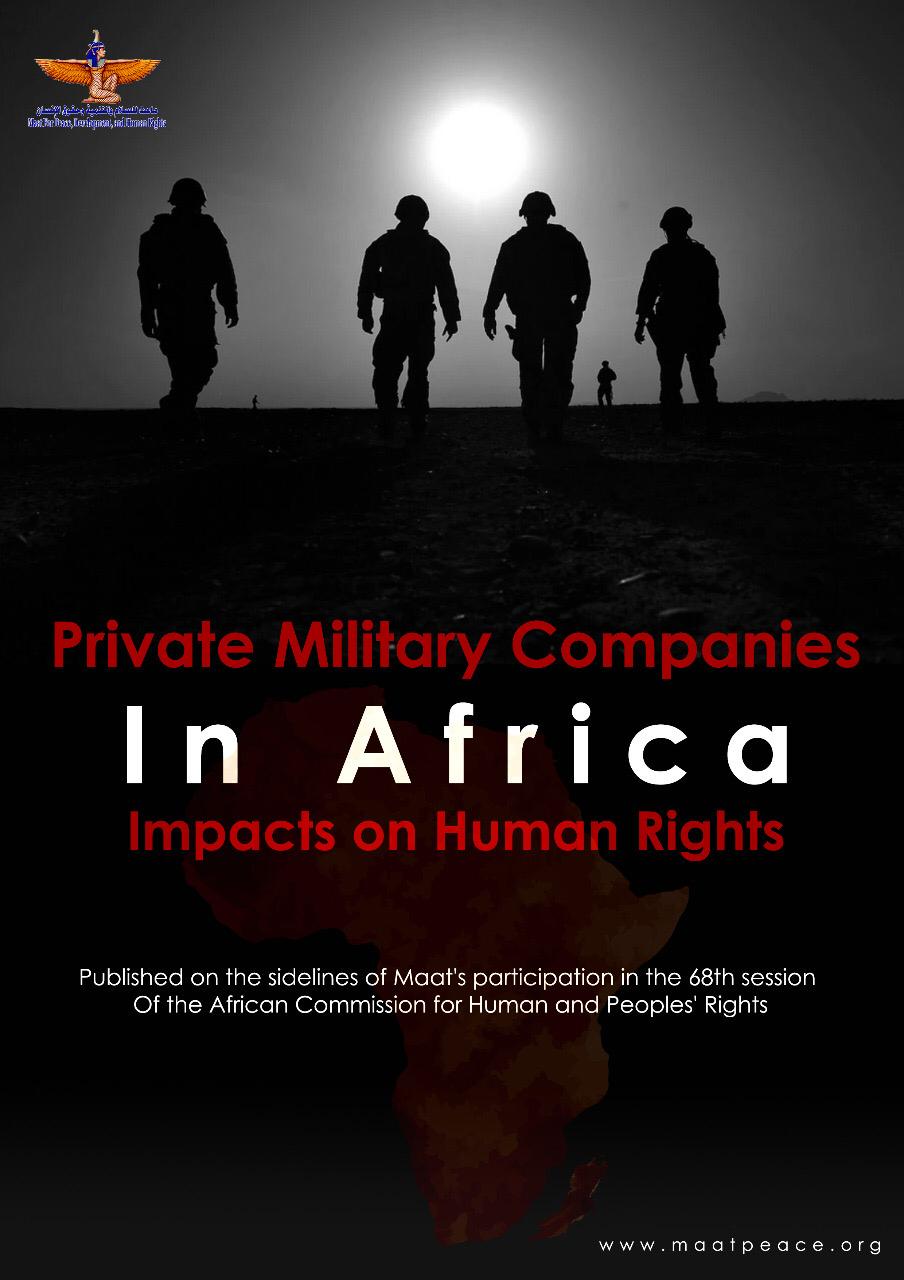 Okeil: The status of PMCs is inadequate and any violations that they or their states do not bear legal accountability

On the sidelines of its participation in the activities of the 68th session of the African Commission on Human and Peoples’ Rights (ACHPR), Maat for Peace, Development and Human Rights Association released a new study entitled “Private Military Companies in Africa and their Impact on Human Rights, Case Studies: Libya and the Central African Republic”.

The study traced the development of PMCs in Africa, and their role that is not only limited to providing security but also to assist governments or to implement respective agendas for their countries. The study emphasized that these companies had created a dangerous “gray zone” in which PMCs operate.

The study also focused on the cases of Libya and the Central African Republic, and dealt with the impact of these companies on the human rights situation in both countries.
In this regard, Ayman Okeil; president of Maat for Peace, Development and Human Rights, stated that the former Libyan government of National Accord received covert and overt international support from a large number of actors through those companies, which turned the country into a proxy conflict area, in parallel of the maze of private military actors that have been recruited, especially from Russia (Wagner Group) and Turkey.
“Okeil” also warned of the indiscriminate attacks caused by PMCs there, which caused the death of thousands of civilians, the destruction of vital infrastructure, disappearances, arbitrary detention, unlawful killings, and torture, all without any legal liability for them or their states.

The legal expert pointed out that the increasing threat in the Central African Republic, in which the situation has escalated into greater violence since 2013, has led to an increasing role for private security companies, especially Russian, which have been used to respond to violence and killings against civilians there. Okeil called on the international community to clarify the “gray zone” contained in international law about the legal status of these companies, which gave them a greater opportunity for lack of accountability for themselves or their countries.

It is worth noting that Maat for Peace, Development and Human Rights Association is currently participating as an observer at the African Commission on Human and Peoples’ Rights in its sixty-eighth session, and holds awareness seminars on the sidelines of the session’s events.