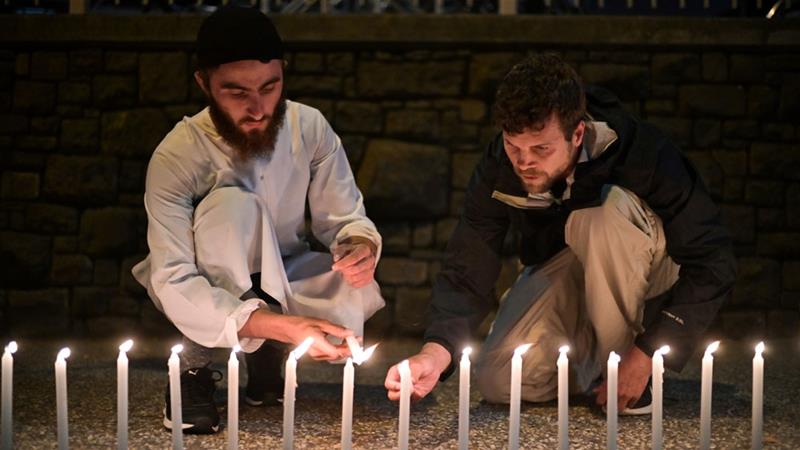 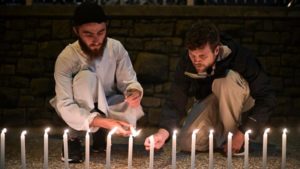 An imam who was leading prayers at a Christchurch mosque when a gunman brandishing semiautomatic weapons mowed down his congregation has said that the Muslim community’s love for New Zealand would not be shaken by the massacre.

At least 49 people, including children, were killed in Friday’s attacks targeting the Al Noor and Linwood mosques – the deadliest shooting in modern New Zealand history.

“We still love this country,” said Ibrahim Abdul Halim, the imam of Linwood Mosque, on Saturday, vowing that “extremists would never ever touch our confidence”.

Halim gave a harrowing account of the moment during the Friday prayers when gunshots rang out in the mosque, replacing peaceful reflection with screaming, bloodshed and death.

“Everyone laid down on the floor, and some women started crying, some people died immediately,” he told the AFP news agency.

But, he said, New Zealand Muslims still felt at home in the South Pacific nation.

“My children live here,” he said, adding, “we are happy.”

He said the majority of New Zealanders “are very keen to support all of us, to give us full solidarity”, describing how strangers exchanged hugs with him on Saturday.

“They start to… give me big hugs, and give me more solidarity. This is something very important.”

The main suspect, Brenton Tarrant, a 28-year-old Australian national, was charged with murder for the mass shooting.

Two other suspects were taken into custody while police tried to determine what role, if any, they played in the attack that stunned New Zealand – a country where even police officers rarely carry guns.

None of those arrested had a criminal history or was on any watchlist in New Zealand or Australia.

Al Jazeera’s Wayne Hay, reporting from near the Al Noor mosque in Christchurch said the site of the killings was “still very much an active crime scene”.

“People are coming around the police cordon to pay their respects, leave flowers and just to spend some time here to reflect on what has happened to Christchurch,” he said.

“It’s a very sombre mood here. There are still many armed police around the site where these killings took place.”

“Forensic police are still combing that area looking for any small piece of evidence lying on the road and cars as well are being looked at – anything that they can use in this case.”

Victims were from across the Muslim world, including Saudi Arabia, Turkey, Jordan, Bangladesh, Indonesia and Malaysia. The dead included women and children.

”Undoubtedly New Zealanders will question how someone could have come to have been in a position of weapons of this nature,” she told reporters on Saturday.