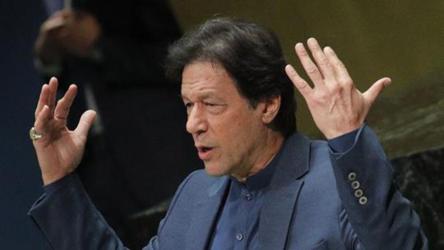 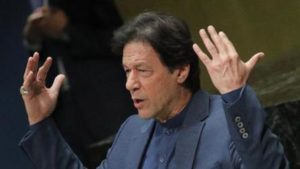 While Khan was returning to Islamabad from New York on September 28, it was reported that the Saudi plane developed a technical glitch following which the Prime Minister and his delegation returned to New York and then took a commercial flight back to Pakistan.

A Pakistani magazine has claimed that Saudi Arabia’s Crown Prince Mohammad bin Salman was “alienated” with “some dimensions” of Pakistani Prime Minister Imran Khans actions on the sidelines of the UNGA session in New York last month, that he ordered his “private jet to disembowel the Pakistani delegation” as a consequence.

Before attending the 74th session of the UN General Assembly (UNGA) in New York, Khan had first visited Saudi Arabia.

While departing for New York from Jeddah, the Saudi Crown Prince stopped Khan from embarking a commercial flight to the US and asked him to fly onboard his private jet as he could not let his guest travel in a commercial plane, Pakistani media reports had said.

But while Khan was returning to Islamabad from New York on September 28, it was reported that the Saudi plane developed a technical glitch following which the Prime Minister and his delegation returned to New York and then took a commercial flight back to Pakistan.

But the Friday Times weekly magazine has contradicted this claim and in an article published on October 4, it said: “The Saudi Crown Prince, Mohammad bin Salman, was so alienated by some dimensions of the Pakistani Prime Minister’s diplomacy in New York – he couldn’t have been happy at the prospect of Imran Khan, (Turkish President) Recep Tayyip Erdogan and (Malaysian Prime Minister) Mahathir Mohammad planning to jointly represent the Islamic bloc, nor with Pakistan’s interlocution with Iran without his explicit approval…

On the sidelines of the UNGA, Khan had met Erdogan and Mahathir, where the three leaders decided to launch “a BBC type English language TV Channel that, apart from highlighting Muslim issues, will also fight Islamophobia”.

Also during the UNGA, Khan had announced that he was working to mediate with Iran to defuse the tensions in the Gulf at the request of both US President Donald Trump and the Saudi Crown Prince.

Reacting to the Friday Times article, a Pakistani government spokesperson rubbished the claims on Sunday.

“This is a cooked up story. The leaders of Pakistan and Saudi Arabia have good relations. The conclusion of Khan’s meeting with the Turkish and Malay leaders is pure fiction. The report is aimed at political vendetta. We dismiss this report,” the spokesman added.