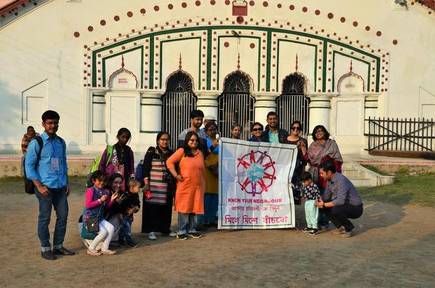 Heritage walks and mosque tours, and a database of landlords who won’t discriminate on the basis of religion: Kolkata fights back against communal rabble-rousing

On a muggy August Sunday, a group of around 52 people took a walk around the old Kolkata neighbourhood of Zakaria Street, observing the decades-old ittar stores and trying out fragrances, noticing the shop’s charming architectural details, and having spontaneous chats with the area’s residents. The walk was part of an ongoing initiative between Kolkata’s Presidency University and Know Your Neighbour (KYN), a social experiment aimed at promoting communal harmony in Bengal. The initiative was started in 2016 in association with SNAP (Social Network for Assistance to People) Bengal. 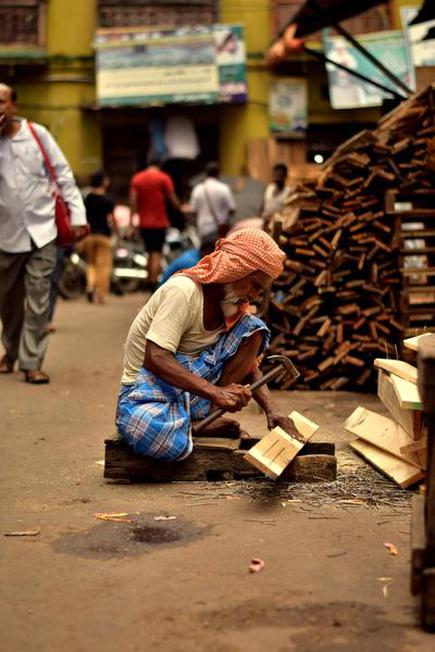 Sabir Ahmed of SNAP says he found the need for the initiative after seeing the increasing level of discomfort that other communities had about Muslims. He feels KYN is particularly important now when much of the fear is nurtured on social media and digital platforms like Whats-App. “My interactions with young participants revealed surprising misconceptions. Something like the practice of Dastarkhan, a traditional space for meals kept on a yellow cloth featuring Urdu couplets, had become the basis for speculation over why Muslims ‘eat in bed’. You hear about someone booking an Uber or a meal, finding the delivery person or driver is Muslim and cancelling the ride or order. I had a researcher from a reputed university abroad who wanted to do some study on the Muslim community, but refused to come to Kidderpore to meet me. I’d rather meet you in a café at Park Street, she said. Because she had heard it was not a ‘good area’. It’s all becoming so strange.”

As Ahmed says, there are many people who do not know a single Muslim person in their social circles. Combined with the bewildering array of misconceptions, it becomes a dangerous brew. KYN’s walks go deep into specific areas and are followed by interactions with locals. “For instance, we may explore Unani medicine by interacting with families who have been in the business for decades. We find out about Hindu zamindars who used to live in Zakaria Street, the big Durga Puja that happens in Raibari, the Mohammed Ali Library, which has books on the Ramayana, the Mahabharata, the Bhagavad Gita — in Urdu. We take non-Muslim women into the masjid, breaking the myth that women are not allowed inside. All this opens people’s eyes to the reality, combating their ignorance,” says Ahmed.

This is one of the reasons that motivated Garima Dhabhai, an assistant professor with Presidency University to sign up her students for a walk with KYN. “We live in times when stereotypinghas become normal,” she says. “Today’s generation, and, in fact, a lot of us, are fed so many things on social media about a community — news, images, videos, memes. Misconceptions happen not because people are from a conservative background but because they are constantly exposed to such images. Then there’s an entire discourse about Muslim culture in Kolkata that’s associated with biryani, kebabs, Awadhi nawabs and so on, which is stereotypical in its own way. This is where initiatives like KYN become necessary. The idea is to get in there and see the actual reality.”

Dhabhai recounts how the ittar shops attracted the students, and how at an imambara, one of the students started telling them about his memories of the space. “He became our guide, in a spontaneous way.”

This de facto guide was Farhan Zafri, a Political Science student from Presidency. “This area was a major part of my childhood and I know how most people have a limited view of it. It’s been ghettoised as a run-down place, or identified only as an area to go to for kebabs, sevai etc. during Ramzan. But it is so much more.” He was excited that his friends and professors were exploring the musafirkhanas, the imambargahs, and ittar shops of his old neighbourhood. “I was able to show them where rituals are held, how a traditional majlis is held, the narrative behind Muharram. I was humbled by the appreciation this area so close to my heart drew.” 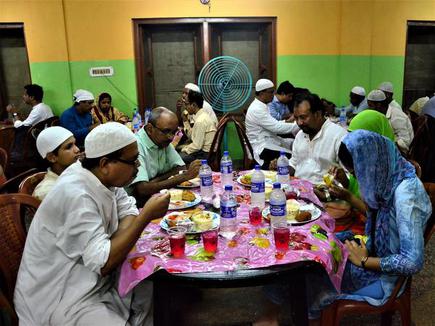 Apart from walks, KYN holds regular events across the city, including iftar get-togethers and Kolkata Mosjider Kotha (Tales of Kolkata’s Mosques). “Mosques are spread across the city but people only know of a handful,” says Ahmed. “There are mosques here named after the women of Tipu Sultan’s family — people don’t know about that.” KYN also hosts interesting cultural food tours such as Breakfast with Bakarkhani and Dosti ki Iftari.

Another initiative in response to the increasing and open distrust between communities is Open The Door. Started in April last year by voluntary group Sanghati Abhijan (‘campaign for people’s unity’), it is a citizen-led attempt to create a database of landlords in various cities and towns of West Bengal who will not discriminate on the basis of religion. The group’s Facebook page says it is “an attempt to fight rampant discrimination against Muslims’ access to housing.”

Sanghati Abhijan started off as a citizens’ initiative for direct action against communalism when “there was a series of communal flare-ups in Bengal, in places like Asansol, Naihati etc.,” says Kasturi Basu, a filmmaker, who signed up to help with the campaign.”

Even as the group was holding its first few meetings, two incidents took place. Four junior doctors were thrown out of their rented home because of their religion, and a student was refused a house after the landlord learned her last name. Sanghati Abhijan took up the cases, spoke to the landlords, and got them to rethink their decisions. That was how Open The Door started.

In the beginning, they were contacted by people who had faced similar issues. “We used to deal with it case by case. We would go and speak to the landlords, and in most cases we were successful in changing their minds. Sometimes, the landlords wouldn’t budge. One said, ‘It isn’t me — it is my old mother who has these biases.’”

Later, Sanghati Abhijan started its Facebook page, where flat or homeowners could post, but only if they agreed not to discriminate. “Later, we also added that there should be no discrimination based on sexual orientation, caste, etc. It has started rolling, and now people don’t need to come to us. Many people have found accommodation through the page.”

Basu recounts the strange ‘Only vegetarians allowed’ ads that she and her husband came across while searching for a place to rent in Kolkata. “We were intrigued. What does it even mean in a city like Kolkata where most people are non-vegetarian? Then, after calling up a few places, we found out that it was actually code for No Muslims. They had no problem with non-Muslims who they imagined would eat meat but not beef.”

Basu thinks the government needs to step in and declare a no-discrimination policy for the housing sector — “or else Muslims will just not get to decide where they can live. They will always have a limited choice and be pushed to live in those few ‘Muslim areas’, and they will get ghettoised further.”

The freelance writer is founder-editor of Jalebi Ink, a media collective for children and youth.