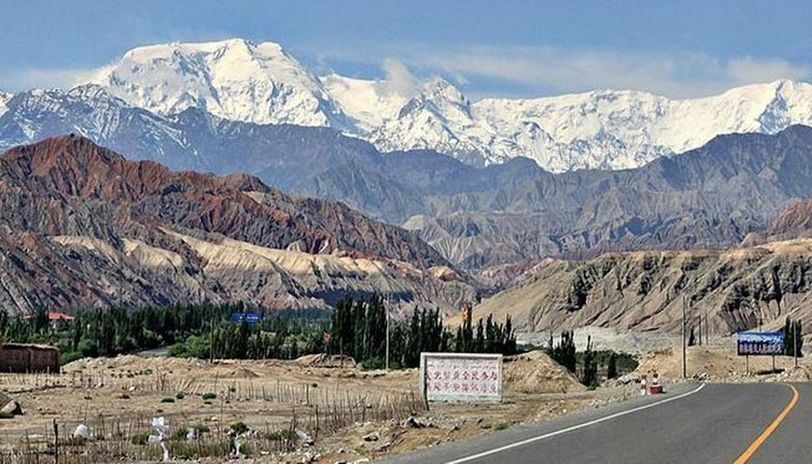 Facebook
Twitter
Pinterest
WhatsApp
Clicktv.in
Just a day after waving its irrational map that claims Kashmir, Junagadh and other Indian territories, it now seems that Islamabad, in a U-turn of the century, is about to incorporate Gilgit-Baltistan into a full-fledged province.
But this attempt to incorporate and upgrade the GB into a Pakistani province is untenable has no legal grounds. Here’s why!
One, the proposed ‘inclusion’ of Gilgit-Baltistan into Pakistan legalises the China-Pakistan Economic Corridor (CPEC) activity in the region, and allows Beijing greater ingress.
Second, if the India-China conflict flares up, and Pakistan opens a second front, Kashmir would truly get internationalised, with the United Nations forced to step in; a process that has been foreseen by Indian officials but with one important difference – Pakistan gets to keep Gilgit-Baltistan, even as its multicoloured map expands its claims. If there is a war, to the victor goes the spoils. And given the way the United Nations Security Council (UNSC) works, possession is nine points of the law.
Third, the civilian government has no power to decide on such a course without the military’s nod. And the military is not at all interested in providing any rights to the people of Gilgit-Baltistan.
Fourth, the legalising of Pakistan’s stranglehold over Gilgit-Baltistan means that roadblocks to Chinese investors in setting up industry or buying up land will be removed. No bank worth its bonds will give loans to a project where the issuance of a title of ownership of the land (Pakistani/Kashmiri/local) is unclear. Indeed, the Minister for Kashmir Affairs also announced that the Chinese-financed Moqpondass SEZ (special economic zone) will now go ahead. This project takes up 250 acres officially and 500 acres unofficially. Earlier, the land was sought to be acquired under the archaic rules of the Dogra period, which allowed takeover of community land without compensation. That naturally led to protests. Another project in nearby Diamer was taken over under a different set of rules altogether. This medley of confusing rules led to delays, including in the Chinese-financed Gilgit KIU Hydropower plant, or even for private Chinese citizens acquiring land. Giving full constitutional status to the former colony removes these anomalies.
Fifth, Pakistan has thrice tried to get the Kashmir issue into the agenda of the UNSC, with the support of China, on the grounds that after the abrogation of Article 370 in Jammu and Kashmir, there is heightened danger of war between the two nuclear powers. Each time, the UNSC has dismissed it as a bilateral issue and not relevant for discussion.