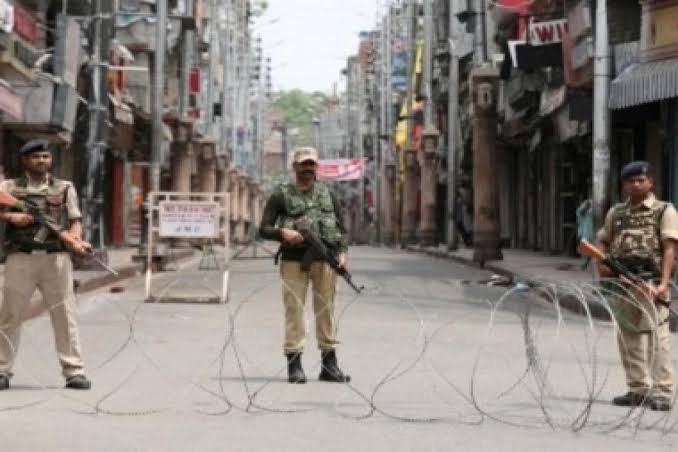 Joining the Dots is a weekly column by author and journalist Samrat in which he connects events to ideas, often through analysis, but occasionally through satire

It took a few hours for the shape of Jammu and Kashmir to change. The state that had begun life in the 1800s through the conquests and machinations of Maharaja Ranjit Singh, the Dogra king Maharaja Gulab Singh, and the British, is now an atoot angh (unbreakable part) of India like never before. Its “complete integration” was an article of faith for the country’s Hindu nationalists going back to the Jan Sangh founder Syama Prasad Mookerjee, who died in Srinagar after his arrest while leading a protest against the state’s special status, in 1953. By removing Article 370 the current BJP government led by Prime Minister Narendra Modi and Home Minister Amit Shah have fulfilled a long-cherished dream of the Sangh Parivar and its affiliates, and an electoral promise repeated by the party from the time of its founding.

Should such a thing have been done? Should it have been done in the manner in which it was done? Opinion is obviously sharply polarised on the issue. The legal debate is already on and is likely to continue, because this was clearly a very dodgy move legally. Wiping out the existence of a state by jailing its entire political class, sending in the military, putting out fake news in the media to divert attention, and snapping communication links, is not exactly a very proper way of going about it. On the other hand, the letter of law may not have been breached even as its spirit was being eviscerated — it will be up to the Supreme Court to judge on this.

Whatever its legal quality, the move was a fine example of cloak and dagger manoeuvring. Viewed as an operation to secure direct military control of Kashmir, it was efficiently executed. With the Americans under President Donald Trump in a hurry to exit Afghanistan before the US presidential polls next year, which will leave the Taliban in charge, there was an apprehension that the terrorists freed up there would find their way to Kashmir after they had sorted out their internal differences. Moreover, this might have happened irrespective of whether Jammu and Kashmir was being ruled as a state with Article 370 and an elected Chief Minister, or not, since groups such as Lashkar-e-Toiba and Jaish-e-Mohammad are not concerned about democracy and its niceties. However, by doing what it has, the Indian government has shed all pretences of holding the moral high ground. It has also set the stage for Kashmir to become another Palestine, a global point of focus for the Muslim world — something that Kashmiri militants such as Yasin Malik have long been trying, unsuccessfully, to do.

The disputed map of Kashmir thus came into being through a long process of empire-building by many different rulers over centuries.

It changed shape many times during those centuries. The diverse peoples within its shape-shifting territory all played key roles at pivotal points in its historical evolution. It was not the creation of any one group or individual; it was an outcome of centuries of power play and machinations between Hindu and Muslim Kashmiris, Ladakhis, Afghans, Sikhs, British, Dogras, and others. None of these empire-builders concerned themselves with the homogeneity or heterogeneity of the people in the empire, or the notion that their territory ought to correspond with any national homeland. Indeed, the idea of nation-state, that “a large body of people united by common descent, history, culture, or language, inhabiting a particular country or territory” form a nation and are entitled to their own state, did not exist in any meaningful way until after World War I.

The diversity of Jammu and Kashmir has become its bane in a world conditioned to reflexively think of peoples as nations with their own exclusive territories. The conflict in Kashmir is a conflict of colliding nationalisms: the Muslim nationalism of Pakistan, the increasingly Hindu nationalism of India, the Kashmiri Muslim nationalism of the Kashmir valley. Each of these nationalisms has sought to impose itself on smaller groups living under its sway. Thus, the Indians, like the Pakistanis, have sought to rule over Kashmir by any means necessary. On their part, the Kashmiris from the valley, who are the dominant group within the state, have, for decades, lorded it over the people of Jammu and Ladakh.

The actions of each of these nationalisms is tainted to differing degrees by the blood of innocents, whether through invasion, assassinations, torture and enforced disappearances, or terrorist attacks.

It cannot be that big nationalisms are good and little ones are evil, or vice versa. Yet, the Indian nationalist or Pakistani nationalist will cheer the big nationalism while cursing the small one. The opposite pathology afflicts the Indian and Pakistani liberal or Leftist who sympathise with the little nationalisms but hate the big ones. I find this to be most odd. After all, big and small are relative. In a land as diverse as India, there are always local majorities and minorities, and the timid minority in one place is often a bullying majority in another. Majoritarianism is not something that occurs at one scale alone; it repeats itself like a fractal pattern.

The effort to draw a line on a map such that there is only one homogenous population within its borders is a proven impossibility in this subcontinent. It was what Partition sought and failed to achieve despite a million deaths and the largest mass migration in recorded history. Yet it is the idea that still animates dreams of Hindu Rashtra here and an endless quest for purity in Pakistan. Such is the power of sunk costs.

Poet Allama Iqbal, the spiritual godfather of Pakistan, was a Kashmiri from an Ahmadiyya family. Mohammad Ali Jinnah, the founder of Pakistan, was a Westernised Shia. Both Ahmadiyyas and Shias now face sectarian violence in Pakistan; they are not the right kinds of Muslims, according to their antagonists. They are not “pure” enough. The Kashmiri nationalist freedom struggle, which embraced all kinds of Kashmiri Muslims, made its fatal mistake by driving out the Kashmiri Pandits. The Pandits were, of course, Hindus.

The Hindu nationalists now ruling India think their time has come. They like homogeneity, hierarchy, purity and obedience. They are trying to make an obedient nation-state of a subcontinent of argumentative Indians by steamrolling over its diversity. Will revoking Article 370 make the Kashmiris more Indian? Will purifying the country by torturing a few million poor Bengalis as Bangladeshis make a stronger India? Will greater “integration” of Northeast India draw that region more securely into the “national mainstream”?

I have my doubts.