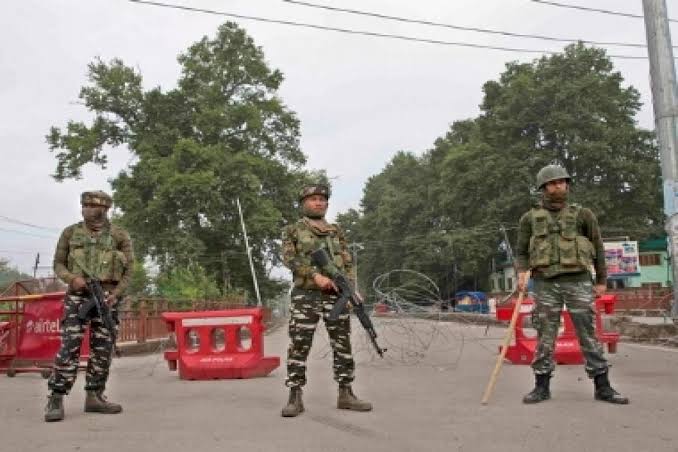 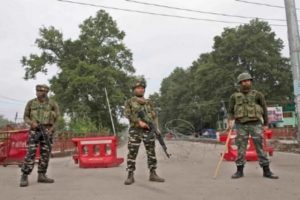 Srinagar’s Mirwaiz Rasul Shah set up the Anjuman Nusrat-ul-Islam in 1899, to combat bidaat, the practice of folk Islam. Two decades later, Sayyed Husain Shah Batku, educated at a Jami’at Ahl-e-Hadith seminary in Delhi, brought its ideas to Shopian, in south Kashmir. Today, the rise of these ideas is visible across Kashmir — and the destruction of Kashmir’s political life threatens to give complete hegemony to the project patiently built by its Islamist patriarch, Geelani.

From the pulpit of a mosque in the small south Kashmir village of Chimmar, Ejaz Naik — with an assault rifle slung over his shoulder — addressed the congregation on Eid. “India has declared war on Islam,” a villager present there recalls him saying. Later in September, he went on to say that Pakistan would bring Kashmir’s case to the United Nations and that it was vital businesses stayed closed to signal the rage of the people against India.

“Every single police officer, every single government servant, every single sarpanch and legislator must resign,” he demanded, “Then, if the world doesn’t listen, there will be a final war here — and we will make sure the blood of traitors flows in the streets.”

Few in the village think it’s wise to disagree with jihadists — publicly. Muhammad Iqbal isn’t among them. “I’m hopeful,” he says, “that if the government keeps its promises to release funds to our panchayat, we’ll finally get the development we need. That is the only way forward.”

The thing is this: Muhammad Iqbal’s wife, Naza Akhtar, is Chimmar’s village head, elected unopposed as sarpanch last year, and Ejaz Naik is their son.

Ever since he took office, Home Minister Amit Shah has made no secret of his contempt for Kashmir’s political leadership, vowing more than once to isolate what he’s described as a venal, dynastic élite. He has been pushing hard for a new leadership to emerge from the grassroots, through panchayat leaders elected last year, who will now be empowered by Central legislation devolving development funds to local bodies.

The idea is sound, in theory — but the story of Chimmar helps understand how much of the new leadership on which New Delhi is banking is enmeshed in the compromises and coercion that led to the implosion of the political system back in 2016. Perhaps worse, the sidelining of Kashmir’s established political actors — venal and incompetent as they might be — has ceded ground to Kashmir’s most organised political force, the banned Jama’at-e-Islami.

Last year’s panchayat elections, on which New Delhi’s strategy is founded, saw a voter turnout of 41 percent — orders of magnitude higher than the seven percent seen in the by-election to Srinagar’s Lok Sabha constituency last year. But no candidate at all stood in 708 of Kashmir’s 2,135 halqas, or panchayats, and 699, like Akhtar, won unopposed.

In practice, that means the local, village-level leadership lacks mass legitimacy — which, in turn, makes it heavily reliant on the patronage of more powerful actors, like the Jama’at, and its jihadist affiliate, the Hizbul Mujahideen.

Through southern Kashmir, the Jama’at cadre, along with recruits drawn to the neo-fundamentalist Jami’at Ahl-e-Hadith, have been key to poster campaigns pushing the jihadist shutdown that has seized Kashmir ahead of the 27 September meeting of the United Nations General Assembly — a shutdown that is being enforced by bullets.

Printed on A4 sheets, the posters warn that those who fail to close their businesses, or resign government jobs, face execution. Even though the government has reopened schools, neither students nor teachers are attending; the offices of sub-divisional and block officials in rural areas are empty.

In the village of Meminder, at the vanguard of the 2016 rebellion, Jama’at-e-Islami supporter Ashiq Husain Naikoo is confident their strategy is working. “We don’t need to throw stones or burn buildings to show how we feel,” he says, “Today, there is only one leader for all Kashmir, Syed Ali Shah Geelani.”

Late in the 19th Century, Kashmir saw the emergence of a new urban bourgeoisie, drawn from the ranks of the first generation of Muslims to acquire an education in British India. Srinagar’s Mirwaiz Rasul Shah set up the Anjuman Nusrat-ul-Islam in 1899, to combat bidaat, the practice of folk Islam. Two decades later, Sayyed Husain Shah Batku, educated at a Jami’at Ahl-e-Hadith seminary in Delhi, brought its ideas to Shopian, in south Kashmir.

Today, the rise of these ideas is visible across Kashmir — and the destruction of Kashmir’s political life threatens to give complete hegemony to the project patiently built by its Islamist patriarch, Geelani.

In Srinagar’s Batmaloo, local residents once thronged to a shrine where local legend has it that it rains during the visits of true believers, a testament to the powers of the saint buried there. Today, the main road has markings for a series of Salafia colonies — denoting their allegiance to the Jami’at Ahl-e-Hadith. Traditional rites, like the Rasm-e-Chehellum funereal feast, are disappearing.

Saaduddin Tarabali, a protégé of Jamaat-e-Islami founder and ideologue Maulana Abul Ala Maududi, was a product of this climate. His recruits were the educated children of bourgeois families, dismayed by the secularist politics of the National Conference. Geelani — now terminally ill, and under arrest — cut his teeth in this climate. Born in 1929 in the north Kashmir village of Zurimanj, the son of a landless agricultural labourer, Geelani was initially drawn to the Left-leaning National Conference.

Later, though, working as a teacher at a government-run school in Srinagar’s Rainawari, Geelani encountered Maududi’s ideas — and was drawn to the idea that Islam was not just a system of faith, but the foundations of a political order. The Jama’at fought the 1971 Lok Sabha elections without success, but won the next year. Geelani served in the Assembly in 1972, 1977 and 1987 — more terms than any Jammu and Kashmir chief minister.

In 1975, when the Jamaat’s 125 schools were briefly closed down by the government, they had on their rolls an estimated 25,000 students. The Jamaat believed, writes scholar Yoginder Sikand, “that a carefully planned Indian conspiracy was at work to destroy the Islamic identity of the Kashmiris”.

Geelani initially kept his distance from the jihad which broke out in 1989, but soon shifted decisively to its side, and emerged as the jihadists’ ideological pole star. From 2006, he patiently stitched together a new political campaign against India, centred around the threat secularism posed to Islam and Kashmir’s identity.

Kashmir’s political leadership, and India’s intelligence services, capitulated. Faced with the murderous anti-India uprising in 2010, the government even reinstated 440 teachers who lost their jobs when schools linked to the Jamaat-e-Islami were closed down in 1990. “Even if the wealth of the whole of India is put in my pocket,” Geelani promised, “I will not barter away the sacrifices of our martyrs.”

In the summer of 2016, a giant tide of rage swept off the mountains, through the small village of Damal Hanjipora, perched in the shadows of the Pir Panjal range. Local villagers burned down their police station, and looted more than 40 weapons and ammunition from its armoury. Local legislator Abdul Majid Paddar’s home was torched. “I came home from Punjab,” recalls labourer Mudassir Wagay, “because my friends told me azaadi had been won”.

Local National Conference workers, though, led the rebellion — and ruled Damal Hanjipora, with the help of jihadists, through its three-month so-called independence — to displace the People’s Democratic Party, which then ruled.

In 2010, cadres linked to former state home minister Ali Muhammad Sagar — now in prison in Uttar Pradesh — were filmed attacking police personnel; in 2008, People’s Democratic Party workers openly allied with the Hizbul Mujahideen through the course of the communally-charged violence that year.

Helped back to power in 1996 by India’s intelligence services and government, as part of a project to revive Kashmir’s political life, leaders like former chief ministers Faarooq Abdullah and Mufti Mohammad Sayeed failed to confront the Islamist movement — instead seeking alliances with it to marginalise their authority, and cement their power.

Today, that strategy has reached a cul-de-sac. Former chief minister Omar Abdullah, remains incarcerate in a suite in Hari Niwas Palace in Srinagar — a one-time Border Security Force interrogation centre that local legend holds is haunted. He has grown a beard, police officials who have visited him say, and spends time reading books, and practicing his kickboxing. Former chief minister Mehbooba Mufti, has had a harder time adjusting to life in incarceration.

For the most part, local leaders who are still out of prison — like Padder, from Damal-Hanjipora, or Sakina Itoo, from neighbouring Noorabad — have left their rural homes, powerless to influence events and fearing violence from terrorists. Kashmir’s establishmentarian politics, built around asserting ethnic-religious exceptionalism within the constitutional walls of the republic, has seen its pillars blown up. The only actors still standing are the Islamists who, from the outset, have asserted Islam and the Indian republic cannot coexist.

For now, at least, the road to the new Kashmir the government is headed on seems to be leading to that destination its people have come to know all too well, a place called impasse.