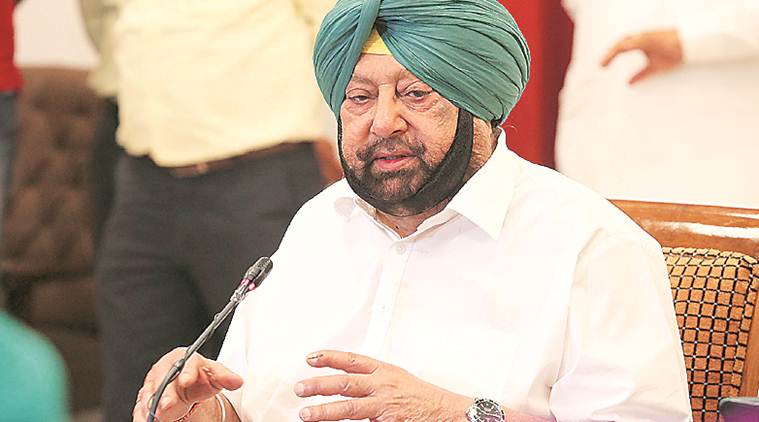 Chief Minister Capt Amarinder Singh received a huge outpouring of gratitude from Kashmiris on Sunday after he came to the rescue of a student from Bandipora, who was finding it difficult to get treatment at PGIMER.

The twitterati reacted by heaping praise on the CM, calling him the unsung hero of Kashmir.

It was on Sunday morning that Nasir Khuehami, spokesperson of the J&K Students Association, a body working for Kashmiris outside the valley, tweeted his gratitude to the CM and his media adviser Raveen Thukral. He tweeted, “A saviour is not less than the messiah. I express sincere thanks to Punjab CM Captain Amarinder Ji for his timely intervention and support in the matter of Kashmiri student who is suffering from colon cancer. He is the real hero.We salute your endeavour and your stand is an eye-opener for all those claiming themselves as champions of social activism without action.’’

Responding to Khuehami’s Tweet, Capt Amarinder wrote, “I see all Kashmiri students as part of our family and want all of you to look at Punjab as your second home. I and my government are always there for you.’’

Khuehami said he contacted the CM through his media adviser Raveen Thukral on Saturday after Mujeeb Ahmed, a student of City College, Jalandhar, who is suffering from colon cancer, wasn’t attended to at PGIMER, Chandigarh

“Raveen ji acted swiftly and asked us to take Mujeeb back to PGIMER. Now his treatment has begun in right earnest. It is all thanks to CM Capt Amarinder and Raveen ji,’’ says Khuehami, who is pursuing post-graduation in political science from Dehradun.

Kashmiri students were quick to express their gratitude. Banday MurSal, an author and activist, tweeted, “I used to tell people that Punjab is my second home. Today you stamped it. Thank you si@capt_amarinder.’’

Khuehami, who has been working closely with Khalsa Aid to help Kashmiri students following the clampdown in the Valley after the August 6 abrogation of Article 370, says he got a call for help from Mujib late last week. The student could not get in touch with his family in Kashmir after suffering from severe pain in abdomen. He also did not have any money to get himself treated. “We asked our volunteers to give him Rs 10,000 and take him to PGIMER but the attitude of the medical staff there was lackadaisical.’’

Earlier on August 12, Capt Amarinder had invited 125 Kashmiri students for lunch at his house to celebrate Eid. He had told them, “We cannot replace your families but I hope you consider us as your family too.”

During the backlash against Kashmiri students that followed the Pulwama attack too, the CM had directed the district administrations to ensure the safety of the students.