Home CRITICLES Representatives of all traditions have to work together to combat Covid-19: ... 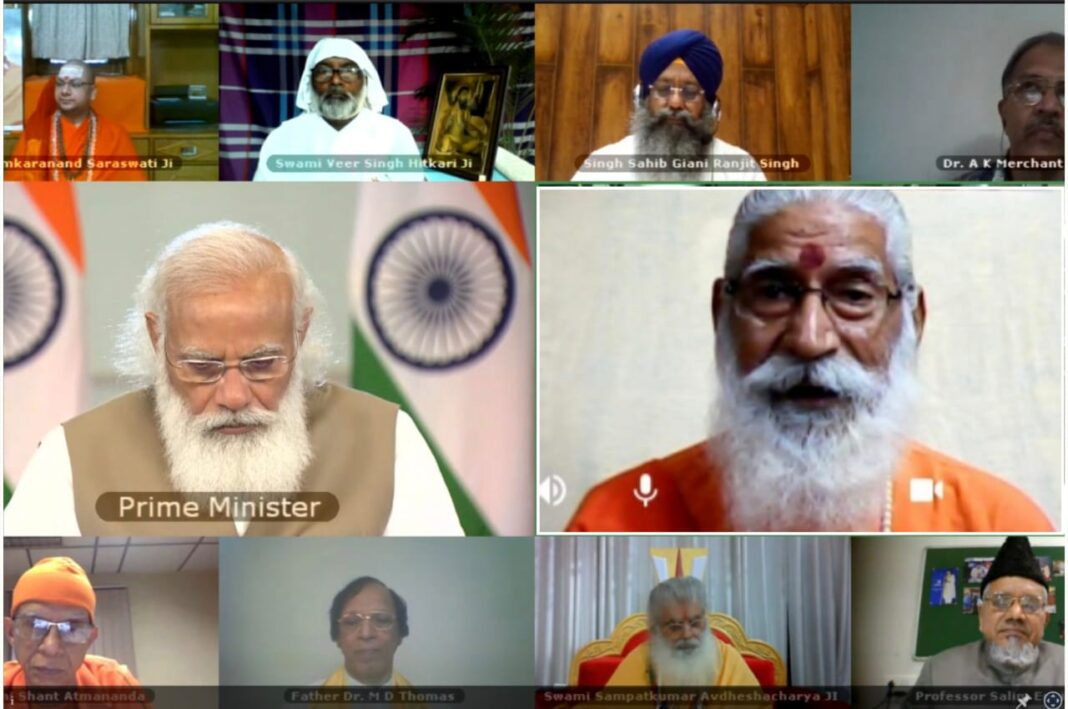 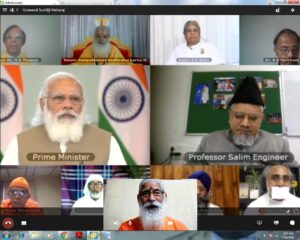 Prime Minister Narendra Modi on Wednesday interacted with representatives of religious and social organisations to discuss the Covid situation and exhorted them to work with the government to spread awareness about vaccines and tackle vaccine hesitancy.

He also asked the leaders to be a part of the celebration of 75 years of Independence and asserted that “we should work toward uniting the entire length and breadth of the nation through a ‘Bharat Jodo Aandolan (Unite India Movement)’, and showcase the true spirit of ‘Ek Bharat, Shreshtha Bharat’”.

In his interaction via video conferencing, Modi said the deliberation was yet another example of society and government working together for the benefit of the country.

He appreciated the work done by these organisations towards meeting the challenges posed by Covid-19, a Prime Minister’s Office (PMO) statement said.

During the interaction, Modi said the help provided to people during the pandemic was beyond caste or religious considerations and was a shining example of ‘Ek Bharat-Eknishtha Prayas’.

Across the country, temples, mosques, churches and gurudwaras doubled up as hospitals and isolation centres, while also helping the needy get food and medicines, he said.

The prime minister discussed the rapid rollout of the vaccination drive in the country, adding that the ‘Sabko Vaccine, Muft Vaccine’ campaign is like a shield in the fight against Covid, according to the PMO.

He exhorted the religious and community leaders to join the efforts of the government by helping spread awareness about vaccination and help combat rumours and confusions about the vaccines, the PMO said.

Modi asked them to work in collaboration with the government, especially in areas where there is high vaccine hesitancy.

This will go a long way in helping health workers reach out to each and every citizen, he noted.

The prime minister also asked the leaders to be a part of the celebration of 75 years of Independence and ensure that everyone becomes a part of ‘Azaadi ka Amrut Mahotsav’.

“On this occasion, we should work toward uniting the entire length and breadth of the nation through a ‘Bharat Jodo Aandolan’, and showcase the true spirit of ‘Ek Bharat, Shreshtha Bharat’,” Modi said, according to the statement.

The leaders thanked the prime minister for organising the interaction and lauded his decisive leadership in the fight against the pandemic, the PMO said.

They spoke about the exemplary work done by different religious and social organisations towards tackling the challenges posed by Covid, it said.

They voiced their support towards spreading awareness about the ongoing vaccination drive and provided their ideas and suggestions for preventing the third wave, the statement said.