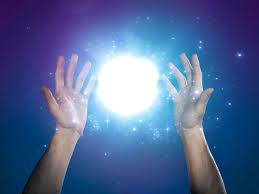 Facebook
Twitter
Pinterest
WhatsApp
Click Tv
There is a common perception that “Religion is created by people for their own benefit”. This could be explained in this way: There’s something called ‘organised religion’ which is indeed created and crafted by certain people in order to heap worldly, material and financial benefits from that. For instance, Sufi saints preached and practiced ‘religion’ as ‘spirituality’ but today’s gaddi nasheens turned it into an ‘organised religion’ for their own matristic benefits. A lot of dynastic ‘gaddi nasheens’ (custodians of shrines) and self-serving and rapacious mujawirins (shrine keepers) are benefitting from this organised religion.

This can also be understood from a historical fact that in the name of ‘religion’, bloody wars have been fought, lives have been lost and conflicts of civilisations have been created. But the essence of religion i.e. spirituality, is free of these vices. While the ‘organised religion’ means seeking power, properties & matristic gains, spirituality is all about seeking love and transcendence, focusing on one’s inner being and spiritual journey rather than political or worldly interests. Therefore, there is an increasing number of spiritual people around the world, especially inspired by Sufism, who call themselves ‘spiritual’ and not ‘religious’. They like to assert this difference because in their view, while the organised religion is exclusive and ideologically, politically or materialistically motivated, ‘spirituality’ is all-inclusive, all-encompassing and loving; in a nutshell, it is: love for all, malice towards none.

The idea of Oneness of God or what is known as Tawhid in Islam, is common in all Asmaani Mazahib (revealed religions) including Judaism, Christianity, Islam and even all the Indic religions like from Hinduism to Sikkhism. But later interpretations have varied from time to time and have affected the belief in the Oneness in most religions around the world.

According to the Qur’an, God has sent His revelations in every age and to every people for the guidance of human beings: “For each period is a Book (revealed)” (13:38) but only four revealed scriptures have been mentioned by name in the Qur’an: Torah, Zabur, Injeel and the final revelation, the Qur’an. Therefore, there are many Muslim thinkers who ponder on the idea of Islam as being a universal religion which does not confine itself to any particular prophet or to any particular age. Prophet Muhammad pbuh never claimed that he was founder of Islam or that his religion was a new one, rather he preached the same religion and faith of the former prophets with a new code of conduct (Sharia) in full conformity with the modern changes and necessities.