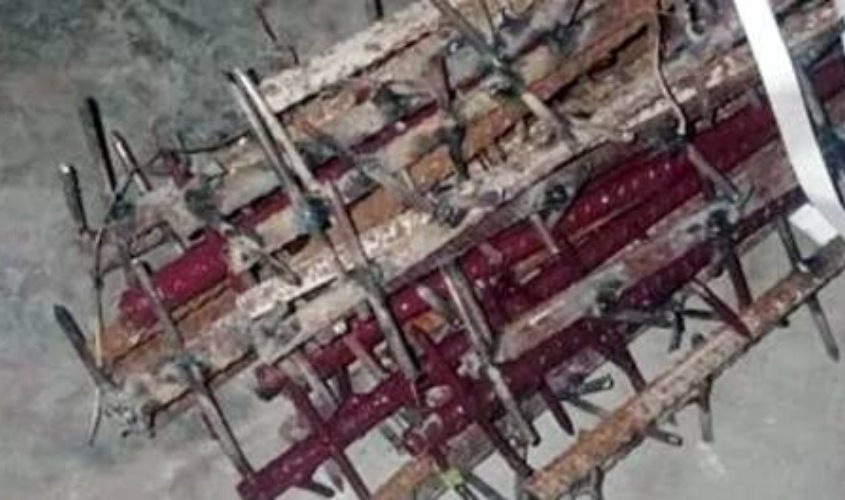 The Chinese People’s Liberation Army (PLA) soldiers and officers used medieval torture instruments—clubs with metal spikes, and heavy rods wrapped with barbed wire, all prohibited under the 1977 Protocol 1 addition to the 1949 Geneva Conventions—to attack, kill and permanently injure Indian soldiers and officers during the evening/night of 15 June. So far, 20 soldiers and officers, including a Colonel, were martyred by marauding PLA soldiers; many are undergoing treatment in military hospitals.

The grievous injuries and other specific details have not yet been publicly reported by the Indian government. BJP National Executive Member, MP and former Cabinet Minister, Dr Subramanian Swamy replied to my question at the Foreign Correspondents Club press conference by agreeing with my suggestion and stated that the barbarity and violation of international laws should be reported widely to the international community. Dr Swamy added that it was supplementary to firing of bullets and manoeuvring tanks and a very useful addition in the confrontation that will likely be ongoing and long-term. While the folly of a former Prime Minister taking the Kashmir issue to the UN is well known, this is a different matter altogether; India recently became a non-permanent Member of the UN Security Council, and what better use of that membership than to raise this travesty, and record for posterity in the immortal words of President Reagan, “those who help us and those who do not”?

It is hard to imagine that erudite intellectuals like Chinese Politburo Members Wang Huning or even President Xi Jinping ordered anyone to carry medieval weapons to attack Indian soldiers. Yet they must take vicarious liability and responsibility for the brutality as they are technically in command of the PLA, no matter how nuanced the reality of the vast military-industrial complex that the PLA is that I have explained in a recent column.

In the October 1962 war, Government of India reported that China had violated the Geneva Conventions. The rapidity with which Chinese troops attacked resulted in 3,942 Indian prisoners of war, who were then marched to Tibet and kept at three different camps—Drowa Gumpa, Taku Gumpa and Chenjyi. The government stated that the Chinese violated all accepted principles of civilised conduct in the treatment they accorded to the sick and wounded and the prisoners of war, and a memorandum was sent to the International Committee of the Red Cross listing the breaches of the various clauses of the Geneva Convention.

It is to deal with those aspects not covered by the original Geneva Conventions that the Additional Protocols were approved in 1977.

(1) In any armed conflict, the right of the Parties to the conflict to choose methods or means of warfare is not unlimited.

(2) It is prohibited to employ weapons, projectiles and material and methods of warfare of a nature to cause superfluous injury or unnecessary suffering.”

In this context, and given that humanitarian law is often designed in Geneva, Switzerland and therefore translated from the French, as the International Committee of the Red Cross has existed there since 1863, here the meaning of the awkward term superfluous injury is that which has caused unnecessary suffering and others interpret it to mean permanent injury like loss of an eye. Various definitions include:

“1. Field mortality of more than 25% of all casualties.

Attacking with heavy clubs with metal spikes that caused 20 deaths so far and dozens of others to be injured, some severely, would definitely qualify as violations.

India runs 112 Military Hospitals, 12 Air Force Hospitals and 9 Naval Hospitals located throughout the country. In many ways, they are well run models of what hospitals ought to be, having good infrastructure and skilled medical teams (who all wear military uniforms).

Most importantly, irrespective of the rank of the military personnel, they are provided the best possible care, and no one asks for a “gift” as can occur in some government hospitals, nor does the patient need to fear the steep bills that are presented by some private hospitals. I can still remember my late uncle, Major-General P.T. Joseph, AVSM, PVSM, then the Chief Surgeon (with an FRCS) of the Army, express his frustration at seeing a junior-most Sepoy post-operative case struggling to access his portable urinal, and how he had to admonish a ward “orderly” to be more attentive. It is rare for most senior doctors in the civilian world to think correspondingly, but the bonds between everyone in the armed forces is such that the Chinese would be well advised not to attack Indian military personnel.

KRISHNA MENON’S NEUROSURGERY IN THE US

While the Lutyens Zone appears uncertain whether to join the China-Russia-Pakistan alliance, or the US alliance in the Indo-Pacific or indeed remain firmly on the fence, it has been quintessentially Indian to abuse the United States when necessary and seek support when essential. The China led alliance appears to be overflowing with those countries that would like to dismember India. And being nonaligned, while attractive, has the risk of no one coming to support at critical moments.

The Defence Minister at the time of the 1962 China war, V.K. Krishna Menon, on whom was placed most of the blame for unpreparedness, although historical accounts point to broader responsibility for the errors, was known for his vituperative tirades against the US during the 1950s. However, he also was known for travelling to Beijing in 1955 to seek the release of four American Air Force personnel imprisoned in China, and for his personal friendship with then-US Ambassador to the UN, Henry Cabot Lodge, Jr., who even later campaigned for his Lok Sabha election. And, when Menon had a brain ailment that was first diagnosed by my late uncle, Major-General Joseph, then the senior-most clinician in the Army, Defence Minister Menon happily went to the US for his precision neurosurgery in September 1961 to remove blood clots from his brain at Montefiore Hospital, New York, the same city where years before he had lambasted the US at the UN.

However, having no alliance with anyone cost India dearly at the time of the 1962 Chinese attack. When the PLA was deep in Indian territory, Defence Minister Menon appealed to the US for help, but then-US Ambassador John Kenneth Galbraith only “wanted to aid India concretely and effectively in its hour of need, but not at the cost of throwing Menon a lifeline just as he was floundering”. That is why PM Mrs Indira Gandhi signed the Indo-Soviet Treaty of Peace, Friendship and Cooperation in 1971 to serve as a deterrent to Chinese and US intervention in the India-Pakistan conflict to free Bangladesh. However, the USSR of 1971 is not the Russia of today, as it is now aligned with China.

It is better to face the harsh reality of the confrontation in the mountains; likely a prelude to sustained aggression that should be held to account in multiple ways, and we all should acknowledge as stated by Mark Harmon and Fergal Gaynor, Prosecutors of the International Criminal Tribunal for the former Yugoslavia, that “A slap on the wrist of the offender is a slap in the face of the victims”.

Dr Sunil Chacko holds degrees in medicine (Kerala), public health (Harvard) and an MBA (Columbia). He was Assistant Director of Harvard University’s Intl. Commission on Health Research, served in the Executive Office of the World Bank Group, and has been a faculty member in the US, Canada, Japan and India.