Home WORLD The Compilation and Collection of the holy Quran: Ghulam Rasool Dehlvi 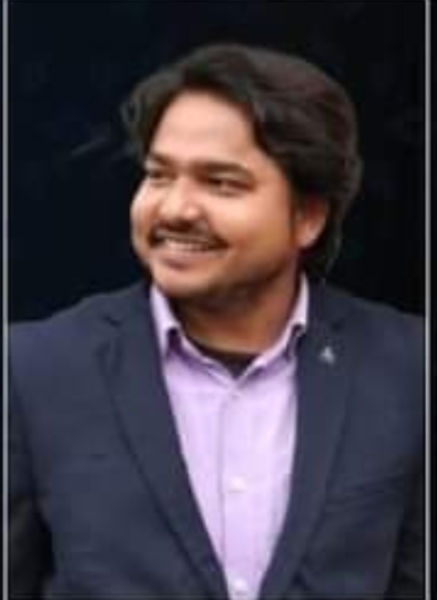 A thinking Muslim should develop an intellectual curiosity as to how and when the primary source of his religion, the holy Qur’an, was written down, collected, compiled, and committed to the memory of Muslims. Until recently, I was a typical believer in the Qur’an, like many Muslims, who do not have even the faintest idea about its historic authenticity and just believe in the book on account of the religious sanctity attached to it. But I can say with full conviction that this is not the Qur’anic way of believing in the Qur’an. In fact, from the Qur’anic perspective, it is not the proper way of believing even in casual news, let alone the book that forms the bedrock of the entire system of a universal faith. The Qur’an has explicitly said that when any news comes to us, we have to check, verify and authenticate it, so that we may not harm people in ignorance. (49:6).

A thinking Muslim should take cognizance of what propelled the holy Qur’an from being an incomplete, distorted or a missing book to remain a completely preserved and fully memorised religious scripture that continues to be a living voice of the divine messages. The complete preservation of the holy Qur’an was so vital to Islam that God had ensured it in its early phase by making a strong divine assertion: “Indeed We have sent down the Qur’an, and indeed We Ourselves surely are its Guardians” (15:9). This is one of the miracles of the Qur’an that no one has been able to change even a letter of its text, despite every possible effort by the Arab pagans.

However, We Muslims need to take a hard look at the common perception about the collection of the holy Qur’an. It is generally believed that the Qur’an had not been duly compiled and shaped into a book in the prophetic era and that it was finally done later during the caliphate of the Prophet’s beloved companion, Hazrat Usman (r.a). The commonly believed story goes like this. All the materials like parchments and shoulder bones of animals which carried different portions of the holy Qur’an were scattered in different places. The work of collecting them meticulously with collective testimony started in the lifetime of the first Caliph of Islam, Hazrat Abu Bakr (r.a.). But the Quran we read today was finally canonised in the time of the third Caliph Hazrat Usman (r.a) who then ordered the burning of all personal copies of the Qur’an. Though this story is entirely based on traditions, all reported through Ibn-e-Shihab Zuhri (r.a), I find it difficult to believe. For it contradicts what the holy Qur’an clearly speaks about itself.

It also mentioned that: “It is recorded in honoured sheets, exalted and purified, carried by the hands of messenger-angels, noble and dutiful” (80:13-16).

All the aforementioned Qur’anic verses clearly say that the holy Qur’an had been fully preserved and given the form of a book right in the lifetime of the Prophet Muhammad (peace be upon him). Therefore, the reports by Ibn-e- Shihab Zuhri stand contradictory to the primary source of Islam. However, they could not be rejected outright, because it is quite probable that the Caliph Abu Bakr (r.a) got authentic copies of the Qur’an prepared with the help of the original Mushaf (text) of the Qur’an already in existence. In fact, this was the original Mushaf of the holy Qur’an which was placed near a column of the Prophet’s mosque (al-Masjid al-Nabwi). The very fact that this column is called “Ustuwana-e-Mushaf” is substantial evidence that the Mushaf (the holy Qur’an in form of a book) was already in existence in the Prophetic era.

The Prophet (pbuh) paid great heed to the preservation of the Qur’an in his lifetime. He exhorted nearly all his companions to commit each verse of the Qur’an to their memory. (1) He also prescribed the regular recitation of the Qur’an to them as an act of worship. He had made many of his companions learn the Qur’an by heart through different means such as memorising, repeatedly hearing and regularly reciting them particularly during the daily meditative prayers. Thus, the entire Qur’an was memorised verbatim by many of his companions in his lifetime. Some of them were Zaid ibn Thabit, Ubayy ibn Ka’b, Muadh ibn Jabal, and Abu Zaid (2). They memorised not only all the verses of the Qur’an, but also their actual pronunciation, which later came to be known as Ilm-e- Tajweed, which even later came to be known as a complete Qur’anic science in itself.

Moreover, the Prophet (pbuh) arranged the sequence or order of the Qur’an by himself and made it well-known to his Companions (3). There are authentic reports saying that in every month of Ramadan, the Prophet (pbuh) would repeat after the angel Gabriel reciting the entire Qur’an in its exact order as it had been revealed, in the presence of a considerable number of his Companions (4). And when the year of his demise approached, he recited it twice (5). Therefore, the exact order of verses in each chapter and the order of the chapters became well-embedded in the minds of each of his Companions present over there.

As a result, all the Qur’anic verses were jotted down and thus the entire Qur’an was recorded in writing in the lifetime of the Prophet (pbuh). This gigantic task was done by his literate companions, most notably Hazrat Zaid ibn Sabit (r.a) (6). Ubayy ibn Ka’b, Ibn Mas’ud, Mu’awiyah ibn Abi-Sufyan, Khalid ibn Waleed and Zubayr ibn Awwam were also prominent scribes of the Qur’an among the Prophet’s companions (7). They used to record the verses on leather, parchment, scapulae (shoulder bones of animals) and the stalks of date palms (8).

There is no denying the fact that Qur’an has remained in its original form since the 7th Century (A.D) and has been the most recited, memorised and the most preserved divine revelation kept fully intact in form of a book. The continued recital and meticulous memorisation of the Qur’an by millions of people, from the Prophet’s (pbuh) era through to the day, played a pivotal role in its preservation. This salient feature of the holy book led many secular scholars and prominent orientalists like Kenneth Cragg to think and reflect that:

“The phenomenon of Qur’anic recital means that the text has traversed the centuries in an unbroken living sequence of devotion. It cannot, therefore, be handled as an antiquarian thing, nor as a historical document out of a distant past. The fact of Hifdh (Qur’anic memorisation) has made the Qur’an a present possession through all the lapses of Muslim time and given it a human currency in every generation, never allowing its relegation to a bare authority for reference alone.” (Kenneth Cragg, The Mind of the Qur’an, London: George Allen & Unwin, 1973, p. 26)

However, we should check the reliability of the Hadith reports that the Islamophobes or orientalists pick out to raise doubts about the authenticity and completeness of the Qur’an texts. For instance, the report attributed to Hazrat Abdullah Bin Umar (r.a) in which he is reported to have said: Let none of you say, “I have got the whole of the Qur’an” How does he know what all of it is? Much of the Qur’an has gone. Let him say instead, “I have got what has survived”. (The collection of the Qur’an, Burton, page: 2)

In such reports, there could be two motives, as John Burton has also illustrated in a chapter of his book “The collection of the Qur’an” (page: 2). Firstly, to show the failure by the Prophet Muhammad (pbuh) to collect and edit the Qur’anic texts and secondly, to suggest out the incompleteness and potential missing of some portions from the Qur’an.

There are orientalists who have worked on the compilation and preservation of the Qur’an. They have arrived at the conclusion that the Qur’an was preserved and authenticated in the lifetime of the Prophet Muhammad (pbuh) himself. One such eminent orientalist scholar John Burton writes his conclusive remarks about the texts of the Qur’an at the end of his book “The collection of the Qur’an”:

“…the text which has come down to us in the form in which it was organised and approved by the Prophet…. What we have today in our hands is the Mushaf (the Qur’an text) of Muhammad. (9).

Ghulam Rasool Dehlvi is an Alim and Fazil (classical Islamic scholar) with a Sufi background. He has graduated from a leading Sufi Islamic seminary of India, Jamia Amjadia Rizvia (Mau, U.P.), acquired Diploma in Qur’anic Arabic from Al-Jamiat ul Islamia, Faizabad, U.P., and Certificate in Uloom ul Hadith from Al-Azhar Institute of Islamic Studies, Badaun, U.P. He has also graduated in Arabic (Hons) and is pursuing his M. A. in Comparative Religion from Jamia Millia Islamia, New Delhi.