Home Career The Legend in Meeran: Why adieu of the Second Basheer seems to... 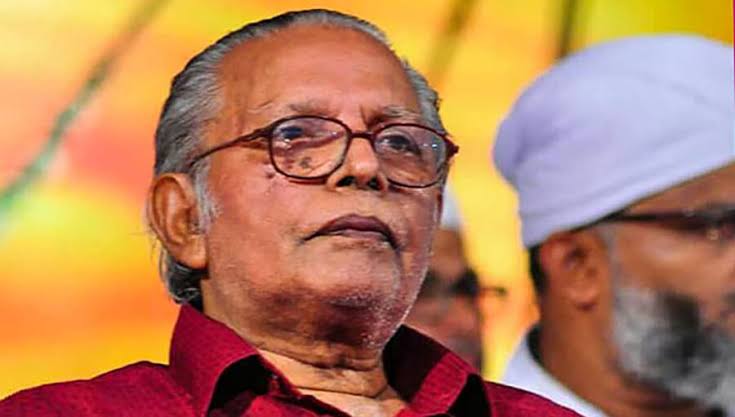 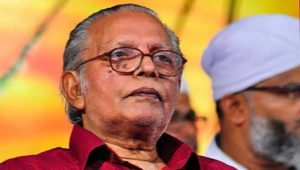 Thoppil Muhammad Meeran was thecompletion in tandem with the question ‘For what I need to write’. This may be the utmost and perfect attribute which can be given for him from the numerous traits. He used to picturizegiant experiences of the miniature lives, whilstmany of other authors did their works solely for high classes. With the demise of Meeran, the readers’ circle has lost a precious and stupendous ring from a lengthy chain of sincere writers. Understanding the pervasive contributions of Meeran to the literature, we must comprehend why farewell of this legend makes this much sorrow and anxiety for the fore thinkers of arts and literature.

​Birth of the legend was at a coastal village of Kanyakumari district in Tamil Nadu state,which was known as Thengapattanam in September 26, 1944. Finishing the primary educations from native schools, he had his graduation in economics from Nagarkovil ST Hindu College. Despite an academically bounded situation, his interest was to focus upon writing fictions and non-fictions from his early youth. Mainly, his style of writing was translations from Tamil to Malayalam. Including six novels and five collections of stories and translations, he accomplished too many distinguished works in Tamil and Malayalam. Several sort of unique features can be perceived for all his fictions. Most of them were an assortment of international and local behavior of writing. Historical touch and its back support were his works’ specialty. Due to these reasons plus other specialties, even now, his books have being translated to various languages like English, Malayalam, Telugu and Kannada. The fact that the English version of ‘The story of a seaside village’ was short listed for the Crossword award, is an announcement of the universality of Meeran’s writings.

​Even though innumerable awards had come into his desk, he was not addicted to awards orpositions. He realized that, space of an author in the readers’ mind is the biggest thing than that of having positions created by the awards and honors. His pragmatism of writing was entirely based on the mentioned concept. His attitude towards art of writing, whether fiction ornonfiction, was completely noncommercial. Despite the abilities, his selection of chilly business as his livelihood in lieu of writing was only due to the disgust and hatred of making the art of writing as a way of commercial life. He used to describe his practices and experiences with several markets of Kerala and Tamil Nadu through his tutorials and speeches as he was enjoying it.

​Commitment towards the motherland was a prime catalyst which made him as the celebrated ‘Thoppil Muhammad Meeran’. The marvelous Malayalam book ‘Aarodum Chollathe’ is enough to show case the particular peculiarity of Meeran. “My village Thengapattanam is a coastal region. My village is like a re-planted Malabari village in Tamil Nadu. It is environmentally rich, having Arabian Sea, Lake of Thamra parni and hile in its surroundings. Moreover, it was a Muslim village enriched with coconut trees. There is an ancient and huge Masjid built in the era of Malik bnu Dinar(r).Juma masjid is grand in structure. There are different types of people like Sayyids, Musliyars, Labbas, barbers, landlords, laborers, fisher men, poor people, witches, having jinn and etc. Moreover, the belief is that, there are few shelters of jinn. Lots of stories about jinn were in popularity in between the communities…”. This is an excerpt from the book ‘Aarodum Chollathe’. These lines are epitomes of his innocent narrative panache which are real, and it feels like fantasies.

​Affection to the mother tongue is one of the signs of a patriot. In such a sense, Meeran is the most contributed personality for Tamil patriotism. Mostly, Tamils show more hero worship and their patriotism will have an extreme level of emotionalism. But, Meeran showcased his patriotism and honor to the Tamil both intellectually and educationally. Beyond the fundamental writings in Tamil, he hastened to translate some good work in Malayalam to Tamil including the legendary contributions of Vaikam Muhammed Basheer’s books. About the respect to Islam and Islamic heritage, he considered the Arabi Tamil (a sort of language which is written in Arabic letters and pronounced in Tamil) as well as the Tamil. Arabi Tamil was a depreciating language like Arabi Malayalam (which is pronounced in Malayalam). Both are ancient languages and derived from the Muslim community of ancient Kerala and Tamil Nadu. Several popular poems and Islamic texts were written in these two languages in those ages. Simultaneously, Muslims were attached with Arabic and their mother tongues. But, in modern age, they failed to keep the consensus between these twolanguages. In this situation, some people tried not to culminate the heritage. Meeran was a projecting figure among them. He was seemed very disquiet in his speeches when he came across the contemporaneous condition of Arabi Tamil.

​He had a continuous connection with the monument of Moyin Kutty Vaidyer, Kondottywhich is an institution that provides education inMappila art and literature. He was a common figure in both Arabi Tamil and Arabi Malayalam. He tried a lot to introduce Mappila art and literature for Tamil people. Hence, the classic work of Moyin Kutty Vaidyer ‘Badrul Muneer Husnul Jamal’ was translated into Tamil. While apprehending the fact, he was an authentic resource for several researches about Tamil and Arabi Tamil, we realize the depth of his farewell.

Identity of Meeran and Basheer:-

​Meeran exactly deserves the decoration of ‘Basheer of Tamil’ to a great extent. Plentiful reasons are there for the argument. The first and primary common feature amid both Basheer and Meeran is the style of writing for common people. The major spaces where they come across can be synoptically listed as five. 1) Both were not highly enriched with the vocabulary of their language. Their attempt was to create vast worlds with small words. 2) They both did not like to write lengthy fictions. As a result, we are insister to say that, they were hardly the authors of physically bolded books. If the intended flairs were finished in short sentences, there should not be any need of long complex sentences. It is more genuine and gorgeous. 3) Habit of the both was to picturize the familiar characters from the surrounding as the characters in the fictions itself. Their writings were submerged with their childhood memories, fables and folklore talks. Then existed upper class superiority in the literary works was utterly collapsed in their fictions. They proved that the visibility or non-visibility of a character in any fictions is not with reference to any types of prejudices or classism. 4) As said, they both were not interested in the awards and positions. They believed in the satisfaction of readers. When Meeran got the Central Sahitya Academy Award for ‘Chaayvu naarkkaali’ in 1997, his opinion was to give it for a senior author of Tamil. It is a type of being big through being a small which is only possible for such humble personalities. 5) The common idea was humanitarian subjects. They found their satisfaction in the flair of common streets and coastal regions. Their theory was to say the politics of marginalized and say their stories.

​In precise, the skies of his stories, which are delineated as oceans, are extremely vast and wide. Responsibility of new writers of the era is not only to fly through those skies, but also to create some alternatives and parallel universes for those ones. Because, we must be bothered in the loss of this treasurable image. Only the consciousness can do something for the bright future.

Sibili Abdul Salam is a freelance writer pursuing BA in English literature from the University of Calicut.  His areas of interests are minority affairs, cultural anthropology and theology.  He can be contacted @sibilimanjeri00@gmail.com