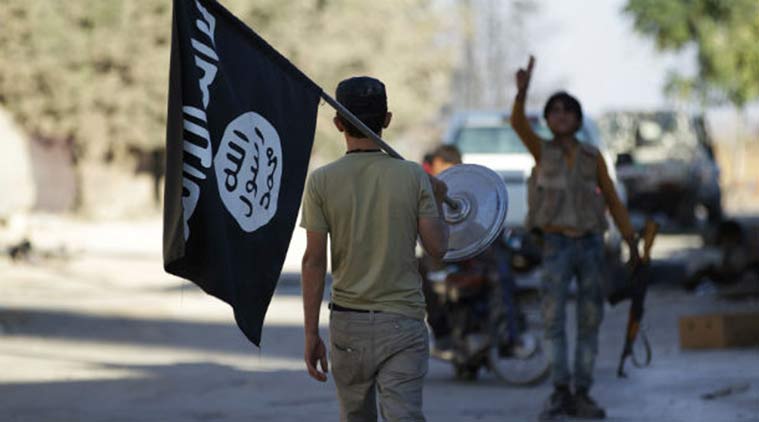 Why don’t they go to China and liberate the Uyghur Muslims who are truly suffering brutalities, suppression, religious persecution and human rights violations?

Taking note of a United Nations report on the “significant numbers” of ISIS terrorists in Kerala and Karnataka, the B S Yediyurappa-led government has sought a report from Director General and Inspector General of Police (DG and IGP) Praveen Sood on the internal security of the state.

The report on #released last week said there are “significant numbers” of ISIS terrorists in the two states and that the al-Qaida in the Indian Subcontinent terror group, which reportedly has between 150 and 200 militants from India, Pakistan, Bangladesh and Myanmar, is planning attacks in the region.

Speaking to indianexpress.com, Karnataka Home Minister Basavaraj Bommai said, “The UN report on ISIS terrorist activities in Karnataka is based on the arrests made by the state police and National Investigation Agency (NIA) in the past year.”

“Our government is co-ordinating with the Centre and other neighbouring states and closely tracking the suspected terror groups in the state. However, following the UN report, we have decided to strengthen the internal security of the state and have directed the Director-General of Police to submit a detailed report,” he added.

The minister also said that the ISIS is operating via various modules, some of which are active in the southern states of the country. “Along with the NIA, Karnataka has busted two modules in Bengaluru and Udupi districts. We are working closely with Tamil Nadu and Kerala state police,” he said.

On July 13, the NIA had filed a chargesheet against 17 ISIS suspects who had allegedly formed a terror group named Al-Hind to carry “out terrorist attacks in South India, especially in Karnataka and Tamil Nadu, and for establishing Islamic Khilafat in India”.

According to the investigating agency, Mehboob Pasha, one of the chargesheet accused and a resident of Gurappanapalya in Bengaluru, in association with Khaja Mohideen and Sadiq Basha (another chargesheeted accused), formed a terror group for spreading the ideology and activities of the terror outfit in India through its offshoot known as Al-Hind in Bengaluru.

According to the NIA, Pasha and Mohideen recruited vulnerable youths, and procured arms and ammunition and large quantities of explosive materials to make powerful improvised explosive devices (IED).

“They also collected jungle training material to conduct training at an identified place at Shivanasamudra and Gundelpet area and for securing hideouts. The accused persons were also communicating with an unknown foreign ISIS handler through secure chat (Dark Web) for perpetrating ISIS activities,” NIA has said.

On February 24, NIA conducted searches at 15 locations in Karnataka in connection with the case. “This case pertains to a criminal conspiracy with an objective of murdering Hindu leaders, creating communal riots and to do anti-national activities by forming a terrorist gang, being inspired by ISIS… The members of the terrorist gang conducted meetings at Bengaluru and other parts of Karnataka, Tamil Nadu and propagated ISIS ideology, procured arms and ammunition and other incriminating material for executing their plans,” they said.