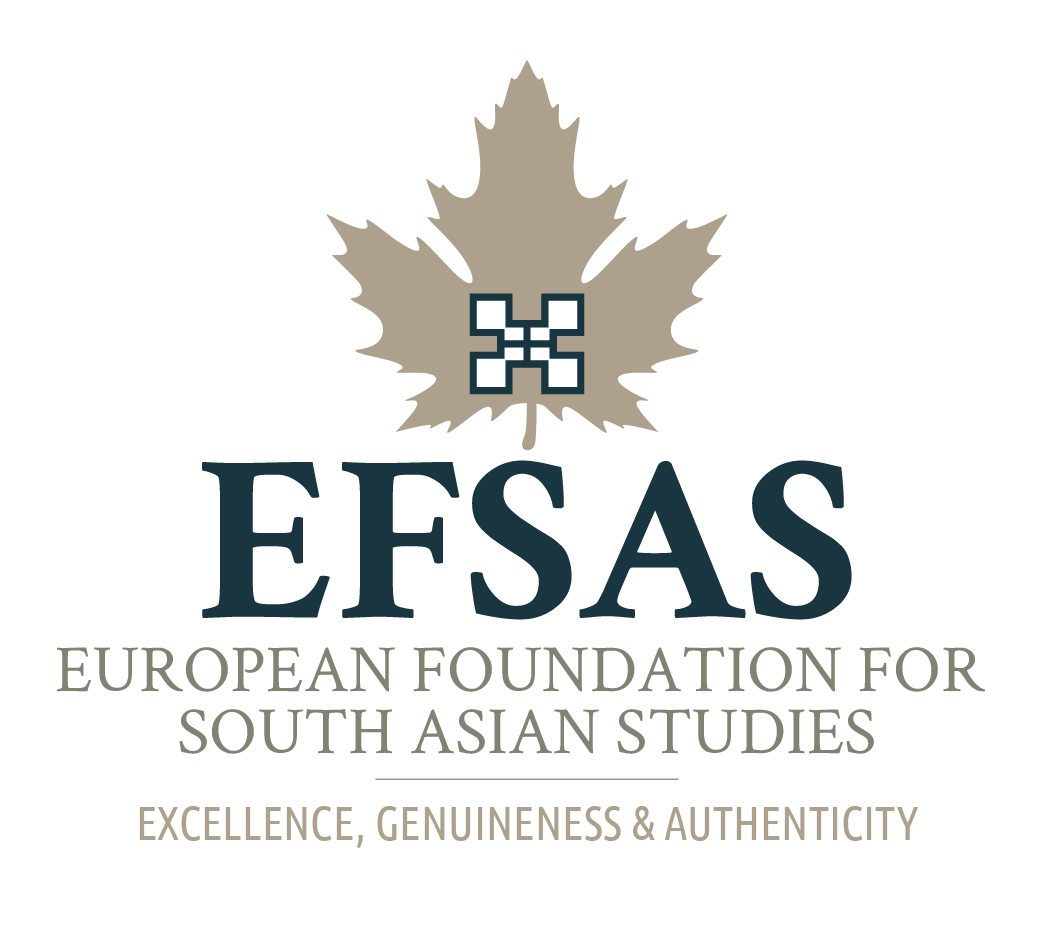 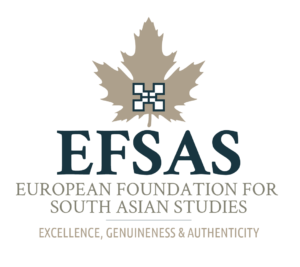 The marathon six-day long session of talks between the United States (US) delegation headed by Zalmay Khalilzad, President Donald Trump’s Special Representative for political reconciliation in Afghanistan, and the Taliban, has generated considerable excitement in Trump’s ranks but has simultaneously led to perceptible consternation and heartburn within Afghanistan, both in the government led by President Ashraf Ghani and among vast sections of the Afghan population. The abrupt and undue haste to exit Afghanistan that is palpably being displayed by the Trump administration, despite it spawning an image of the US fleeing tail firmly ensconced between its legs, has also been severely criticized by American experts and analysts. Democratically inclined regional countries such as India, which have invested billions of dollars towards promoting peace, stability, democracy and prosperity in Afghanistan on the premise that the US, having entered Afghanistan uninvited, would complete what it set out to do in the country rather than abandon it midway on a whim, justifiably feel let down and anxious at the direction the volatile country would take after the departure of the US.

The talks commenced on 21 January, and were initially scheduled to last for two days. The tone of Zabihullah Mujahid, the Taliban spokesman, made no secret of the side towards which the scales were discernibly tilted even on the first day of what eventually turned out to be six days of negotiations, “Following American acceptance of the agenda of ending the invasion of Afghanistan and preventing Afghanistan from being used against other countries in the future, talks with American representatives took place today in Doha, the capital of Qatar”.

Khalilzad revealed in an interview with The New York Times in Kabul on 28 January that at the end of the six days “We have a draft of the framework that has to be fleshed out before it becomes an agreement”. He also tweeted, “Meetings here were more productive than they have been in the past. We made significant progress on vital issues. Will build on the momentum and resume talks shortly. We have a number of issues left to work out. Nothing is agreed until everything is agreed, and ‘everything’ must include an intra-Afghan dialogue and comprehensive ceasefire”. The next round of talks is slated to be held in Doha on 25 February.

Taliban sources, meanwhile, told Reuters that a “draft peace deal” that stipulated the withdrawal of foreign forces from Afghanistan within 18 months of the agreement being signed had successfully been brokered in Doha. The Taliban, in turn, extended the assurance that it would not allow the Al Qaeda or the Islamic State to use Afghanistan to attack the US and its allies. The draft also included an agreement on the exchange and release of prisoners and the removal of an international travel ban by the US on several Taliban leaders.

Zabihullah Mujahid in a statement denied reports that agreement had been reached on the critical issues of a ceasefire and direct talks with the Afghan Government. These had also been alluded to in Khalilzad’s tweet. Mujahid contended, “Negotiations, revolving around the withdrawal of foreign troops from Afghanistan and other vital issues, saw progress… It was decided that talks about unresolved matters will resume in similar future meetings in order to find an appropriate and effective solution and also to share details of the meetings and receive guidance from their respective leaderships”. Taliban sources averred that the Taliban would only consider talking to representatives of the Afghan Government once foreign forces are withdrawn and the ceasefire is implemented.

Several senior representatives of the US Government including Trump himself and his Secretary of State Mike Pompeo have expressed positivity and optimism at the achievements of the Doha talks. In reality, the only notable movement at the talks was that of the US succumbing to the long-standing Taliban demand that it leaves Afghanistan. The Taliban agreeing to eschew a much weakened Al Qaeda, and what has emerged as its most serious competitor in Afghanistan, the Islamic State, can hardly be described as yielding ground to the US. The commitment not to allow Afghanistan to be used for terrorist attacks abroad has, in any case, been a Taliban talking point for quite some time. Reports also indicate that this Taliban assurance is predicated on the Taliban being inducted into an interim government in Kabul, something that President Ghani has recently spoken strongly against. Furthermore, even on these two broad areas of reported agreement, both sides have reiterated that further detailed negotiations are still required before any ink is expended.

Issues such as the ceasefire and direct talks between the Taliban and the Afghan Government, which have proved to be serious roadblocks, promise to be much more tricky. While the US envisions a withdrawal only after a ceasefire is in place, the Taliban insists that it will only agree to a ceasefire when it is absolutely sure of the US departure from Afghanistan. The Taliban negotiators, therefore, demand a full US withdrawal before a ceasefire, whereas the US wants exactly the opposite. As for the proposed intra-Afghan dialogue that has rightly been projected as an imperative by the US, the Taliban has not conveyed any change to its consistent policy of not talking to what it believes is a “puppet government” that lacks legitimacy. Former US Ambassador to Afghanistan Ryan Crocker contended in the Washington Post that by negotiating with a Taliban that refused to talk to the Afghan leadership “we have ourselves de-legitimized the government we claim to support”. President Ghani, meanwhile, recently retorted to the question of legitimacy by stressing that he was the “elected leader in charge of 35 million Afghans” while posing the question “so where does the Taliban get their legitimacy from? Islamic scholars in Mecca and Indonesia said that suicide attacks and killing of civilians does not have a legitimacy… so where is the source of Taliban’s legitimacy?”

Proceeding straight to Kabul after the Doha talks concluded, Khalilzad briefed Ghani on what had transpired there. What he learnt prompted Ghani to make a televised address to the nation on 28 January in which he expressed concern that a peace deal would be rushed through. He highlighted previous settlements that ended in bloodshed, including when the Soviet Union withdrew from the country in the late 1980s. He said: “We want peace quickly, we want it soon, but we want it with prudence. Prudence is important so we do not repeat past mistakes”. He added, “We should not forget that the victims of this war are Afghans and the peace process should also be Afghan-led… No Afghan wants foreign troops to remain in their country indefinitely. No Afghan wants to face suicide attacks in hospitals, schools, mosques, and parks”.

The Afghan Government is concerned about being sidelined in the talks so far and it fears that the US could negotiate important agreements that the government is not party to. Daniel F. Feldman, who served as Special Representative for Afghanistan and Pakistan under President Obama, revealed that “They’re deeply worried they’re about to be sold out by the US, and rumors are rife in Kabul that the US is making significant concessions without the Afghans at the table”.

Meanwhile, a large section of the Afghan population is worried that the country’s nascent democracy and women’s rights could crumble in the absence of foreign forces. Progressive Afghans, especially the younger generations that have experienced freedoms that would have been unimaginable during the Taliban regime’s version of hard-line Islamic law that the outfit had imposed across Afghanistan in the late 1990s and the first few years of this century, are also anxious about a future in which the Taliban has a major bearing. They were lulled into believing over the last 17 years that the US and its allies had arrived in Afghanistan to instil such democratic values as the rule of law, human rights, and freedom of the press, and to permanently root out the Taliban from the face of national polity. Just as the prolonged war has been destroying their lives, the contours of the peace that the US is negotiating could potentially crush the aspirations of many young Afghans.

President Trump has been dismissive of the contribution of regional countries to Afghanistan, and has exposed an acute shortness of knowledge and a deeply flawed interpretation of history. The US voluntarily entered Afghanistan to avenge a horrific terrorist attack on US soil. The billions of dollars it spent in Afghanistan were aimed exclusively at ensuring its own security, thereby protecting its own interests. The majority of this amount went towards the considerable expenses involved in maintaining US personnel in relatively comfortable conditions. The contribution of the US on projects that benefitted the Afghan people, on the contrary, has been paltry. This contrasts sharply with the contribution of countries such as India, which not only built the seat of Afghanistan’s democracy, the parliament complex, but also constructed vital roads, dams and power transmission lines in the country. It has run highly popular health centers across Afghanistan and provided thousands of scholarships to Afghan students to study in reputed Indian institutions. India has not only invested tens of billions of dollars on these projects in Afghanistan, but has also braved incessant Pakistan-backed violence against workers engaged in carrying them out.

The Trump administration appears to believe that the pressure it exerted on Pakistan in an attempt to soften it over the last year is what is paying dividends now with the country goading the Taliban, most of whose leaders shelter in Pakistan, to the negotiating table. The reality is quite the opposite. Quick to seize on President Trump’s prematurely stated desire to withdraw from Afghanistan, Pakistan’s decision to facilitate the talks has more to do with its keenness to drive the US out of Afghanistan in order to get the Taliban back into the saddle in Kabul. Astonishingly, it seems to matter little to Trump that he himself has only recently publicly accused Pakistan of deceiving the US over the years by sheltering terrorist proxies such as the Taliban and the Haqqani network and supporting them in carrying out marauding attacks against US troops in Afghanistan. Nor does it matter to him that the Afghan Government blames Pakistan, particularly its spy agency the Inter-Services Intelligence, for keeping the Taliban militarily politically alive throughout these years. As President Ghani said on 30 January, the “keys to war are in Islamabad, Quetta, Rawalpindi”.

President Trump’s desperation to get out of Afghanistan comes across as extremely myopic. A hasty US withdrawal would essentially tantamount to handing over the country to the same ruthless militants that the US went to war to dislodge, and to the patron country of these militants, Pakistan, which Trump himself has implied was a State-sponsor of terrorism. Such withdrawal would also perilously disregard the US intelligence assessment of 2017, which was renewed in 2018, that warns that a complete withdrawal of American troops from Afghanistan would lead to an attack on the US within two years.