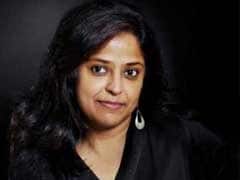 Rural distress can no longer be ignored; it affects 67 percent of the population that lives in rural India. Electoral promises will not be forgotten under the influence of diversionary politics, like in the case of the inadequate increase in MSP based on actual cost instead of comprehensive cost of cultivation. Perhaps, the time has come when governments must listen to the farmers, for a change. There are five suggestions on what the political class, notwithstanding identities/ideologies, can do to ensure the farmers are not further entrenched in despair.

1) For the past few years, protesting farmers have been attacked by governments on the roads of Madhya Pradesh and Rajasthan, even on the outskirts of Delhi. One of their central demands has been getting the right price for their crop and better market access for their produce. Even when only 6 percent of the farmers reach government mandis to sell their produce at the MSP, it is still much lower than what the farmers seek. The first suggestion would be an immediate increase in procurement across crops with an upward revision of MSP to help a sector that employs about 50 percent of the workforce in the country and accounts for about 16 percent of the GDP. These are not just numbers, these are also voters.

2) The loan waivers should be delinked from electoral politics and become a constant built-in feature of the agricultural economy of India. The conservative critics of such a move must strive to recall that the same farmers are denied loans for years if they default once. Not only are such farmers left in deeper distress, but also find themselves in no position to repay the next loan. Waiving or rescheduling of loans for distressed farmers cannot be linked to elections or to the victory/loss of political parties. The second suggestion would be that loan waivers, instead, should be linked to the loans that the farmers are unable to repay over two or three seasons. This information is available with rural banks and district administration, and should become a benchmark for declaring loan waivers – not elections.

3) Women in Indian villages grapple with state-sponsored stereotypical schemes and opportunities. The Budget speaks about mainstreaming of women in agriculture, whereas there has been a feminization of rural distress for several decades now. The third suggestion would be that governments look beyond self-help-groups and skilling women in gender roles, and focus on rural employment for educated and qualified women. While MGNREGA helps in providing a livelihood for the distressed sections, for educated youth, the lack of options to work as labour leads to discontent. The anger of the youth, and especially women in rural areas, forcefully translates into their vote.

4) According to the government, over 3.2 lakh farmers have died between 1995-2015. But that was until the methodologies of counting the dead were changed. The states now have a stringent procedure for registering suicides, making the farmers struggle even after their death to become a statistic for the government. The harsh eligibility criteria for deciding farmer suicides is designed to keep the numbers low and decreases the liability/responsibility of the government. It also builds an alibi for the state to find other, non-farm-distress reasons for farmer suicide and deny rural distress, even when it costs the farmer’s life. The fourth suggestion is that the procedure for registering farmer suicides should be transparent and open to analysis, so that the causes of the distress can be studied by both government and non-government researchers. In this way, not only can the real depth of the distress be understood, but also new ground-level solutions may emerge.

5) Tenant farmers remain outside the structures of formal finance and government schemes, even when over 56 percent of rural households own no agricultural land but are still dependent on the sector for livelihood. The intensity of rural distress in case of tenant farmers is not only uncharted but remains unaddressed. According to research, 75 percent of farmer suicides are by tenant farmers in a state like Telangana. But even there, where the incumbent government has returned to power, schemes like Rythu Bandhu that provides Rs.8,000 per year per acre to farmers does not support tenant farmers. This support, however, is only restricted to farmers with land. The fifth suggestion would be that tenant farmers must be included in policy and schemes by recognizing the validity of their lease documents. It must be remembered that even though tenant farmers do not own land, do not get bank loans, do not get benefit of government, they do get to vote.

None of these suggestions are difficult to execute, and some of them like the MSP are already half-way there. After the 2018 assembly election, perhaps political parties can muster up the commitment required to address these issues. After all, the rural voter is watching.

Kota Neelima is an author and researcher. Her latest book is ‘Widows of Vidarbha: Making of Shadows’ (Oxford University Press, 2018)