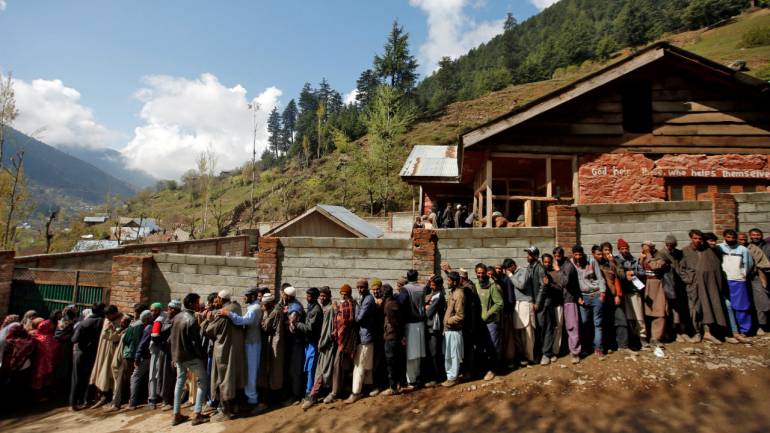 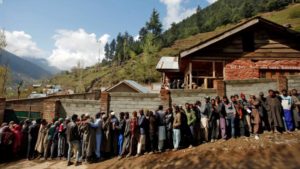 According to a survey conducted by CNN News18, about 69 percent of the surveyed individuals in Jammu and Kashmir (J&K) favoured the Centre’s decision to revoke provisions of Article 370 of the Indian Constitution and bifurcation of the state into two Union Territories — J&K and Ladakh.

Around 159 respondents favoured the decision while 51 respondents (22 percent) opposed the Centre’s move. As many as 9 percent of the respondents (21 people) were neutral.

The large chunk of respondents came from the Kashmir (65 percent) and Jammu (29 percent) divisions. Respondents from the Doda and Ladakh regions consisted of 3 percent respondents, each.

In the Kashmir division, 58 percent of the respondents welcomed the latest developments in the state. However, 30 opposed the decision. About 13 percent respondents remained neutral.

Similarly, in the Jammu division, 93 percent respondents welcomed the move. But, about 4 percent people opposed it. About 3 percent remained neutral.

In Doda division, while 83 percent respondents welcomed the Centre’s move, 17 percent opposed it.

In the Ladakh division, 67 percent of the people welcomed the move. However, 33 percent opposed it.

While people in the Jammu and Ladakh regions welcomed the decision, respondents in the Kashmir division expressed apprehension.

However, respondents in the Kashmir Valley expressed that peace should prevail and that terrorism should end. While most respondents in the Valley felt that revocation of Article 370’s provisions were an attack on their identity, they said that corruption and unemployment is rampant in the state and appealed the government to take measures on this front.

Many youngsters felt that the recent decisions would lead to more employment opportunities.

Female respondents overall were happy with the Centre’s move.

In Ladakh region, while majority of the respondents in Leh welcomed the decision, respondents from Kargil had some apprehensions.

Note on methodology: The total number of respondents were 231. The responses were both, on and off camera. Respondents were focused in the age group of 20 to 60 years of age. Survey was conducted in all parts of the state except Kulgam.