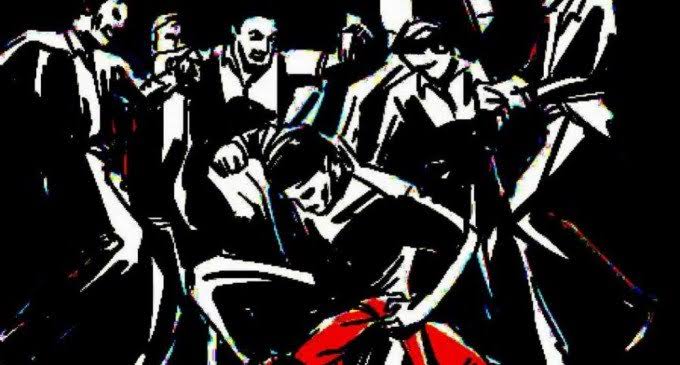 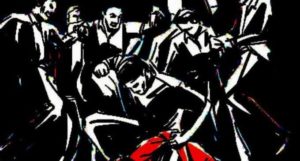 The mob lynchers in India have a smooth ride as the bigoted and regressive forces have questioned the very condemnation of the mob lynching in the name of ” false narrative ” and ” selective outrage”. Is the ” false narrative” means there are no incidents of mob lynching ?  The flawed logic of  ” selective outrage” does not give license to any one in indulging in violence. Violence can not be justified on any pretext.  Its not understood as to how the condemnation of violence would derail India’s collective march towards collective empowerment for all sections of society.   Collective empowerment to all sections of society can be achieved when the opportunities of progress are not discriminated against.   The celebrities have desired the  stoppage of violence against Muslims , Dalits and other weaker sections in India. There is nothing wrong in asking for the  stoppage of violence. Relating the protest or asking for action against the perpetrators of violence with the balkanisation of India is not at all convincing.   The recent vociferous transition to the theme of nationalism is to crush the dissent and encourage the morbid communal mind set. Riding on the distorted version of nationalist Muslims and other weaker sections in India are targeted.   Nationalism is a noble sentiment but the fringe elements in the country have misused nationalism to exercise tyrannical control over the society. Taking cognizance of the monstrosity of  violence in the country the celebrities  said that “Jai Shri Ram” has become a ” provocative war cry” which has led to law and order problem and “the lynchings take place in its name.”
These celebrities want government to pay urgent attention to the worsening law and order situation in the country and take measures to end the chain of violence. The continuous lynching incidents have sparked world wide protest and defamed the country.  Those with the regressive communal mind set grabbed the opportunity to oppose the celebrities expressing deep concern over the rise in the lynching incidents in India with the crocodile tears for the plight of Muslim women.
CONGRESS SILENT OVER MOB LYNCHING
Priyanka Gandhi visited UP to meet the families of tribal farmers killed in Sonbhadra .Initially the administration did not allow Sonia Gandhi to meet the families of the victims but later the administration relented.  Finally she met the families of Ubha massacre. She expressed shock over the brutal murder of the tribal farmers.  She asked every Indian to stand with the victims in the name of humanity.  The Congress leader had to go through a lot of hiccups in materializing the meet.  Her gesture has drawn a lot of accolades.  However same Sonia Gandhi or  the Congress failed to offer the same mode of support to the  families of the victims of mob lynching who mostly happened to be Muslims.    The Congress chose to remain silent over the continuous mob violence over the largest minority in India.    There are no rumblings of discontent or protest over the very dangerous phenomena. The Party of Sonia Gandhi remained distances away from getting involved in the unfortunate imbroglio .  The deficit of sympathy or support to Muslims in India who are largely the victims of the chain of mob violence  looks to have been born of not hurting the sensitivities of the communal forces.   The lack of concern over the gruesome incidents of killing over the trotted out or fabricated pretexts may have been triggered by the politics of soft Hindutva.   The deepening silence of Congress over the atrocities on Muslims is attuned to its history.   Congress only used Muslims as vote bank and did nothing to address the discomforting scenario of the community. Instead its track record of damaging the Muslim interest is all the more glaring. It was during Congress rule a lot of communal riots took place. The worst ever communal violence in the wake of the demolition of Babri Masjid in Mumbai continued unabated.  The situation continued worsening with the alleged partisan role of the police.   The alleged partisan role of the police instigated the bravado of the communal forces in Mumbai to have the field day.  Sri Krishna Commission probing the riot found the role of certain section of law enforcers diametrically opposed to peace and harmony in the commercial capital of India.   The Commission indicted certain cops and suggested certain measures to contain the communal violence.  The Congress won the election on the promise of implementing the recommendations of Sri Krishna Commission but did nothing.  The Babri Masjid conflict traces its origin to the then Congress rule in UP.  The water was further muddied with the unlocking of the gate.   Instead of assuaging the pain of Muslims the Muslims faced another tough situation in Congress rule. They were falsely implicated in the terror cases.  With all the vagaries of the party the community got marginalized and got loaded in the teeming slums.   The poignancy of the situation was that despite all the injustice heaped on the community there was the false allegation of Muslim appeasement which Congress failed to rebut.   In the wake of all the horrendous scenario faced by the community it was very saddening to note that Ms Sonia Gandhi lamented that Congress is treated as the  Muslim party and received all the drubbing due to that. To overcome this declared blemish every trick in the book was tried to give it a different flavour.   Resonating with the idea of playing the communal card effort was made to display the soft Hindutva .The soft Hindutva and secular stance were glaring in contradiction for Congress. Congress lost under the weight of its own contradiction.  Congress continued to test the victory for a longer time earlier.   Was it not treated as the party of Muslims then? Congress instead of thinking over the false factors over its poor performance needs to stand with the renewed zeal and energy to challenge the growing threats of communal forces.  With sincere performance the party can have fresh lease of life.
VICTIMS DEFAMED TO PROTECT MOB LYNCHERS IN U.P.

UP CM Adityanath Yogi is again in the focus for playing his familiar communal tune. This time he waded in to controversy with his statement concerning  the murder of Nawab and Shahid who were key witnesses in Muzafarnagar  communal violence.  Yogi cast aspersions on the deceased. He pointed to the negative character of the murdered youth.  Adding to the criticism he said that Nawab was bad characterd having an illicit relations with a Hindu woman.  He not only spoke ill of the deceased but went further stating that the murdered Muslim youth  were not at all concerned with the Muzaffarnagar communal violence.  He was responding to the question raised  by Haji Irfan Solanki in UP assembly who expressed concern over the security of the witnesses.   Reacting to the controversial statement of Yogi the Opposition lambasted him for playing rancorous religiously polarized politics in the matter.
The  alleged criminals thumping their chests would be emboldened to do the further crime. Those allegedly favored  would stoke the incendiary situation and fan the communal violence.   It is such softening towards the communal miscreants that the chain of communal violence continues unabated.  The continuous incidents of mob lynching of Muslims in India has defamed the country.  It has sparked world wide outrage and protest. Any branding of dissent is not tolerated. Opposition is teeth-less to play any effective role. Attuned to the prejudiced atmosphere and polarized polity, it’s easy to blame victims. In UP the murdered Muslim youth were painted devil.  Whatever may be the blemish, the violence cannot be justified under any circumstance.