Home Crime China for its Masood Azhar slight, and its attempt to interfere in... 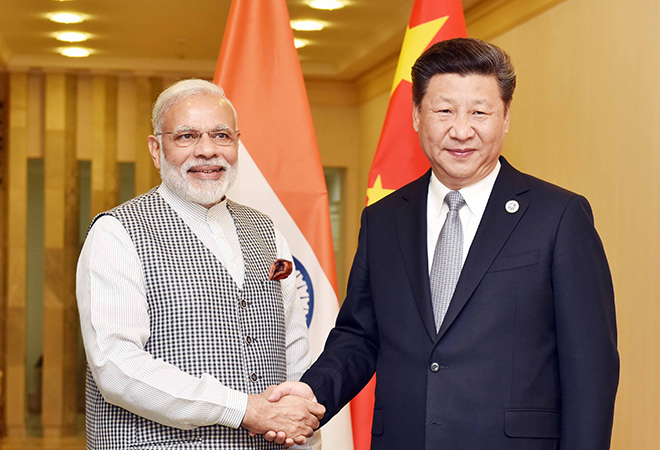 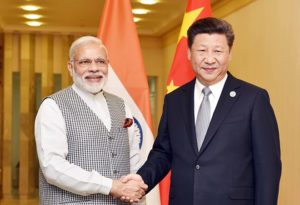 Regardless of the spin Indian diplomats put on it — and no matter how much anyone tries to play down China’s veto (for the fourth time) on designating the Pakistani jihadi terrorist, Masood Azhar, as an international terrorist by the UN Security Council — the fact is that this was a blatantly unfriendly act by a country that has proved, once again, that it is anything but a friend of India.

To not put too fine a point on it, China is an openly hostile country which shamelessly supports and defends Pakistani terrorists who attack India, and then, with a forked tongue, speaks of peace and friendly relations with India.

Therefore, India’s mealy-mouthed reaction — not naming and shaming China for placing a ‘technical hold’ and merely expressing ‘disappointment’ over the bailout given by China to Pakistan and to the terrorist Masood Azhar — is emblematic of the pusillanimity that has allowed China to cock a snook at India.

Until Pulwama, Masood Azhar was a major irritant in the India-China relationship. India didn’t like the Chinese obstruction in including Azhar in the UN sanctions list, but in the interest of the larger relationship with China, India was willing to put Azhar on the side. But after Pulwama, Azhar has become an embodiment of the fact that proscribing jihadist terrorism is now a ‘core interest’ of India. A strong, unambiguous signal needs to be sent that anyone who plays games on this issue will be rubbing India the wrong way because India can no longer afford to look the other way. 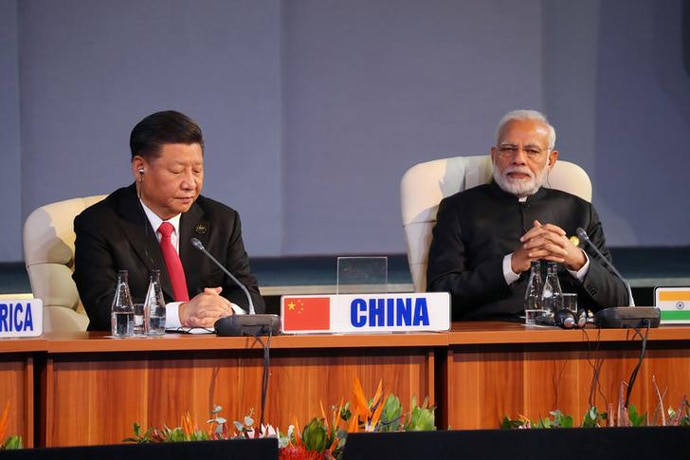 They’ve asked for it. It’s time for us in India to take tough decisions — and fast. (Photo: Reuters)

On terrorism, there can be no bargaining — no diplomatic quid pro quo of the “You back BRI, we ban Masood Azhar” type. Countries negotiate and make deals on many things — but not on core interests.

The point, however, is that unless India makes it clear that there will be serious consequences for whoever tries to protect Pakistani terrorists, the phrase ‘core interest’ loses all meaning.

The question is whether India is now ready to acquaint China with these ‘consequences’ or will carry on with business as usual.

The Chinese are, of course, being disingenuous when they seek more discussions and evidence for sanctioning Azhar. It is indeed quite rich of China, a country which has interned over a million Muslims in concentration camps simply because of how they look, what they wear, whether or not they pray and what they say, to demand evidence against a self-confessed terrorist. 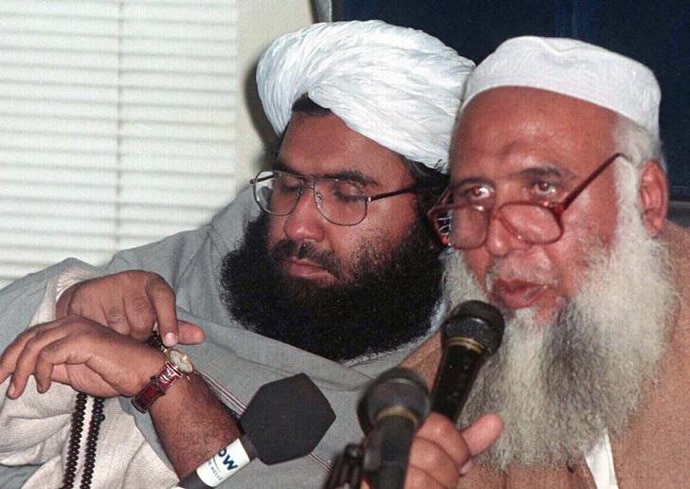 His time will come. India must stop holding its breath on China’s decision over Masood Azhar and devise new ways of punishment. (Photo: Reuters)

Evidence is not — and never was — an issue. The issue is geo-politics, geo-strategy and geo-economics. And India has failed to leverage its strengths in this domain to force the Chinese hand.

In a sense, India has not only underplayed its strengths and not exploited opportunities that have come its way to change the Chinese calculus, but worse, it has not even signalled the costs attached to Chinese obduracy on Azhar. For instance, at a time when most Western countries have virtually banned the Chinese telecom giant Huawei from entering the 5G space, what prevents India from keeping the Chinese company out of the 5G trials on security grounds?

Many other Chinese companies linked to the Communist party or the Chinese state can be eased out from a variety of contracts on security or other grounds. Taking a leaf from China’s book, India doesn’t have to indulge in any bombast while taking these steps — all it needs to do is speak with the same forked tongue that the Chinese use while crossing India’s path, but making sure the message is delivered loud and clear.

For decades, India has tended to take the China-Pakistan relationship as being set in stone and therefore assumed that it is a mug’s game to expect China to do anything that goes against the interests of its ‘Iron Brother’. While it is true that China has strong strategic interests and now, increasingly economic interests in Pakistan, the fact is also that China’s economic stakes in India outweigh its interest in Pakistan — and India’s strategic options, if it chooses to exercise them, can cause more damage to China than any advantage it hopes to get out of Pakistan.

India is one of the biggest trading partners of China and the surplus China enjoys in its trade with India surpasses the total investment it seeks to make in the China-Pakistan Economic Corridor (CPEC).

At a time when China’s unfair, restrictive and predatory trade practises are being questioned world over, a trade war with the US already underway, the Chinese economy slowing down quite fast, and the debt balloon becoming dangerously big, the last thing China would want is losing the Indian market.

Forget about WTO and other international regimes limiting our options; there are a number of ways of staying within the four corners of WTO rules and still placing barriers that make trade with China difficult and unprofitable. This is a leverage that India can use. Of course, it won’t be costless for India, but then, there are no costless options anyway if ‘core interests’ have to be protected and advanced. If India keeps looking for costless options, and is not ready to pay a price for its security and stability, then it might as well close shop and go to sleep.

The economy is just one leverage that can be deployed. On the strategic plane, India needs to give up its traditional caution, even reluctance, and move towards aligning itself more closely with the US and its other allies like Japan and Australia, and also rope in some other countries spooked by growing Chinese assertiveness — for instance, Vietnam and Indonesia — to contain China in the entire Indo-Pacific region. Why can’t India revise its stand on the Quad and take the lead to energise and formalise this into something substantial? Politically, India can deepen its engagement with Taiwan — and start voicing concerns over the treatment of Muslims in China. 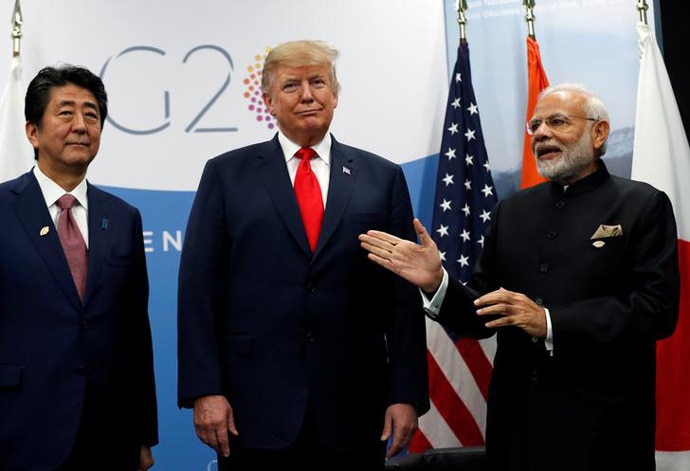 How to influence new friends and allies: India must move more strongly and swiftly towards the US and Japan now. (Photo: Reuters)

That China will be chary of taking any step that could drive a wedge between it and Pakistan is also an assumption that needs to be re-evaluated. More than anything else, this has become an alibi for China in our minds and the sooner we debunk it, the better it is for us. It might have been true at a time when Pakistan had two suitors — USA and China — vying for its attention and affection. But today, Pakistan’s almost total dependence on China, not just for military equipment and strategic support but also for economic bailouts, means that Pakistan cannot and will not do anything that riles China.

After all, concubine states always avoid getting into a tangle with their masters.

There is probably also a political angle in the latest move by China. Its ‘all-weather friend’ Pakistan has a lot invested in seeing the back of Prime Minister Narendra Modi after the General Elections — sanctioning Azhar at this time would raise Modi’s stock even more in the eyes of the Indian electorate, and that’s the last thing Pakistan would want to see.

By vetoing Azhar’s designation as a global terrorist, China has tried to influence and interfere in the Indian elections.

This should serve as a wake-up call for all those in the ruling dispensation who were going all gaga over the ephemeral and amorphous ‘Wuhan spirit’ — while that ‘spirit’ has now gone up in smoke, Modi should use this opportunity to start turning the screws on China. If he fails to take at least the first few steps — blocking Huawei, cancelling certain contracts, imposing some barriers on Chinese goods — and prefers to lump this slight from China, then India will have no one else to blame but itself for being treated as a pushover by China.

If indeed Pulwama has changed India, then let us see some signs of that in India’s China policy, in the next few days, not weeks. Soft-pedalling on China is no longer an option. India needs to take some really hard decisions — and fast.