Home INDIA Is media taking us towards the right direction of democracy? 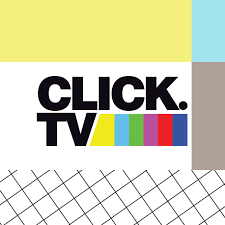 Media the fourth pillar of democracy, known as the watchdog of Govt, meant to be the mouthpiece of common masses. But, is that in reality? Is media a mouthpiece of common masses or Govt? Not really hard to decide. Media has the power through which it can turn an unknown person into a star overnight and can turn a star into a flop overnight. Dates of upcoming general elections are released by Election Commission of India on 10th March. Elections will be held in seven phases which will be started from 11th April and will end on 19th May, Election Results will be out on the 23rd of May. Pritam moment election dates were out by Election Commission, media channels started discussing over the issues of general elections 2019. On the topics which media is discussing are –

These are the topics which media is concerned about and these are the burning issues of prime time debates on Indian news channels. For media houses, Priyanka Gandhi’s entry in politics is the biggest topic to discuss. They are finding the points, how Priyanka Gandhi can benefit Congress in the way to defeat BJP in upcoming Elections and how PM Narendra Modi’s police can help BJP to win again? In the country of approximately 1.32 billion people, these are the main issues being discussed. It’s such a big irony that India ranks 103 on global hunger index report which came in October 2018 and yet we are discussing nationalism, religion and politics of political parties forgetting some real issues like –

Being a nation with the world’s second largest population, having secular constitutional structure, we are not discussing the real issues but discussing the political issues. Right now, almost nobody is concerned about the basic facilities in rural India everything that only announcements of big schemes will automatically help no matter what, those schemes are being followed up or not? Also, nobody is concerned about whether students living in rural India really going to school or not and they are getting all the facilities being provided by the government or not? Farmers from Tamil Nadu water testing in Delhi for months but there was no prime time show on their demands on any media channel.

India is the youngest country in the world as having the world’s largest young population. Even here we are lacking while talking about top issues being faced by youngsters. Like – education, employment, and equal opportunities. Rapid privatization of Government education Institutions is one of the biggest concerns among the students passing out from schools and moving towards colleges. Even Delhi University teachers association is protesting for more than a year no media house paid attention towards their demands.

Elections are coming yet news channels keep on discussing which party is doing what for religion and how great speeches and statements are being made by politicians? No concerns over how voters can choose eligible candidates to represent their localities and how can the get information about all the candidates of their constituency? They are only concerned about how a party can defeat another one. They are discussing which party is more nationalist and which party is working towards which religion? Also which party is favoring friendship with Pakistan? Nobody talks about current government reacted to the conflicts and Foreign Affairs of India. Nobody is ready to talk about the solutions to problems coming in the to solving the conflicts and to improve foreign relations.

This quote clearly defines the role of media in making of a model democracy. If the media will start working as media, our Indian democracy will become more powerful.