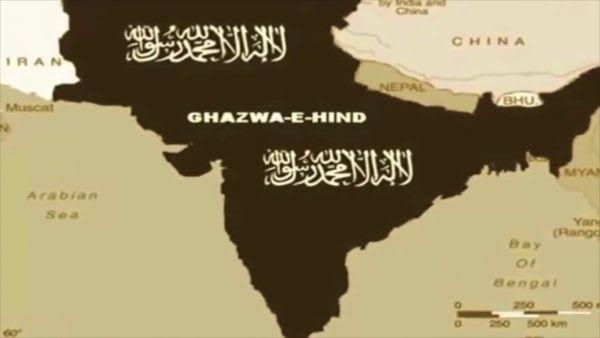 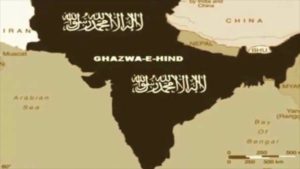 In recent years, the hadith about Ghazwatul Hind has been in discussion among the Islamists and intellectuals of Pakistan. Newspapers and TV channels regularly discuss the hadith explaining the meaning of the hadith and its authenticity. According to the hadith reported by Abu Huraira, towards the end of the world, an army of mujahideen will attack India and defeat its king and drag him in chains to Jerusalem where they will meet Hadhrat Isa a.s. This hadith is very popular in Pakistan though surprisingly, Indian Muslims do not give any special importance to this hadith.

One intellectual and political analyst of Pakistan who is more obsessed with this hadith than others is the conspiracy theorist, Oriya Maqbool Jan. Though a section of Islamic scholars consider this hadith to be weak and some even think it is one of the thousands of fabricated hadiths, Oriya Maqbool Jan has the firm belief that the hadith reported by Abu Hurairah is authentic because Imam Hajar Asqalani has quoted it in his book. Not only that, Oriya Maqbool Jan also believes that the time of the victory of the mujahideen over India has come and In a YouTube video he says that after Narendra Modi came to power, the situation of India is clear indication that the time for Ghazwatul Hind has come. However, Oriya Maqbool Jan has not specified the situation in India which strengthens his belief. But he says that like the Rohingya Muslims who do not have any citizenship rights and political or geographical identity, ’25 crore’ Indian Muslims will also meet the same fate in India and the situation will lead to Ghazwatul Hind which will lead to the defeat of India’s king (Narendra Modi) and he will be dragged in chains and will be taken to Jerusalem.

One important point that he loves to ignore that even if the hadith is authentic, it speaks about a war that will be fought against  India and during the prophet’s time, India comprised the whole region including Sindh, Afghanistan, Burma and Sri Lanka. Oriya Maqbool Jan though admits that during the rule of Ashoka, Aurangzeb and the British Empire, India included all these regions. Still later he contradicts his own position saying that the region which is called Pakistan today was never a part of India. He says that the Sind Civilisation was a part of the Civilisation of Harappa and Mohenjo-Daro and was distinct from the Indian Civilisation.

Why does he say so? Actually he wants people to believe that it will be Pakistan that will be on the vanguard of the Ghazwatul Hind and will lead the mujahideen from Khurasan against the King of India and will defeat it. That’s why he presents the theory that when the hadith speaks of Ghazwatul Hind, it means the India of 21st century ruled by a ‘King’ named Narendra Modi. Oriya Maqbool Jan categorically says that the ‘Daur-e-Fitan’ in ‘Akhiruzzaman’ mentioned in the hadith is the reign of King Narendra Modi and the Ghazwa may happen any time during his ongoing five year term.

Mr Maqbool Jan, in order to prove his point, likens the state of Indian Muslims to the state of Rohingya Muslims though he himself admits that the population of Rohingya Muslims in Burma is about 12 lakhs and the population of Indian Muslims is 25 crore (according to his own statistics). He does not elaborate on the point as to how the fate of a people of 12 lakh and a people of 25 crore can be similar? He does not also give details how the condition of Muslims of India in 2019 July is different from their condition in April 2019 and what are the disastrous circumstances of Indian Muslims which have made him believe that Ghazwatul Hind is in the offing.

Although he says that Ghazwatul Hind is in the offing, he does not give the details of any army of mujahideen ready to attack India. If we consider the political situation in the region, the region which is called Khorasan, (Afghanistan, China, Russia), Oriya Maqbool Jan’s ‘mujahideen’ the Taliban are not in a position to capture even Afghanistan for the last ten 12 years. China is ruled by Communists and they are forcing the Muslims there to renounce their religion, leave aside their turning into an army of mujahideen. Russia is also not an Islamic country. The Pakistan army is also at loggerheads with Taliban and in recent months, Pakistani army has received drubbing from Indian army. So where are the mujahideen who according to Oriya Maqbool Jan are ready to attack India carrying black flags.

In fact, the Pakistani obsession with the hadith about Ghazwatul Hind stems from their deep sense of humiliation at their defeat against India in the last four wars. They also have not come to terms with the fact that they lost Bangladesh which they believe was the result of Indian conspiracy against Pakistan. They have been fuelling and funding rebellion and terrorism in Kashmir to avenge Bangladesh defeat and partition of Pakistan. And the growing military and political might of India has strengthened their belief that Pakistan cannot defeat India.

Therefore, in their desperation and frustration, they are looking for a miracle that will destroy India. This is the reason; they have taken refuge in the hadith which is generally said to be a weak hadith. This hadith provides them the consolation that very soon some army of mujahideen will appear from the heavens and destroy India, and that Pakistan will be in the vanguard of the army of the mujahideen. Though Mr Jan seems to be concerned about the Indian Muslims, the truth is that he is only concerned about defeat of India by Pakistan and this hadith provides him some hope. If he had been really concerned about the fate of Muslims, he should be debating the plight of Uyghur Muslims who are being forced to renounce their religious rights and their children are being separated from them so that they will not know their own religion when grown up and will be communists.

When Islamists of Pakistan debate the hadith about Ghazwatul Hind, they love to ignore the hadith in which the holy prophet pbuh said that he got the fragrance of heaven from India. And this hadith is not contested from any scholar of Islam.  They ignore this hadith because this does not fulfil their aspirations against India.

The so called Islamic scholars of Pakistan should come out of their shell and look at the world from a realistic point of view. They should first work towards the education of the illiterate Muslims of Pakistan. They should work towards providing better medical facilities to the poor people of Pakistan who go to the quacks and peers only to be exploited.  A peer of Pakistan raped 700 childless women promising them with children. In the absence of hospitals and medical facilities, people in the semi urban and rural areas go to mazars where they are exploited. Terrorism is a big problem there in which innocent Muslims and non-Muslims are killed by jihadi organizations. Recently, the Prime Minister of Pakistan admitted that 40 terrorist organisations were active in Pakistan. People like Oriya Maqbool Jan should launch movements against illiteracy, terrorism, sectarian hatred and corruption first and stop blaming India for evils plaguing their country.