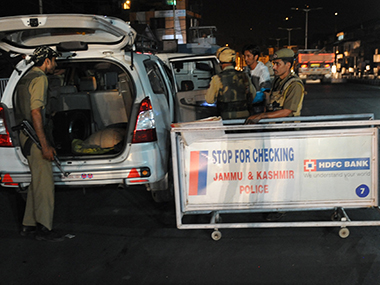 The explosions could barely be heard just a hundred metres away, over the horns blaring from the trucks and cars snarled on the busy road to the busy Maqsudan grain market in Jalandhar. For some days, the four grenades lobbed over the local police station’s unimposing walls, echoed on local television stations. Then, the attack disappeared from the inside pages of newspapers, and our memories: in an India conditioned by 26/11 and Pulwama, a botched terrorist attack amounts to very little.

Now, as India struggles to make sense of Wednesday’s murderous fidayeen attack in Anantnag, what happened in Jalandhar should serve as a warning of the dangers that lie ahead

Inside Kashmir, there is a growing cohort of recruits willing to sacrifice their lives in fidayeen operations—something few were willing to do a generation earlier. Perhaps more important, the new-generation jihadists are seeking new fields for battle—their imaginations fired not by Kashmiri religious nationalism, but the global jihadist project.

For more than a year now, Al-Qaeda has been seeking means to transform the unwinnable war of attrition against Indian forces in Kashmir, by instead inflicting pain on the country’s cities.

The grenades tossed into the Maqsudan police station could prove to be the first shots fired by this new generation of little Osama Bin Ladens.

Last week, one of the men behind the Punjab grenade attack, Abdul Hameed Lone, took charge of Kashmir’s fledgling Al-Qaeda unit—and of its project to transform the region’s conflict into a pan-India terror campaign. Born in 1990, to lower-middle class parents, Lone (also identified as Abdul Hameed Lelhari) grew up in the village of Lelhar, on the banks of the Jhelum, in the heart of southern Kashmir’s apple-growing country. His journey helps understand the generation of jihadists who have emerged from the debris of two decades of incessant conflict. Lone completed his early school education from the Evergreen Public School, one of the private educational institutions that had sprung up across the region as public education collapsed amidst the conflict. In grade 5, though, straitened circumstances forced them to move him to a free, government school. Then, three years later, he dropped out of education altogether. He worked as a labourer, a cook, and then a mason.

Lone, family sources say, began exhibiting an interest in religion around this time. He turned to the Jama’at Ahl-e-Hadith—a neo-fundamentalist movement that was brought to Kashmir in 1925 by Sayyed Hussain Shah Batku, a Delhi seminary student who preached against the region’s Hinduism-inspired syncretic religious practices, such as worship at the shrines of saints, the veneration of relics, and the recitation of litanies before namaz prayers.

Early on, the Ahl-e-Hadith came under attack in Kashmir, from peasant clerics who charged Batku with being an apostate, and even the dajjal, or devil incarnate. Its message, though, resonated with an emerging, literate class. Though small, the historian Chitralekha Zutshi has pointed out, the “influence of the Ahl-e-Hadith on the conflicts over Kashmiri identities cannot be overemphasised”.

The Ahl-e-Hadith was founded by Sayyid Ahmad of Rae Bareli, who was killed at Balakot in 1831 while waging an unsuccessful war against Maharaja Ranjit Singh’s kingdom, a campaign that fired the minds of jihadists from the Jaish-e-Muhammad’s Masood Azhar, to leaders of the Indian Mujahideen—and Lone himself. It was in the Ahl-e-Hadith’s prayer meetings, police believe, that Lone, too, made his first contact with a jihadist group, the Lashkar-e-Taiba.

In early 2015, the Lone teenager—just 15—married Afroza, the daughter of a pious Ahl-e-Hadith family, from the nearby village of Drubgam. The marriage, family sources say, was brokered by members of the organisation. Its immediate consequence was to sever Lone’s ties with his own family: inside a week, the couple had moved out of the family home, into a one-room tin shed in Pul Lelhar’s swampy New Colony area.

Lone’s name began appearing in police intelligence records early that summer, listing him as engaging in low-grade logistical work for the Lashkar-e-Taiba. He fled home in May 2018, leaving behind Rs 3.5 lakh, his share of the family property, with his wife.

Inspired by jihadist icon Zakir Bhat—the founding commander of Al-Qaeda’s unit in Kashmir who was slain earlier this month—he then drifted into the small but growing ranks of young Kashmiri Islamists who sought a jihad free of Pakistan’s influence.

Ever since 2017, Al-Qaeda’s south Asian leadership has been clear the energies of its Kashmir recruits ought be focussed on the far enemy, India—not its forces in Kashmir. In December 2017, Usama Mehmood, the second-in-command of Al-Qaeda’s South Asia operations , argued that the key to victory in Kashmir lay in attacking Indian cities. “India is already using 6,00,000 troops just to hold on to Kashmir”, Mehmood said in a statement. “If it is attacked in Kolkata, Bengaluru and New Delhi, it will come to its senses and release its grip on Kashmir.”

Then, in February, 2018, Zakir Bhat called for targeting “companies which are associated with the Government of India, or those foreign companies which have invested or wish to invest in India.” These, Bhat argued, were “those supporters and personnel who run the tyrannical and infidel system of India, protect it and give it advantage.”

In the view of Bhat, and others in his circles, Pakistan-based groups like the Lashkar had damaged the Kashmir cause, serving Islamabad’s interests rather than providing a real foundation for a genuine, jihadist mass uprising against India. For them, the answer lay in Al-Qaeda’s message of a perpetual jihad, free of the shackles of nation-states.

From the crowds of thousands who have gathered in southern Kashmir for his funeral, it’s clear his message has more than a little appeal. Those drawn to Al-Qaeda in Kashmir have often been middle-class youth, willing to give up their education and career prospects.

Fazil Bashir Pinchoo and Shahid Qayoom, charged by the National Investigation Agency with throwing the grenades in Jalandhar, were students at the local St. Soldiers Institute. Zakir Bhat himself dropped out of engineering college in Chandigarh to become a jihadist.

Modi’s strategy, ever since 2016, has been predicated on coercing Pakistan into shutting down its jihad factories. He’s had some success: for weeks now, faced with economic pressure and the threat of war, Islamabad has shut down an estimated 700 seminaries, closed training camps, and silenced prominent jihadists.

The Generals aren’t, it’s clear, quite willing to give up the game: undeterred by Balakot, they’re willing to gamble India won’t risk war each time there’s a terrorist attack. Al-Umar, which claimed the Anantnag fidayeen attack, is based in Muzaffarabad, and led by Mushtaq Zargar, who has been harboured by Pakistan since he was released in the 1999 Indian Airlines hostages-for-prisoners swap.

Even if Pakistan is compelled to shut down jihadist operations on its soil, though, Lone’s story shows the problem won’t end there: India faces a generation which believes sacrificing their lives will open the doors to utopia.

In the absence of genuine political outreach to stall the youth rage in Kashmir, the government’s post-Balakot gains could prove illusory. For each terrorist eliminated, Lone’s story shows, there are several others lining up to die for the jihad—and willing to kill for it.