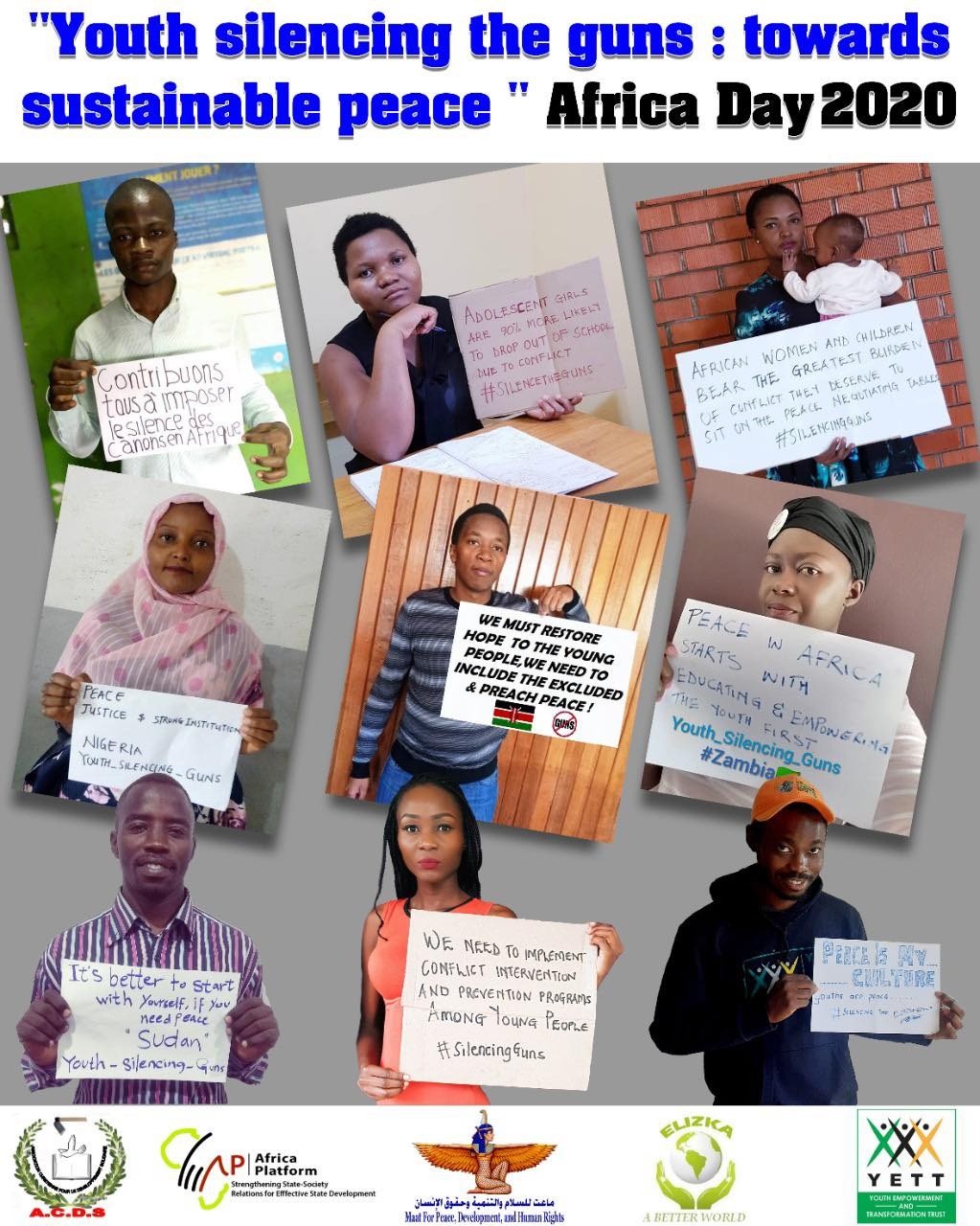 Okeil: “Foreign interventions supporting terrorism affect the rights of young people to decide their own destiny”

Monsif: “The outcome of the project will be submitted to the relevant agencies in the United Nations and the African Union”

In the context of this project, awareness campaigns were launched in the participating countries to advocate the role of youth in “silencing guns”, which is the theme of the African Union for 2020.
As a part of the regional project, youth held an online discussion “webinar” to exchange views on the role of the youth of the African continent in implementing SDG 16 of Agenda 2030 and Aspiration 4 of Agenda 2063. Moreover, they discussed the United Nations Security Council Resolution 2250.

Participants came out with a declaration of recommendations for all relevant stakeholders, focusing on a number of issues related to political and economic empowerment of youth, focusing on data and measurements related to the influence of youth on terrorism, and considering the situation of young women as the most vulnerable group, also the youth capacity-building as a preventive tool.

The document stressed the necessity of forming a national or continental observatory of the African Union that works to analyze youth attitudes towards conflicts, and provides recommendations for African decision makers, it also stressed the development of cooperation between young people under various regional and trans-regional platforms, and the exchange of experiences and strategies in dealing with this file, especially in regions where cross-border terrorism is prevalent.
Ayman Okeil, President of Maat for Peace, Development and Human Rights, stated that there is a need to activate the role of youth, especially with the increase in external interventions in African countries that play a prominent role in igniting wars and fueling internal conflicts, causing more damage and abuse to young people, and bringing nothing but death and destruction, all this to serve those foreign interests.

Okeil also stressed the need for collective cooperation at the regional level to confront those interventions that affect young people and their right to determine their own destiny and future.

Hagar Monsif, Project Director and Head of the African Affairs and Sustainable Development Unit at Maat, stated that the project recommendations and outputs will be submitted to the stakeholders in the United Nations and the African Union.
She stressed that the young participants from 18 different African countries represented the challenges faced by their countries and territories, and emphasized that there must be a convincing and satisfactory return for the youth in order to give up wars and arms and take the path of sustainable peace.

It is worth noting that the project was held in May 2020, during the annual commemoration of the foundation of the Organization of African Unity (OAU) (now known as the African Union) on 25 May 1963.