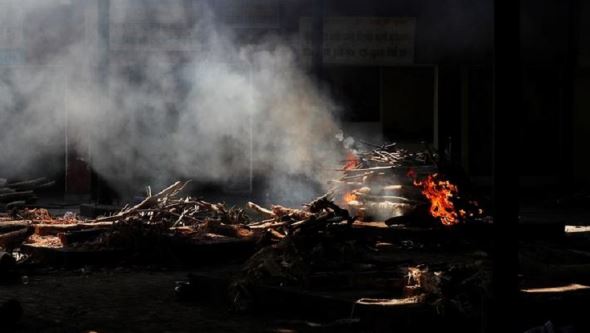 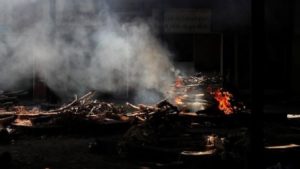 A group of Muslim villagers in Assam’s Kamrup district has performed the last rites of a Hindu man, who had stayed at a Muslim friend’s residence with his family for over 25 years, officials said on Sunday.

Sixty-five-year-old Rajkumar Gaur used to stay at Saddam Hussain’s residence in Rangia’s Khandikar village after the death of his father rendered him homeless in the 1990s.

After Rajkumar Gaur died on Saturday, Hussain and his friends pooled money to purchase the items required for a Hindu cremation and arranged a priest, said Shukur Ali, a resident of Khandikar village.

They also carried his body to the cremation ground and set fire to the funeral pyre amidst chanting of Vedic chants, Maidul Islam of the same village said.

Upen Das of a neighbouring Hindu village backed this version saying the people of Khandikar had asked him for the list of items needed for Gaur’s last rites. Official sources said the administration was not involved in the cremation but was aware of the incident.

Hussain said he had given shelter to Gaur after he was forced to vacate the Railway quarters where he was living following the death of his father who had come to Assam from Uttar Pradesh. “I had built a dwelling for Rajkumar inside my premises so that he could live with his family,” he said.

Gaur remained a Hindu but used to take part in Muslim religious and social functions, another villager Majibar Rahman said.

His two daughters were married to Muslims. “The gesture is in line with the traditional Shankardeb-Azan Fakir communal harmony culture of Assam,” All BTAD Minority Students’ Union central secretary Najrul Islam said.

While Srimanta Sankardeva was a 16th century Hindu polymath and socio-religious reformer, Azan Fakir was a Muslim preacher from Baghdad who had come to Sivasagar in Assam and unified the people there.

Earlier this month, Hindu youths from Sivasagar and Charaideo districts of eastern Assam provided thousands of Muslims from western Assam, who had gone there for NRC re-verification, with food, water and ORS for free.