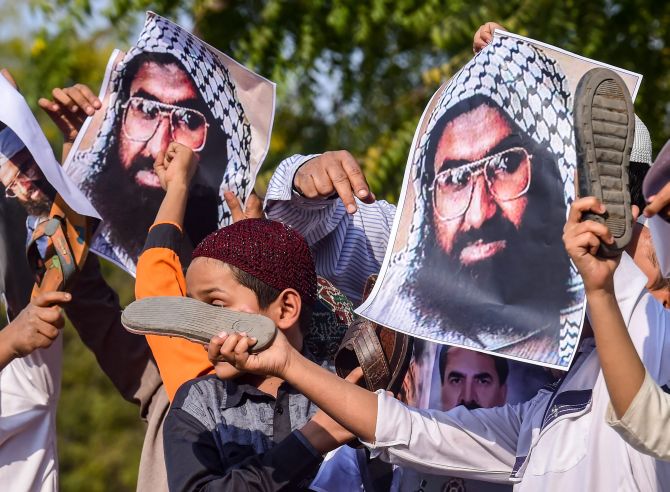 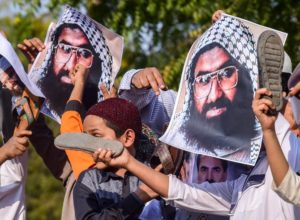 ‘Jaish has been allowed to resurge through supported terror actions in J&K in a deliberate tactic by Pakistan, if only to reduce the international pressure on the LeT after 26/11,’ points out Rana Banerji, who headed the Pakistan desk at the Research and Analysis Wing, India’s external intelligence agency.

The deadly ambush by a Jaish e Mohammed suicide bomber on a CRPF convoy travelling along the Jammu-Srinagar highway near Latoomode, Avantipura, marks a disconcerting escalation in the insurgency in Jammu and Kashmir.

Car borne suicide attacks were briefly seen in the valley last in the October 1, 2001 attack on the J&K assembly, but thereafter nipped in the bud through a series of concerted and successful counter measures.

This time, the quality of planning, prior garnering of high intensity explosives and precision of the attack could be indicative of more intensive training of Jaish cadres, even of recent ‘indigenous’ recruits from our part of Kashmir and study of such actions by the Taliban in Afghanistan.

The JeM (‘Army of the Prophet’) has been allowed to resurge through supported terror actions in J&K over the last few years in a deliberate tactic by Pakistan, if only to reduce the international pressure on the Lashkar e Taiba leadership after 26/11.

Azhar was always a greater success as fund collector, ideologue and motivator than as a fighting militant. In recent years, his leadership and control may have become more distant, more as a cult phenomenon while actual supervision of India or Kashmir-centric operations devolved on his younger brother Rauf Asghar.

The present action in Pulwama is reported to have been masterminded by Mohammad Umair, another son of Athar Ibrahim, along with a highly trained explosives expert who came in from Muzaffarabad.

The bulk of JeM’s support base continues to lie in the south Punjab districts of Bahawalpur, Multan, Rahimyar Khan. Many recruits from this hinterland continue to go to Afghanistan, to train jointly with Lashkar e Taiba and Tehrik e Taliban elements. This happens with the knowledge of Pakistani agencies.

As could be expected, Pakistan has been quick to condemn the incident and deny its hand or support for such actions. These denials cut very little ice.

After the Pathankot attack in January 16, when the Ajit Kumar Doval-Lieutenant General Nasser Janjua (retd) (the Pakistani counterpart of the national security adviser) dialogue track was still surviving, several Jaish cadres were rounded up and the prominent leaders of JeM, including Masood Azhar, were taken into `protective custody.

However, soon enough, within a few months and as the heat eased, these cadres were quietly released. No satisfactory explanations were forthcoming from Janjua even after he was confronted with photographic evidence thereof.

By then, of course, Janjua’s position as NSA was on a slipping wicket, as being a Raheel Sharif appointee, he did not enjoy similar rapport or confidence of Pakistan’s new army chief, General Qamar Javed Bajwa.

Presently, Pakistan does not have a national security adviser, and for all Imran Khan’s seemingly conciliatory talk, there is no quasi-civilian interface for dialogue, though from time to time, we keep hearing of the Pakistan army’s willingness or support for revival of talks.

These could be measures intended to divert international pressure and avoid isolation as `a global terror supporting pariah.

Against this backdrop, apart from the usual and perhaps politically necessary rhetoric about exploring possible measures of reprisal, both military and diplomatic, the immediate priority of our security and investigative agencies must focus on getting to the roots of this attack.

How it was planned, who was the actual mastermind, for how long did he come into our side of Kashmir, where the plotters stayed, who were the support agents, where the explosives were stored, who the Mahindra SuV belonged to and how the explosives were stacked into it, was any reconnaissance done of the convoy route, especially from where the link road to the highway was used, which villages it connected to.

How effective this resort to classical investigative and criminal policing work is will dictate the next logical counter-measure of policing to stem the possibility of further recurrence of such dastardly actions.

This is going to remain a daunting, uphill, task for which the central agencies must continue to depend on, and strengthen the morale not only of central forces deployed in J&K, but of the J&K police as well.

Efforts must be renewed to ‘drain the swamp’ through a sustained mix of carrot and stick, to use classical counter-terror terminology, so that the alienated youth of south Kashmir are made to understand the ultimate futility of falling prey to inducements from across the border, to take to militant methods.