Home CRITICLES J&K: A total of 3,68,500 domicile certificates were issued 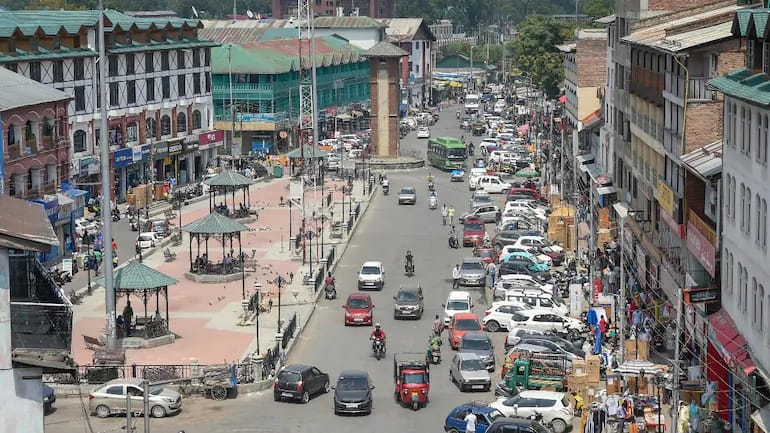 Over 4 lakh people in Jammu and Kashmir have been issued domicile certificates, official documents used to prove that a person is a resident of a particular state/Union Territory.

Bhola Ram (57) in Jammu, who was among the 4 lakh people to receive the domicile certificate, expressed gratitude to Prime Minister Narendra Modi and Home Minister Amit Shah for giving him “justice and dignity”.

He further said that “champions of Dalit rights” like Mayawati never spoke about their plight.

The laws introduced eight months after the abrogation of Article 370 have led to anxiety and fear in the Valley among residents as they believe that it could trigger floodgates for outsiders to settle in Jammu and Kashmir and alter the Muslim majority character of the region.

With domicile certificates issued to people, over 20,000 West Pakistan refugees and safai karamcharis are now entitled to legitimate domicile, giving them rights in education and jobs.

Interestingly, of the nearly 3.7 lakh persons granted domicile certificates are already permanent residents of the Union Territory. A significant proportion has been given out to those who despite living or serving in the state for years were not considered residents of the state due to provisions of Artice 35A, which now stands repealed.

There is apprehension in several quarters that the change in domicile rules for J&K, stripped of its special status on August 5 last year, was meant to force a demographic change in the Union territory by allowing entry to outsiders.

As per the new rules that came into force in May this year, people who have been living in J&K for 15 years, those who have studied in the Union territory for 7 years, or appeared in Class 10/12 examination from an educational institution in the region, as well as their children, are eligible for domicile.

Also, in the eligible list are children of officials of the Central government, all India services, banks and PSUs, statutory bodies and Central universities, who have served in UT for 10 years.

A resident of Srinagar, on condition of anonymity, said: “Most people are applying for domicile certificate and realising that it is now the new normal and essential document. They may be opposed to it but are filing for it.”

It is a larger belief amongst residents in the Valley that Article 370 helped to preserve Jammu and Kashmir’s identity and Muslim majority by barring outsiders from buying land and applying for government jobs.

Political parties like National Conference (NC) and Peoples Democratic Party (PDP) seem to be up in arms.

Ilteja Mufti, daughter of former Chief Minister Mehbooba Mufti, said that the government is trying to engineer a cultural genocide.

PDP leader Waheed Para, who continues to be under home detention, said: “I am a citizen, but now I have to prove my domicile. There is a lot of fear due to domicile. The silence is their response as people are upset. We don’t have consent or conversation.”

NC MP Hasnain Masoodi said: “The domicile policy will have disastrous consequences. It is not who queues up or who are permanent residents. This is a 100-headed serpent which will lead to disenfranchisement and disempowerment.”

Even Jammu and Kashmir Apni Party, considered close to the ruling BJP party in Centre, appeared to oppose the law.

But not everyone seemed averse to the domicile in Kashmir.

Junaid Mir of newly formed J&K workers party said: “We must leave the racist mindset. How will the demography change? Politicians are propagating theory for their gains.”

“We live in modern times. Modern times demand competitiveness. We can do job and buy land outside. Let there be competition. The society will grow and the Union Territory will grow,” Junaid Mir said.

Nazeer Ahmed Badana from the Gujjar community said: “There is a rumour that outsiders will come. But I don’t think so. I think the bigger issue is Article 370…but for me, it is not an issue for us as long as there are developments and jobs. The other issues have always been about politics.”