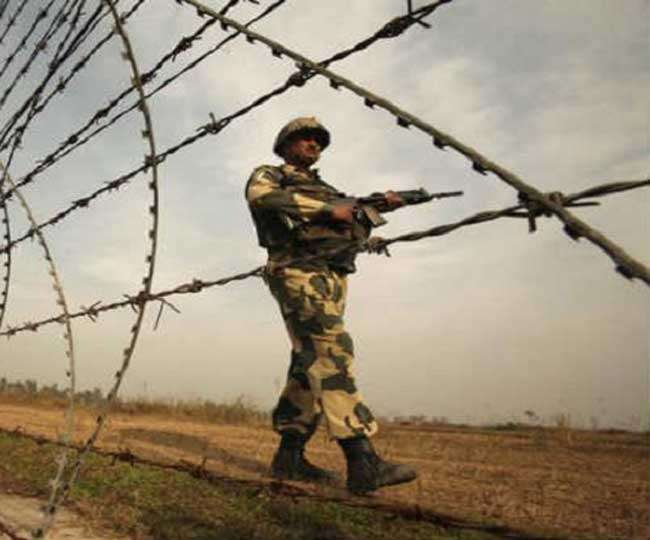 Few days ago, a music concert was organized at Srinagar’s famous Badamwari garden complex in Rainawari on the foothills of Hari Parbat. The music concert, which among other performers hosted Kashmir’s famous female singer Shazia Bashir, was suddenly attacked by a group of goons, who were apparently angered by what they perceived as an open propagation of “shameful” and “Un-Islamic” activities in a Muslim-majority Kashmir. The venue was vandalized, chairs were thrown, stage and expensive music apparatus was damaged and artists like Shazia Bashir barely managed to escape.

So, how did Kashmir reach such levels of cultural orthodoxy without anyone even questioning it?

One of the most damaging aspects of the nearly 32-year-old turmoil in Kashmir has been its rapid slide towards religious radicalism and nowhere has it been more pronounced than in Kashmiri society’s physical transformation into an orthodox Muslim community and its conservative attitude towards culture.

If one were to look at old photos of Kashmir from 1950s to early 1980s, one would find an entirely different kind of Kashmiri Muslim society. The Arabization of Kashmir’s Muslim community that is now the dominant cultural identity marker was completely absent earlier. The Arabic veils, burqas, abayas were either not that prominent or completely absent among a large segment of Kashmiri Muslim population. The long orthodox beard by Muslim men was also very rare. In a way, while urban Kashmir was very liberal, progressive, modern and forward-looking with most Muslim women and men not sporting veils, scarves or long beards, rural Kashmir adhered to more traditional, non-Arabic Kashmiri costume.

Things were even more liberal in the field of music, dance, arts, movie, theatre and painting. Take the example of Kashmir’s legendary modern abstract painter, Ghulam Rasool Santosh, whose abstract paintings on the Hindu Shaivite concept of “tantra” made him and Kashmir famous all over the art world. His paintings continue to adorn Delhi’s gallery of modern art.

But is it possible for a Kashmiri Muslim in today’s world to openly paint Hindu Shaivite motifs without facing either social stigma or a threat to their life from religious radical elements? The period from 1950s to early 1980s is also considered the golden era of modern Kashmiri literary tradition that includes not only poetry and literature but also critical literary writing, all of which came to abrupt halt in 1990, when there was a mass exodus of the Kashmiri Pandit community from Srinagar.

The advent of the turmoil also forced social orthodoxy and conservatism on Kashmiri Muslims—the first victims were Kashmir valley’s cinema halls. Kashmir used to be a thriving hub of movie production; it had its own Doordarshan station at a time when few major Indian cities had TV stations. The cinema halls of Srinagar boasted of screening not only latest Bollywood movies but also English movies from the UK and the US. Srinagar was the favourite ‘second home’ of Bombay’s movie elite and mainland India’s business and cultural elite.

The per capita income of Kashmir valley was one of the highest, when most of India was still extremely poor. The tourism and hotel industry and the infrastructure in Kashmir valley was on a par with Bombay and Jaipur. The Kashmiri Muslim society was welcoming of not only tourists from all over the world but also cultural events like theatre performances, music concerts, movie screenings, which helped Kashmir slowly develop its own film and theatre culture.

Kashmir already had a rich historic tradition in music, dance and poetry, which also got a big boost with the opening up of Kashmir to rest of India and the world. Kashmiri sufi kalam, Kashmir rouf dance, Kashmiri traditional vocal and instrumental music got a big impetus in the four decades since 1947. But all of this came to a grinding halt in 1990. And, the Kashmiri Muslim society has since retreated into a regressive and inward-looking shell.

While Kashmir has been a Muslim majority society for a long time, it was never an orthodox and conservative Muslim society. Songs, music and dance have been integral to the culture of Kashmiri Muslim society. Be it festivals, marriage or religious ceremonies, music is an inseparable part of Kashmiri cultural heritage. But since the rise of religious orthodoxy, these have come under increased scrutiny and criticism by religiously radical elements, who have declared music, songs, dance and pretty much every cultural activity “un-Islamic”.

At a time, when Muslim countries like Iran, Pakistan, Uzbekistan, Egypt and Turkey have thriving movie and TV industry, Kashmir’s Muslim actors have to face social stigma if they choose to pursue their artistic interests. Dance, in particular, has been declared against Kashmiri culture and Islam, when the fact is that dance forms like Kathak developed in the Muslim courts of North India and raqs is a government-promoted dance tradition in countries like Tajikistan, Uzbekistan, Turkey and Indonesia.

What’s worse, even Kashmir’s religious musical traditions like sufiyana kalam have been declared “un-Islamic” along with traditional Kashmiri Eid songs and Eid Rouf dance. There is obviously no question of allowing modern artistic enterprises like fashion designing in present-day Kashmir, when Kashmir has been rocked by radical outrage against all-girl rock band “Pragash” and slut-shaming of Kashmiri Muslim Bollywood actor Zaira Wasim for working in Bollywood movies.

All this, unfortunately, does not augur well for Kashmir’s image as a modern, progressive and liberal Muslim society. Today, Kashmiri Muslims are believed to be religiously orthodox, conservative and radical, just like those in Afghanistan and Somalia. It is an image that has become the defining feature of modern Kashmir and the tragedy is that nothing could be further from the truth. Kashmiri people and Kashmiri culture have always been forward-looking and dynamic, which is why, despite the small number of Kashmiri-speaking people, Kashmir culture has been able to disproportionately assert its impact. We, as a Kashmiri society, need to revive this dynamic spirit of Kashmiri culture and not allow it to become a victim of orthodoxy; else, it will be pushed into oblivion.