Home CRITICLES J&K: How the separatists & their sponsors have been evolving new tactics... 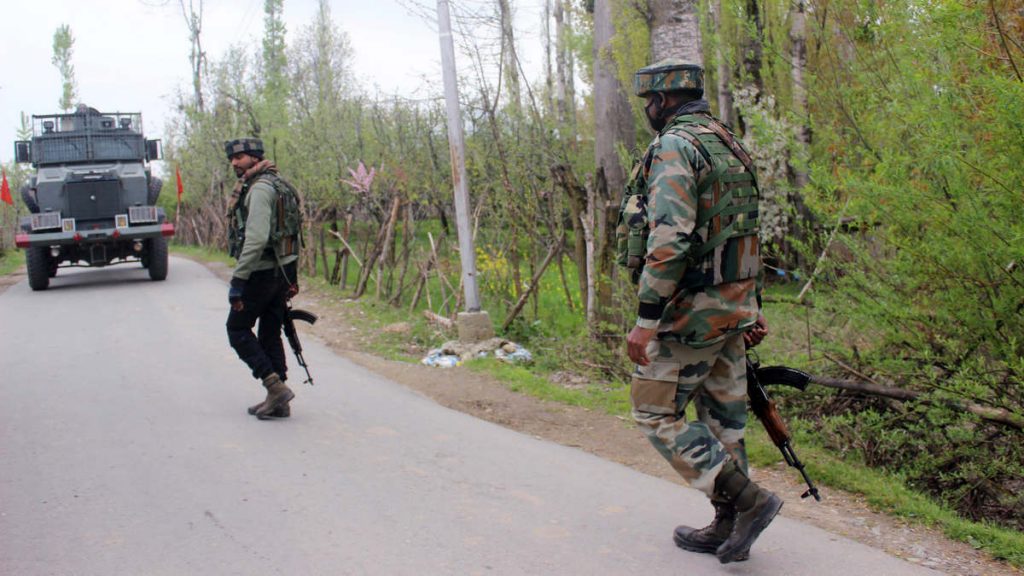 The latest Israel-Palestine conflict ended in a ceasefire last month after 11 days of fighting, but not before 255 people had died. Back home in India, it provided another opportunity for terrorists and separatists to link Palestine and Kashmir on social media, in an attempt to internationalise the Kashmir issue.

This weaponization of social media in the Valley calls for a strategy that responds by understanding the tact applied by terrorist organisations and separatist sympathisers to mobilise public opinion.

It would be prudent to harmonise the efforts being made by all stakeholders. The Army can be nominated as the lead agency to coordinate the strengths of all organs of the government. This is information warfare, and the Army is the only organisation that has a warfare mentality and an operational mindset. That is perhaps why most big powers have cyber warfare as a military function. Coordination of the whole information campaign should be done with professional advice and the strategic communication be created in conjunction with actions on ground.

We need to learn from what others are doing — even from those the Indian State has to deal with — using social media and media far more skillfully than we are currently. Separatist sympathisers have an advantage of not having to go through the friction of bureaucracy. There is an urgent need to fill the online spaces with a national narrative. It has to be done proactively, not reactively. And the narrative has to be credible, based on truth, for which genuine efforts are needed.

It is not that nothing is being done. Different organs of the government are working, but in silos. Most of it is reactive and involves monitoring objectionable content and reporting it to the tech platforms, who may take it down after their internal processing. By then, the damage is done.

Thus, it’s time that professionals were roped in. We have seen the influence of social media on elections in our country and abroad, when professionals employ it deftly as a tool to further their client’s agenda. A similar influence can be created for running information campaigns as part of a national narrative. There is a need for coordinating the effort at national level, but with decentralised execution.

According to reports, China’s new spy strategy in India is based on loan apps, Rummy online and Hawala operations, inter alia. I point to this, merely to illustrate that strategic communication cannot be established only by listing the good steps taken by the government or by negating the lies being propagated by the other side. You have to create a connection with the mind (grab the attention) first, even if a ruse has to be employed.

One of the collateral gains of the Covid crisis has been a quicker embrace of technology and the internet for work, education, socialising, entertainment and more. The separatist campaigns in Jammu and Kashmir have started taking advantage of the internet to internationalise the issue. It has, in the past as well, employed social media and media gainfully to create a Robin Hood image for the likes of Burhan Wani. This adoption of social media as a weapon calls for a quick response from the State, lest we learn at our peril.

The separatists, their sponsors and Pakistan have been evolving new tactics and strategy, for the past decade or so, to keep the Kashmir pot boiling. From 2009 to 2011, each summer witnessed a well organised stone-pelting campaign, a new form of agitation to India, the Intifada style. They realised that unarmed struggle found more acceptance in the Western world, and the belief was not unfounded.

Sometime in 2015, they combined stone-pelting protests with terrorist operations, and used it as a force multiplier. It was used to distract the security forces during an encounter, help them escape, by opening another front against them, where even women and children were employed. In the 1990s, when the security forces used to enter an area for a counter-insurgency operation, the residents used to lock themselves indoors, and avoid contact with armed troops. Now they were rushing to meet them, with stones. A complete tactical turnaround.

The effective security situation and anti-infiltration grid of the last decade resulted in a drastic decrease in the number of terrorists in the valley from a couple of thousands in early 2000s to a couple of hundred now. But the current lot of terrorists is hardly trained because they are unable to enter Pakistan-occupied Kashmir. So they came up with another stratagem — a proactive use of social media as a force multiplier. Earlier, whenever we used to see young boys waving Pakistani flags in congregations or protests in the Valley, their faces would be invariably covered with a veil. But Burhan Wani changed all. In 2015, he and his friends caught everyone’s imagination by posting their pictures on Facebook, holding weapons. Social media was also widely used to mobilise crowds for stone-pelting before, during and after operations against terrorists, and it also became the primary means of radicalisation. The Pakistani deep state has made good use of technological enablers, in keeping with times.

After the abrogation of Article 370, a new terrorist organisation called The Resistance Front (TRF) has emerged in J&K. It comprises elements of existing terror outfits like Hizbul Mujahideen, Jaish-e-Mohammad, Lashkar-e-Taiba and Al-Badr. Besides coordination, the creation of TRF also serves the purpose of circumventing FATF compliances for Pakistan, of choking funding to terrorist groups. This appears to be a smart move of killing several birds with one proverbial stone. TRF, People’s Anti-Fascist Front (PAFF), Al-Badr and Kashmir Tigers, among others have a strong online presence.

The J&K administration is undertaking extensive outreach in the Union territory by spurring economic activity. Its pandemic management programme has also been actively pursued by extending vaccination to inaccessible areas. For nearly two years, there have been no deaths as a result of security forces’ actions. Cycle of violence has been broken, thus throwing a spanner in the works.

The separatist sympathisers now want to play the victim card.

They are using the power of social media to fill up the spaces with Kashmir untruths. It doesn’t matter if blatant lies are being posted. Last week, terrorists killed two cops and two citizens, which the Pakistan Foreign Ministry posted as killings by security forces. The Western world believes such false narratives. Before you can present facts to counter the lie, with increasingly shorter attention spans, the world moves on. Veracity takes a back seat to virality.

Trends are being created on blatant falsehoods. An attempted campaign on Kashmir-Covid-genocide fell flat because the pandemic did not claim many lives in the Union territory, thanks to the active medical outreach by the administration to remote areas. Then they turned to linking the Kashmir cause with Palestine. The scale is being upgraded and the diaspora is being coordinated. Separatist sympathisers have activated the diaspora to internationalise the issue, something India has managed to stave off till now. In today’s electronic milieu, it is the mind space that is being targeted, not votes in a UN body. That is why this communication using these tech enablers is strategic in its dimension. This also gets them attention and support.

A social media campaign by itself will have limited effect. It has to be accompanied by actions on ground, some of which can be publicised and some not. In Punjab, the pictures of militant leaders showing their opulent lifestyle were made public to bring the reality to the people. In Kashmir too, the fact that the children and families of many separatists and other leaders, who incite violence, are either ensconced abroad safely or enjoy government jobs should be made into a campaign with details that agencies can procure. The Kashmir civil society is rather stoic and does need prodding by creating such strategic communication. The successful drive by the National Investigation Agency to target the fund flow of those who instigate violence and other mid-level managers is paying good dividends. Whenever the time is right, the details should be made public.