Home WORLD Maat Issues a Report on the Crimes Committed by the pro-Turkey Armed... 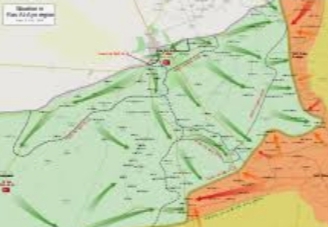 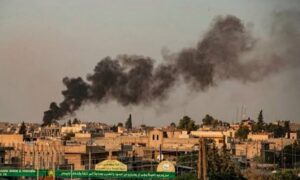 13 February 2021 Saturday
Okeil: The international community’s failure to protect civilians has encouraged Turkey and its allied factions to commit more crimes against civilians in Syria

Maat for Peace, Development and Human Rights issued a report entitled “Crimes Committed by the Pro-Turkey Factions in Northeastern Syria,” within the framework of the electronic campaign launched by Maat earlier this month, entitled “Northern Syria is Bleeding” to support the victims of the violations resulting from the Turkish intervention in Northeastern Syria.
The report also covered the human rights violations inside northeastern Syria, specifically in the areas controlled by the pro-Turkey armed factions, during the period from January 2020 to January 2021. The Turkish-backed armed militias have systematically used extrajudicial killings as a means of crushing opposition and forcing citizens to accept the occupation, including the incidents that occurred during the detention of people objecting to the policies of these militia and their ongoing violations. The report pointed out that the policy of impunity prevails in all these incidents.

The report indicated that about 884 citizens were arbitrary arrested by these factions during 2020 in the Afrin region for expressing their anti-occupation opinions or objecting the coercive practices of armed militias such as imposing royalties, looting stores and assaulting women.
These citizens are arrested without judicial warrants or clear legal basis, and detained in unknown locations without informing their families of their whereabouts.
The report also shed light on the secret prisons of the pro-Turkish militias. There are more than 20 secret prisons, in which the worst forms of psychological and physical torture are practiced against the inhabitants of Afrin, Arabs and Kurds, in full view of the Turkish forces. 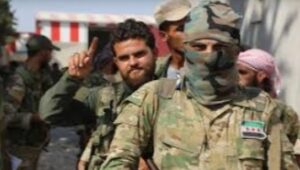 For his part, Ayman Okeil, head of Maat, said that the international community’s recurrent failure to act effectively to protect civilians in Syria has encouraged Turkey and its pro-armed factions to commit systematic war crimes and other violations of international law, including the bombardment of civilian infrastructure and medical facilities, and the intense indiscriminate attacks in populated areas.

Okeil added that the pro-Ankara factions are practicing various types of inhumane violations against the indigenous people and the displaced to Afrin from various Syrian governorates. These violations mainly included targeting civilians and systematically looting their properties such as homes, shops and agricultural lands, in full view of the Turkish forces deployed across the city of Afrin and its suburbs.

Okeil explained that these violations were not only limited to looting civilian property, but also extended to the arrest of thousands of civilians, especially after these factions imposed their security control over these areas, with the aim of collecting a financial ransom from these citizens in exchange for their release after their arrest and exposure to the most horrific forms of psychological and physical torture in the secret prisons established in the areas they control. 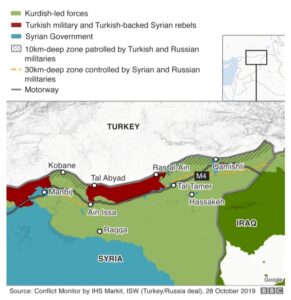 In the same context, Sherif Abdel Hamid, Director of the Research and Studies Unit at the Maat, affirmed that Turkey, through the “new Ottoman” project, has interfered in many Arab countries, by supporting parties, militias and rebels, with the aim of sowing chaos and undermining the sovereignty and unity of those states.

In addition, whoever follows the Turkish military and economic interventions in the region, will discover the presence and expansion of Turkey in Syria, Lebanon, Libya, Yemen, Somalia and Qatar, which results in many human rights violations.
Abdul Hamid added that the international community’s restriction to condemning the violations and serious crimes in northeastern Syria is no longer effective, as has been tragically proven in past years.

He, further, urged the international community to pressure the Turkish government and its allied factions to respect the ceasefire declaration, stop committing further crimes against civilians, and facilitate unrestricted humanitarian aid access to the affected areas, in accordance with its international obligations to protect civilians in armed conflicts.