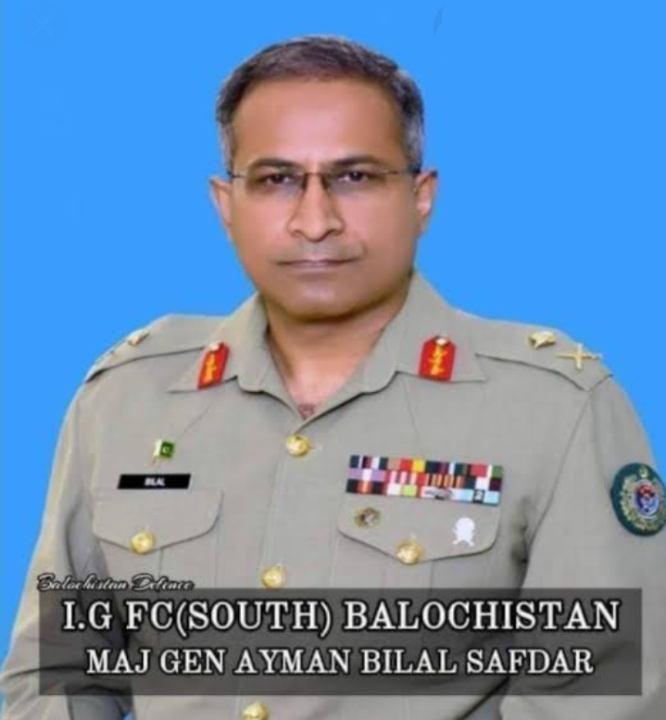 Major General Ayman Bilal of the Pakistan Army has confessed to China’s role and support in his deployment in Balochistan, Bangladeshi newspaper Daily Sun has reported.

“China has deployed me here to crush the Baloch movement and has given me a six-month task,” Maj Gen Bilal said.

“If the threat of FATF is averted, we will go inside Iran and take action. Iran is the biggest enemy of Pakistan which has a direct hand in the instability of Balochistan,” said new IG FC South Balochistan, Major General Bilal at a special ‘jirga’ (meeting) at FC headquarters in Turbat with few notables including local agents of FC and intelligence agencies.

As per the report, Major General Bilal stationed in Ketch District has openly admitted to China’s role in his deployment and assistance and other important matters. In this special ‘jirga’ session of FC, Raheema Jalal, sister of Federal Minister for Defence Production Zubeida Jalal, Sardar Aziz, head of state formed death squad from Pedarak, Yasir Bahram, head of state death squad Nagor Dasht, Hasil Kolwahi and heads of armed groups who are working on state parole from Tump, Mand, Buleda, Zamuran, Dasht and Hoshap were also present.

Maj Gen Bilal, while admitting in the ‘jirga’, said with concern that he had been posted by China in Balochistan based on his 30 years of service experience at a hefty salary and had only six months on the task to “crush” the Baloch national struggle.

He said that he has extensive experience of working in Balochistan for the last 30 years and has worked in Quetta, Sibi, Kolwah, Dera Bugti and Awaran.

“China has paid me a salary and a large sum of money and officially posted me here for their regional interests and to thwart Iran’s conspiracies against CPEC, as it is a kind of investment in regional interests,” he said, as per the report.

Bilal said that the end of the Baloch movement and the success of CPEC is very important for Pakistan and China. “We have a good amount of money for this task, so let us know how much you need because we can’t wait any longer for Iran to create unrest in Balochistan, conspire against CPEC and stab us in the stomach in the name of friendship,” he is reported to have said.

Bilal further said that Iran is the biggest enemy of Pakistan now. “The threat of FATF is averted today, tomorrow we will go inside Iran and teach the Baloch separatists a lesson that their future generations will remember. At the moment we have the option to take action within 25 kilometres of the Iranian border and we will use this option on time,” he said.