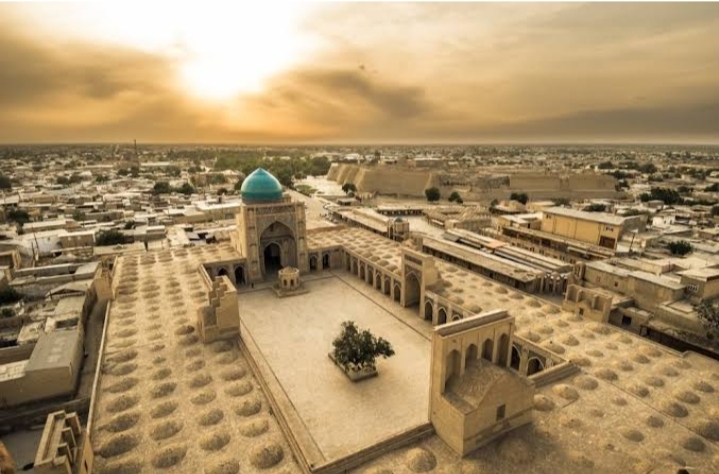 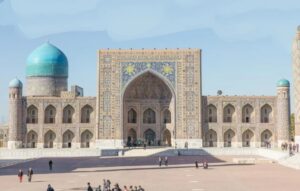 Bukhara and Samarqand in the tenth and eleventh centuries paralleled the major splendid cities of Islam. It was not a mushroom growth of a town, but a systematic development of an important urban centre, diverting merchants, scholars, administrators, fortune seekers and soldiers all alike. Both Samarqand and Bukhara emerged as a beacon of light to the entire Muslim world. As a matter of fact, the Muslims of Ajam got consolidated and the intellectual guidance was acquired by the Ajams from the scholars of Bukhara and Samarkand.

The Muslim culture flourished with all its dimensions. Arts, crafts, fine arts, architecture, Music and other cultural contours spread with full vigor, transmitting the same to the areas as far as Rome in the West and Beijing in the east. The Sufis and the ulama of Bukhara were instrumental in spreading faith of Islam in the far-reaching regions of Kashmir valley and Russian. With the expansion of the Islamic territory Islamic culture found its way outside Arabia, as a consequence of which the heritage of Arab knowledge and learning reached to the remotest areas of the globe including Central Asia. Muslim bin Qutabiyah was in fact instrumental in shifting Arab culture and heritage to central Asia in 706 A. D, as a result of which reputed centres of learning in Central Asia emerged at Samarqand, Bukhara, Tus, Siestan, Herat, Marv, Balkh, Nishapur and Tirmiz, etc. The spread and expansion of Islam in Central Asia gave birth to a highly skilled and modified system of education which undoubtedly was a major phase of intellectual activity, initiated in the area.

The conquest of Central Asia by Muslims as such was not confined to military achievements only but brought in their wake total socio-economic transformation and moral changes in favour of the masses. Keeping in view the importance and significance of education in Islam and its subsequent development in Samarqand and Bukhara in the form of Mosques Maktabas, the process was given a fresh fillip by renowned scholars, rulers, and government and semi-government institutions. Apart from the Mosques in Central Asia, there existed many other centers of learning and institutions imparting general course of study in various branches of education especially Kutub Khanahs and Madrasas. Khateeb Baghdadi has reported this venture in these words; “Among other centers of academic excellence were Khizanat al-Kutub and Madrasa. The Khazanat al Kutub (libraries) was public, semi- public, private and some under state patronage. The semi-public libraries, often supplemented the libraries of the Mosques, because they contained books in which the Mosques were not much interested,notably on logic, geometry, astronomy, music, and chemistry, the latter were called al- Ulum al- Qadima or Ulum al- Awail, in this respect the academy Bayt al- Hikmah, founded by Mamun (813-833) in Baghdad deserves first mention as his successors instructed to follow the same pattern in establishing academics throughout their jurisdictions”.

The period extending from 9th century onwards witnessed unprecedented development in Arts, literature, science fiqh, and philosophy. The centre of this movement was Bukhara where great works were composed; stupas, mosques and khanqahs constructed. Bukhara produced outstanding scholars who added to the human knowledge by their writings, discoveries and philosophical thoughts. According to a famous historian Seddillot, the vast literature which existed from 9th to the 13th century A.D justify the opinion that the scholars of Central Asia were the masters of everything. The local rulers particularly the Samanid Kings (874-999 A.D) were great patrons of art and literature. During this period books were dedicated in honor of these rulers. According to Ibn Sina, he once visited the royal library of the Samanid kings and he found there many rooms filled with books, which were arranged in cases row by row. One room was allotted to works on Arabic philology and poetry, another to jurisprudence and various other books on each particular to science. The scholars of Central Asia were the main torch bearers of culture and civilization throughout the Islamic world.

Knowledge and learning however reached its point of culmination in both Samarkand and Bukhara during 14th century under the patronage of Timur. Who although remained too busy with his campaigns, conquests and expeditions. Samarqand reached the highest level of development during his regime. During 35 years of his rule Timur brought with him mathematicians, astronomers, architects, and musicians from his aggressive campaigns to his country. Timur in the late 14th century established the Timurid Dynasty in Central Asia. This dynasty took a living interest in the education of their subjects, and founded Schools and Colleges and literary societies in various parts of their country. The grandson of Timur Ulugh Beg, 1409, at the age of sixteen became governor of Samarqand; was more inclined towards science than war. Consequently Ulugh Beg was deeply involved in the construction of Madrasas in Samarkand and Bukhara, and extended all encouragement to those who had an aptitude for knowledge and learning. During his reign, the eminent scholars like Ala udin Ali Qushaji, the great astronomer, Qazi zadah Rumi, Gayathudin Jamsheed and Moinuddin of Kashan produced astronomical tables, day- night duration charts, seasonal calendars and equipments to check the cardinal directions.

Central Asia in its totality is distinguished for its scholarship and academic excellence, the centres of learning like Samarqand, Bukhara, Herat, Merv and Shiraz throughout the course of history earned fame and reputation owing to its innumerable academic centres. The scholars associated with the establishment and promotion of knowledge and learning, received scholarships and subsistence allowance from rulers. The high stand and wealthy men always patronized and encouraged the students and to extend moral and economic support was considered as an act of worship and fortune. Samarqand and Bukhara occupies a unique place all over the Muslim world, as there lived the great Muhaddith, Imam Bukhari complier of the most authentic Hadith book known as Sahih Bukhari. His collection has acquired a quasi-sacred character. An oath taken on it is valid as if taken on the Qur’an itself. Next to Qur’an, this is the book that exhorted the greatest influence over the Muslim world. Apart from this book, he wrote many books on freedom of thought, Hadith and literature like ‘Al-Abad-al-Mufrad’. Another illustrious scholar which Central Asia produced was Al –Beruni and his scholarly traits were encouraged by his various masters, including Abu Nasr Mansur, the noted mathematician. Qanun al-Masudi and Tahdid Nihayate-Amaken are his two valuable works, which contain calculations still unknown to the West. Europeans were fruitlessly seeking the key to turning base metals into gold, long after Al-Beruni had concluded that alchemy was nothing more than a make-believe science motivated by an excessive desire to acquire wealth and misfortune. It was in ‘Kitab al Hind’ that he disclosed his theory of evolution by artificial selection. He, therefore, is the first scientist to do so in the Muslim world. Another towering figure was Abu Mashar and is figured as a pioneer in the field of iconography. He communicated to Europe the laws of the tides which in a treatise he explained on the basis of the relation to the moons rising and setting. His works exercised a determining impact on the development of science in Christian Europe. Ibn Buttata says when he visited the graves and tombs of the famous, ‘ulama of Bukhara, where he saw their names along with the titles of their works, was wonder- struck and could easily and rightly guess what a great centre of learning this city, known as Qubbat- ul Islam would have been during preceding centuries. During the Samani regime it was made the capital and, because of this distinguished place poets, writers, learned Men and skilled artisans and craftsmen flocked and flourished. Ibn Sina (980-1037) was attracted to Bukhara and had started living here. Here the library of Nuh- bin- Mansur had great fascination for the learned; Ibn Khalkan recorded in Wafiyatul- al- Ayan that this Kutub Khanah possessed books on almost all the arts and sciences and a good deal of them were so rare that they were hardly to be traced anywhere else. Ibn Sina also spoke highly of this Kutub Khanah and admitted that it contained many books, “The very titles of which were unknown to most persons and others which I never met before or since”. There were a number of centres of learning like Herat, Marv, Tus, Nisa, and Shiraz etc where knowledge flourished and men of letters were honored and rewarded.