Home CRITICLES On Pak Fake News Propaganda: Battle of narratives in the wake of... 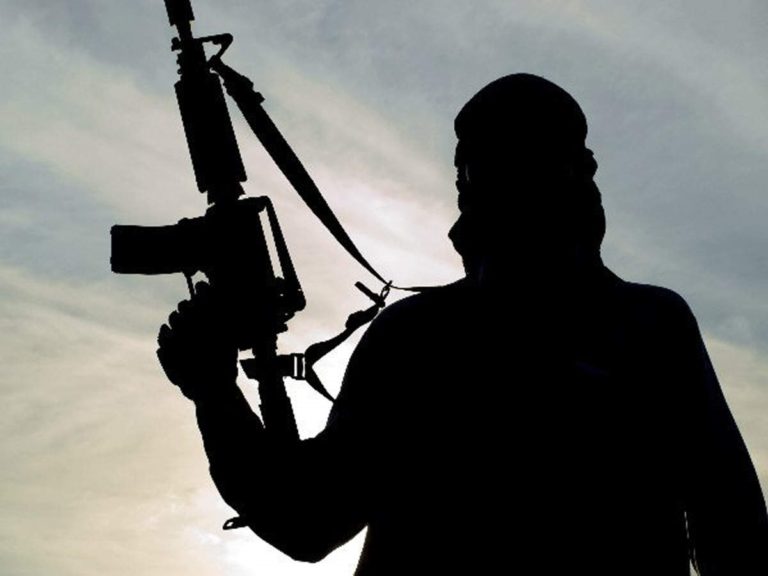 If there’s one country in South Asia which has mastered the art of false narratives sustained through malicious influence operations, it is Pakistan..

Let us share a story about Charles Nesbitt Wilson, a United States naval officer and former 12-term Democratic United States Representative from Texas’s second congressional district. He rose to fame in the early 80s for spearheading the largest ever covert operation named ‘Operation Cyclone’ by the Central Intelligence Agency (CIA), under the Carter and Reagan administration. The largely clandestine operation involved supplying military equipment and surface-to-air anti-aircraft missiles to the Afghan Mujahedeen, America’s surrogate soldiers, during the Soviet-Afghan War, with the help of Pakistani leadership. Popularly known as ‘Good Time Charlie’, Wilson’s life was brought to screen in a Hollywood film that portrayed him as a politically incorrect, ignoramus swashbuckler who liked the company of pretty women. In one of the scenes, where he is seen having a conversation with his administrative assistant Bonnie Bach onboard a flight, he talks about the moment he decided to take the plunge.

Wilson: You know, I had a neighbour, growing up, with a name right out of Dickens. Mr Charles Hazard. And Mr Hazard didn’t like the neighbourhood dogs messing up his flower beds. One day, I heard a bunch of yelling from across the street, so I ran on over to Mr Hazard’s, and there were about 15 grown-ups standing around my dog, Teddy, who was writhing on the ground in obvious agony. Blood was pouring out of his mouth. Mr Hazard had ground up a glass bottle and put it in a bowl of dog food and fed it to him. 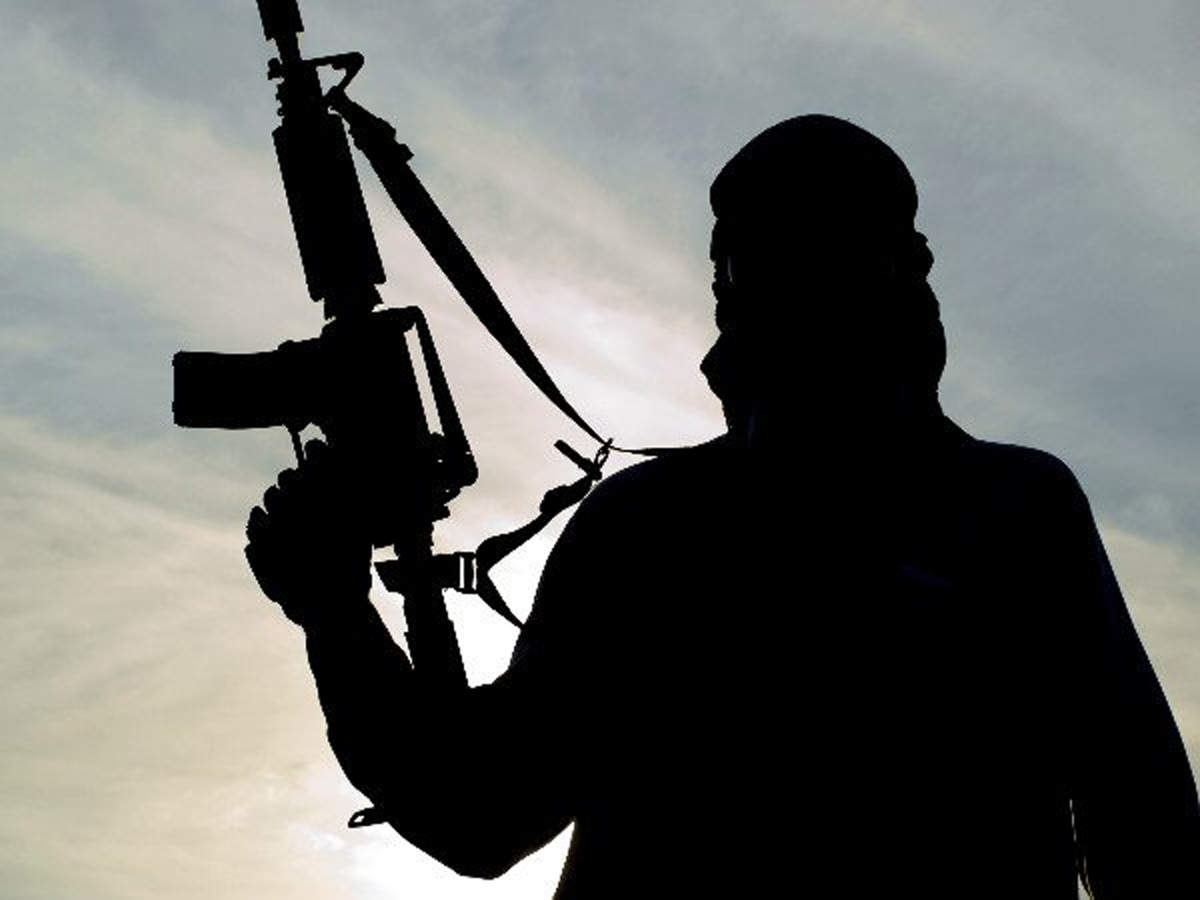 Bonnie; What did you do?

Wilson: Well, I got some gasoline and burned down his flower beds. But that wasn’t satisfying enough. And then I remembered, Mr Hazard was an elected official. He was the head of the town council. His re-election every two years was a foregone conclusion. So come to Election Day, I drove over to the black section of town. Now, these people hadn’t voted in any of these elections. I was only 13, but I had a farmer’s license and I filled up my car with black voters and drove them to the polling place and then waited, then drove them on the home. But before they got out of the car to vote I said, “I don’t mean to influence you, but I think you should know “Mr Charles Hazard has intentionally killed my dog.” About 400 ballots were cast in that election. I drove 96 of them to the polls. Hazard lost by 16 votes. And that’s the day I fell in love with America.

Though we read the book sometime ago, watching the movie was no less than an eye-opener on the power of influence. Incidentally, 80s also witnessed the first-ever disinformation campaign, ‘Operation Infektion’, run by the Soviet Union (KGB) to undermine the United States’ credibility, to foster anti-Americanism, isolate them abroad, and to create  a rift between host countries and the US over the presence of American military bases, which were often portrayed as the cause of HIV/ AIDS outbreaks in local populations.

Inconsequential as it may seem, Wilson’s story throws light on the potential of ‘dissemination of propaganda in pursuit of a competitive advantage over an opponent’. His tale is from a different era and the information ecosystem has undergone a tremendous transformation since then. With tech-enabled tools and social media, 21st-century influence operations have begun to assume huge proportions in the public discourse to the extent that modern political warfare is fought over the cyberspace. When done right, influence operations can rewrite history, claim lives, alter popular mandates and topple governments. As with technologies, some people will seek to use them to better the lives of other human beings. Others will use them to exploit and manipulate.

The old binaries of wartime and peacetime are long gone now. With a mouse in the hand and a touch on the screen, one can unleash unimaginable terror. It’s a battle of narratives in the gray zone, that entraps us in the complex labyrinth of competitive interactions among and within state and non-state actors. If there is one country in South Asia which has mastered the art of false narratives sustained through malicious influence operations, it is Pakistan. Ever since, the President’s notification of the Constitution (Application to Jammu and Kashmir) Order of 2019 of August 5 amended Article 370 of the Indian Constitution and scrapped the Constitution (Application to Jammu and Kashmir) Order of May 14, 1954, the cyberspace is full of misinformation spread by our neighbour aimed at undermining institutional integrity and inciting violence. Contrary to the popular perception that Inter-Services Public Relations (ISPR), the public relations wing of the Pakistan armed forces, was the only agency to have engaged in this subversive adversarial measure, reports suggest that their entire State machinery is engaged in spreading fake news. They use information warfare quite relentlessly, which works by amplifying, obfuscating, and, deliberately changing the narrative through different social media platforms. A frantic, coordinated and clumsy attempt to discredit an institutional decision by peddling competing narratives.

On August 24, 2019, Pakistan Tehreek-e-Insaf (PTI) through its official handle tweeted a video with a caption ‘Curfews and media blackout cannot contain revolutions that emerge as a result of grave human rights violations. Yet Indian govt continues to alienate Kashmir. Unarmed men, women, children being attacked by the Indian Army. Inhumane! #Kashmir‘. BOOM Live was one of the first fact-checking websites to bust this and found that the videos are past instances of stone-pelting on two different occasions in Jammu and Kashmir. One clip from the fabricated video is from 2017 (Maisuma incident) and another one from 2018 (HMT, Srinagar). The misleading inclusion of the logo of JK news with a dateline of August 23, 2019, is a deliberate attempt to show that the clip must have been shot recently. As we are writing this, the PTI tweet was re-tweeted for more than 3500 times, yet to be deleted, along with over a hundred other misleading posts. If you snagged your eyes through the various social media platforms, you could see that they are inundated with a barrage of fake news originating from Pakistan. While we are creeping over in our attempts to fight the fake, Pakistan is leaping over, going by the sheer volume that comes from across the borders. It is as if we have gone to a gunfight carrying knives.

Now, let us take a look at the role of influence operations in the larger scheme of things. A report published by Lowy Institute, an international policy think tank defines influence operations in the digital age as not merely propaganda with new tools. They represent an evolved form of manipulation that presents the actors with endless possibilities, both benign and malignant. With the age of passive information consumption gone, vested interests have taken complete advantage of the ‘participatory propaganda model’. It is nothing but cashing in on the ‘confirmation bias’. As long as ‘conflict’ sells in the global media space and people are starved of the opportunities to question, one can change the narrative in any which way they want using tailored content.

Imtiyaz Hussain, a highly decorated police officer having carved a professional niche for himself and served on various important assignments involving substantial public interface in the valley has exposed this ‘echo chamber effect’ of biased global reportage (partisan propaganda masquerading as journalism) in a series of tweets. A BBC Urdu report while narrating the story of a truck driver, Noor Mohammed Dar, who was brutally killed by the stone pelters in Bijbehara on 25th August, apologetically stated that the pelters ended up killing him as they presumed that security personnel were travelling in the truck. In Kashmir, counter-propaganda is carried out by only a few brave and independent voices like him. There is a dire need to bring in these unequivocal and unambiguous voices under one institutional roof to effectively counter Pakistan’s malicious and acrimonious propaganda, who, over the past few years has acquired great skills on the fifth-generation warfare using frustrated non-state warriors against nation-states. Our efforts have to be quick and concerted as the battle is waged on perceived credibility and not so much about seeking the truth.