Home Crime The Real Problem in Kashmir Is Not Religion, but Terrorists Are Acting... 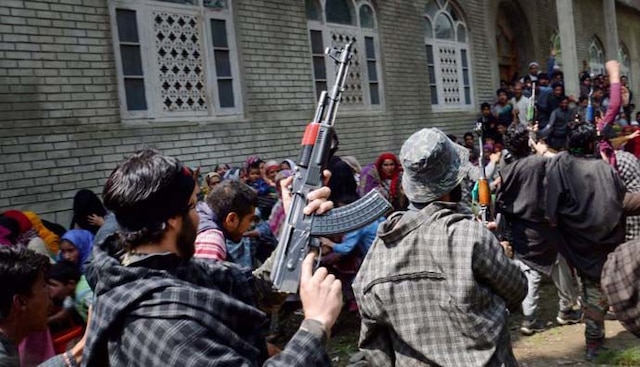 I couldn’t sleep a wink on the night of February 14. Ever since I heard about the dastardly attack on the Central Reserve Police Force (CRPF) convoy in Pulwama, my blood has been boiling.

I was aghast to see the video of the young fidayeen who foolishly claimed to be on his way to ‘jannat’ as a reward for blowing himself up in the name of ‘jihad’ and Islam. 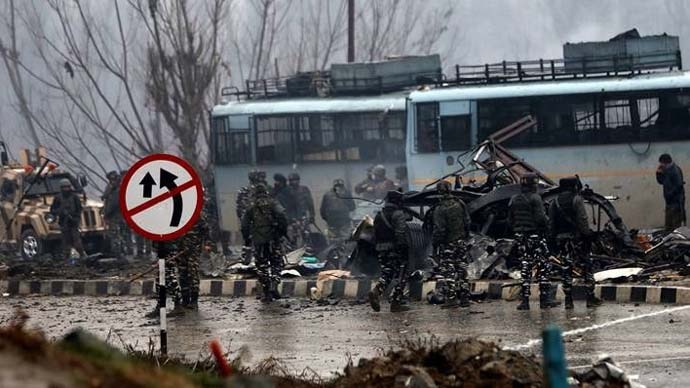 The site of the dastardly terror attack in Pulwama. (Source: Reuters)

How dare these cowards even think of calling themselves believers of Islam?

My family has had a tradition of soldiering for 200 years, with my ancestors being veterans of both the World Wars. My father, Zameer Uddin Shah, retired from the Indian Army as the Deputy Chief of Army Staff and has also been the Vice-Chancellor of Aligarh Muslim University (AMU). My family made the decision to stay in India after Partition in 1947 instead of going to Pakistan because of various reasons. We are the children of this soil, a family of proud Indians, who have performed the pilgrimage of Haj.

These cowards carrying out terror attacks do not know that Islam has never justified or promoted killing of innocents.

These terrorists are, on the contrary, acting against Islam, and maligning the religion, to the extent that Muslims are getting typecast.

Just like old Hindi movies had vamps from one community, Hollywood movies have drug lords from one country and mafia dons from another, the whole world looks towards only one community when it comes to the word ‘terrorist’. Most Muslims are proud Indians. But terrorists are hurting the community’s image. (Source: Reuters)

Coming from an army background, even as a teenager, I saw my father fight insurgency in Punjab in the 1990s, in the Northeast and in Kashmir.

As an Indian Army officer, I too have personally risked my life multiple times in Jammu and Kashmir and in the Northeast — fighting both Muslim and non-Muslim insurgents. Unfortunately, because of the actions of some ignorant people who keep promoting their false narratives of jihad, Islam is being labelled a religion to which terrorists belong.

When my father was serving as the VC of AMU, the untiring efforts put in by him and his team resulted in the university being adjudged the best university in India, by the Times Higher Education Ranking London.

However, due to the sheer stupidity of some radicals who call themselves Islamists, this university too has to bear the brunt of having the word ‘Muslim’ in its name. My father’s autobiography The Sarkari Mussalman, which speaks very highly of a truly secular organisation like the Indian Army, was misunderstood because of the word ‘Mussalman’ in the title. 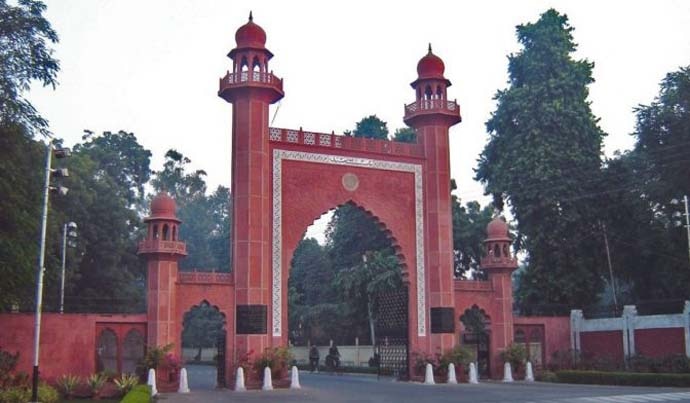 Aligarh Muslim University has been in the eye of a storm, due to the ‘Muslim’ in its title. (Source: India Today)

My religion Islam is in reality a very peace-loving faith and talks of unity in diversity — unlike what the terrorists preach. In fact, the preaching of terrorists is at such great variance with the teachings of Islam that I am forced to say terrorists are not Muslims at all.

They are simply terrorists, and terror has no religion.

The word ‘jihad’, which, in fact, means ‘struggle’, has been misinterpreted as terrorism by non-Muslims all over the world, thanks to some terrorist organisations like Jaish-e-Mohammed (JeM). The good deeds of the Muslim community are getting buried under the wrongdoings of the extremists, who are in reality misled, uneducated and disloyal enemies of humanity.

These terrorists are simply breeding brainless suicide bombers — who will rot in hell and not receive ‘jannat’, as is being told to them.

How can picking up weapons and killing people be a solution to anything? The JeM and all other so-called ‘Islamic’ terrorist organisations are actually non-believers of Islam.

I wrote an open letter to the coward terrorist outfit JeM that claimed responsibility for the Pulwama attacks, with the hope that it may help change the minds of some misguided youth.

My reason for writing the open letter was the hope that somehow this letter of mine reaches Jaish-e-Mohammed and maybe, it can make a difference somewhere! I truly believe that the change won’t happen and that society will not change until we change our own selves.

I have had first-hand experience of fighting militancy in J&K and the Northeast and have risked my life several times. I am of the belief that the primary cause of militancy in Kashmir is not really religion — the true reason is unemployment, which makes the youth highly vulnerable and easily susceptible to brainwashing by vested interests across the border.

Education and employment will help get rid of this monster called militancy once and for all. Guns or military forces can beat insurgency only momentarily — kill one militant and 10 more spring up in his place. The real problem in Kashmir is not religion. And the solution is not violence, either. (Source: PTI)

Winning them over is the only permanent solution.

I am a proud Muslim — and a very proud Indian.

This is not only because I received the best education in this country, but also because I understand Islam pretty well. I appeal for peace in the name of Islam.

One must understand that there is a huge difference between being literate and educated. Terrorists are thus uneducated, even if they might have employed people with PhDs.

When will the terror outfits realise that they are, directly and indirectly, harming Islam by manufacturing hate.

Another issue that needs to be mentioned here is the allegation of prejudices against Muslims.

Yes — I admit prejudices do exist. But it is not for the Muslim community alone — prejudices exist against all less empowered or uneducated people. Why should anyone employ someone who is less educated, incapable or unsuitable for a job? We must admit that Muslims in India lag behind in education — that is the root of all our troubles.

The only way forward is to educate our children.

Cut down on your meals — eat simple daal-roti, but invest in your children’s education!

If the children don’t get quality education, they won’t get good jobs, subsequently, they won’t be able to afford educating their children, and the cycle would continue.

If Muslims remain uneducated, unemployed, and unable to rise above the poverty line, our community will forever be discriminated against.

Education isn’t only about sending children to school. Inculcating the right mindset is extremely important.

One who is educated stands tall!

Finally, if all Indians rise above the differences of castes, communities and religions to stand united, we have the potential to be a super-power — and I am sure we will achieve that one day.