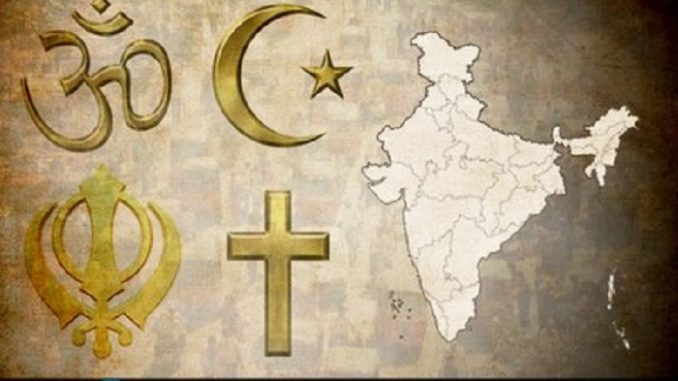 June 12, 2020: Amid fresh US criticism of the state of religious freedom in the country, India has justified denial of visas to teams from a bipartisan US body saying it had no locus standi on these issues.

The US Commission on International Religious Freedom (USCIRF) had in its April report called for India to be designated a “country of particular concern”, along with China, Iran, Russia and Syria.

Seeking sanctions against Indian Home Minister Amit Shah for excluding minority Muslims from a new citizenship law, it had suggested that India was “engaging in and tolerating systematic, ongoing and egregious religious freedom violations”.

“We do not take cognizance of these pronouncements and have repudiated such attempts to misrepresent information related to India,”

USCIRF has been known to make prejudiced, inaccurate, and misleading observations regarding the state of religious freedom in India, Jaishankar said. India had rejected the body’s remarks in this regard as inaccurate and unwarranted, the minister wrote.

“We have also denied visa to USCIRF teams that have sought to visit India in connection with issues related to religious freedom,” he wrote, “as we do not see the locus standi of a foreign entity like USCIRF to pronounce on the state of Indian citizens constitutionally protected rights.”

Jaishankar also assured the BJP MP that India will not accept any external interference or pronouncement on its sovereignty and fundamental rights of its citizens.

Jaishankar’s letter was published just a day after US Ambassador-At-Large for International Religious Freedom Samuel Brownback expressed “concern” about state of affairs in India.

“We do remain very concerned about what’s taking place in India,” he said during a teleconference with foreign journalists shortly after the release of the State Department’s own “2019 International Religious Freedom Report” Wednesday.

“It’s historically just been a very tolerant, respectful country of religions, of all religions,” Brownback acknowledged. But “the trend lines have been troubling in India because it is such a religious subcontinent and seeing a lot more communal violence.”

“We’re seeing a lot more difficulty,” he said expressing a “hope they would have an – interfaith dialogue starting to get developed at a very high level in India, and then also deal with the specific issues that we identified as well.”

It really needs a lot more effort on this topic in India, and my concern is, too, that if those efforts are not put forward, you’re going to see a growth in violence and increased difficulty within the society writ large,” Brownback said.

In response to a question, the diplomat hoped that minority faiths are not blamed for covid-19 spread in India and that they would have access to healthcare amid the crisis.

Earlier at the State Department, neither he nor Secretary of State Make Pompeo, who released the report, made any comment about India.

However, India section of the report takes note of the change in the status of Jammu and Kashmir, the Citizenship (Amendment) Act (CAA) and the National Register of Citizens (NRC). It also discusses in detail mob lynchings and anti-conversion laws and related issues.

Throughout the year, the report said, representatives from the US embassy and consulates in India met with government officials “to discuss challenges faced by religious minorities, especially Christians and Muslims, incidents of cow vigilantism, the status of religious freedom in the country, and religiously motivated violence.”

Embassy officials, including the Ambassador, engaged with members of parliament and politicians from the ruling and opposition parties to understand their positions on the CAA, it said.

“They emphasized the need to address the legitimate concerns of the country’s religious minorities, to condemn communal rhetoric, and to ensure full protection of minorities as guaranteed under the constitution,” the report added.