Home Crime Can Pakistan afford to use jihadi groups in Kashmir? 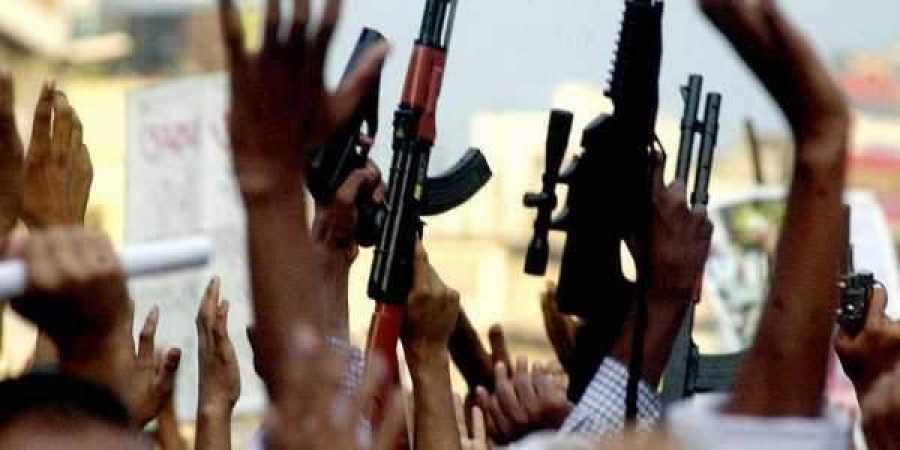 Now that India has revoked Kashmir’s autonomous status, Pakistan should be on the offensive, which, for some analysts, translates into armed resistance.

One of the proponents of this position is former military officer Major General (r) Ijaz Awan, who said on a TV show a few days ago that Pakistan should be on the offensive and not the defensive. Armed resistance is the right of the Kashmiri people and it was Pakistan’s moral responsibility to provide them arms, he added. Awan is an ISPR-approved analyst.

Awan exemplifies the emotional reaction to a situation that has elicited shock across Pakistan. There has been dismay over a lack of a global response to the human rights violations that international media has reported on since August 5 when India changed Kashmir’s status.

Even as far back as 2010, one of Pakistan’s former army chiefs said that it was because of the international community’s “apathy” to the Kashmir dispute that militant groups “were indeed formed”. In an interview with German magazine Der Spiegel, he admitted that Pakistan-trained militant groups fought in India-held Kashmir.

India has long accused Pakistan of “exporting” terrorism to Kashmir and claimed that Pakistan trains anti-India groups, including Lashkar-e-Taiba and Jaish-e-Muhammad. Pakistan has officially categorically denied the allegations.

What do ‘Mujahideen’ want?

In March, Pakistan had added Hafiz Saeed’s Jama’at-ud-Dawah and its charity wing Falah-e-Insaniat Foundation to its list of proscribed organizations. Masood Azhar’s banned Jaish-e-Muhammad had also come into the spotlight after the group claimed the February 14 attack in Kashmir’s Pulwama. The seminaries and mosques linked with the two groups were taken over by the government.

Syed Salahuddin, the leader of the Muttahida Jihad Council, who was designated a ‘global terrorist’ by the US in 2017, has urged Pakistan to send its military to India-held Kashmir.

Addressing a meeting in Muzaffarabad, Salahuddin said that Pakistan had stopped its “Ansar brothers” from “armed resistance”.

Jihad is the only way to expel India from Kashmir, Salahuddin said, according to a statement issued by the group. Salahuddin isn’t the only individual who wants Pakistan’s help to continue ‘jihad’ in Kashmir.

A JuD member, who had spent time with group’s leader Hafiz Saaed, told SAMAA Digital that it’s difficult to give his group’s stance on recent developments in Kashmir because it could  increase Pakistan’s problems. He was referring to Pakistan’s review at the FATF in October.

“The prime minister has clearly defined Pakistan’s Kashmir policy, that India would be given a befitting response if it shows aggression,” he said. However, he added that people want Pakistan to “morally, economically and militarily” support Kashmiris.

Over 600 people are ready to enter India-held Kashmir if the Pakistani government allows them to cross the Line of Control, a Muzaffarabad-based reporter told Samaa Digital. He requested anonymity given the fraught security conditions. He went on to say that some of them are former militants who migrated to Muzaffarabad from India-held Kashmir.

Can Pakistan afford to use jihadi groups in Kashmir?

Pakistan is on the grey list of the global watchdog, the Financial Action Task Force, that is closely monitoring the country.

Analysts believe that Pakistan could be blacklisted in October if the FATF finds Pakistan using jihadi groups in Kashmir. The FATF will review progress then and it could blacklist Pakistan if it finds it is failing to curb terror financing and money laundering.

“Depending on the timing, it may lead to Pakistan’s blacklisting …, which will jeopardize the IMF program and threaten the survival of Imran Khan’s government,” said Asfandyar Mir, a South Asia analyst at Stanford University. He added that Pakistan can’t afford to derail its improving relationships with the US.

In July, Pakistan received the first tranche of $991 million after the IMF approved a $6 billion bailout package for the country.

JuD leader Hafiz Saeed leaves after attending a protest rally against the killing of Muslims in Indian-administered Kashmir in Lahore on April 6, 2018. AFP

IMF’s Resident Representative in Pakistan Teresa Daban Sanchez had already warned last month that Pakistan’s failure to get off the FATF grey list will have implications on capital inflows that could jeopardize foreign financing assurances.

Pakistan’s economy would suffer if the country were to be blacklisted by the FATF. It would have an impact on Pakistan’s imports, exports, remittances and its access to international money lenders. Pakistan would have to undergo enhanced scrutiny by global financial institutions that will not want to risk violating international money laundering and terror financing laws.

South Asia expert Michael Kugelman believes that Pakistan has long regarded militants as a “useful asset” in Kashmir but in reality they delivered blow after blow to Pakistan in his estimations.

“With Pakistan trying to mount a global campaign to attract support on Kashmir and under intense pressure to crack down on terrorist financing, now is the time to dismantle and eliminate the entire networks of these jihadists on Pakistani soil,” he maintained.

It appears that the Pakistani government too wants to distance itself from jihadi groups given the possible repercussions. Prime Minister Imran Khan already ruled out the use of jihadi organizations in India-held Kashmir. His view was expressed in a meeting with Pakistani television talk show hosts. According to one of them, journalist Amber Shamsi who had attended the meeting, the prime minister had told them what he thought of using jihadi groups: “There are more disadvantages than advantages.”