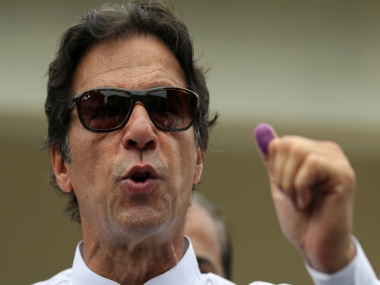 Ghotki, Sindh: Abduction of two minor Hindu girls in Ghotki district of Pakistan’s Sindh province on the eve of Holi festival has brought forth yet again the issue of forced conversions of minority Hindu community, particularly young girls, in the Muslim majority neighbouring nation. 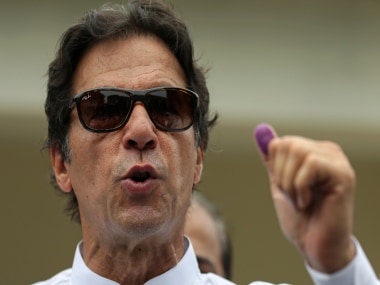 On 20 March, two Hindu minor sisters — Reena, 15, and Raveena, 13 — were abducted by six armed men who barged into their house and held the family hostage at gunpoint, before leaving with the two sisters, according to the First Information Report filed in the case by the girls’ brother, Shaman Lal.

A video that went viral on social media showed the teenage girls’ father, Hari Lal, beat his chest in protest sitting on the ground while he claimed that the two sisters were abducted, married off to Muslim boys and forcefully converted to Islam.

In a phone conversation, the brother alleged that his sisters were abducted and converted at gunpoint by an influential Muslim family that has the backing of clerics from Bharchundi Shareef Dargah in Daharki taluk of Ghotki, an institution infamous for backing forced conversion of Hindu girls in Pakistan. Seeking accountability from the government, Shaman said, “We demand the government take notice of this incident and ensure their [girl’s] reunion with us. Prime Minister Imran Khan must intervene and do the needful.”

Lal family’s advocate Dileep Manghlani told this correspondent: “Five gunmen armed with weapons forced entry into my client’s home in Ghotki and abducted his two daughters at gunpoint on 20 March, 2019 in the evening at 7.30 pm.

“Its a case of kidnapping, terrorism and forced conversion. The girls are too young and illiterate. How can they understand the teachings of Islam? And even if they have embraced Islam out of their will, they [influencers/cleric] should have invited girl’s parents to the ceremony held to mark their conversion,” the advocate said.

Information and Broadcasting Minister Fawad Chaudhry told media persons on Sunday that the prime minister had taken notice of the incident and ordered authorities to take “immediate steps” for recovery of the girls.

In a recent development, police in Pakistan have arrested seven people who allegedly facilitated abduction and forced conversion of the sisters from Ghotki.

Deputy commissioner of Ghotki, Saleemullah Odho, said, “Police have arrested a relative of Nikah Khawn (the cleric who conducts marriage) and the attendees of Nikah (marriage) ceremony. They are under interrogation, while police parties are raiding suspected places to arrest the main accused.”

Aamir Ghauri, founder-director of South Asia Future Forum, a group that brings together South Asian thinkers to deliberate on region’s affairs, said, “This is not the first incident of this nature. Similar incidents have happened in the past. They may happen in the future too.”

On the same day, another Hindu girl named Shania was allegedly abducted in Mirpurkhas district.

Research carried out by local agencies reveals almost 300 Hindu girls are converted each year and forced to marry Muslim men, who in 95 percent cases are already married.

According to provincial law, underage girls/boys cannot be converted without the presence of their parents.

A document released in 2014 by the Movement for Solidarity and Peace (MSP) in Pakistan, under the National Commission for Justice and Peace, stated 1,791 “forced” conversions into Islam took place between 2000 and 2012. Of those converted, 624 were originally Christian by faith and 300 were Hindu. (Forced Marriages & Forced Conversions in the Christian Community of Pakistan, April 2014).

In an Islamic republic of 200 million majority Muslim population (as per the 2018 Census), Hindus constitute 1.6 percent of the population estimated to be around 3.6 million (36 Lakhs) in number in 2018.

In interior Sindh, a Hindu-dominated region of Pakistan, kidnapping and forced conversion of Hindu girls to Islam takes place regularly. “Hindu girls are a soft target for influential Muslims. They are kidnapped on a routine basis,” says Amarnath Motumal, an activist and a council member of the Human Rights Commission of Pakistan.

He adds, “Hindu families are too scared. The kidnappings and conversations are done by influential people of the region. The victims prefer to remain silent to save their lives.”

Further shedding light on the incident, Bherulal Balani, a former member of the Provincial Assembly of Sindh, said most of these Hindu girls belong to low castes, which stops their families from raising their voice against “influential kidnappers” out of fear.

“Even the police prefer to bury these cases,” he said. Officials from Sindh province said the phenomenon of forced conversion has increased in Sindh during the last couple of years.

“We are very worried. We cannot afford sending our young children either to India or to other countries to avoid forced conversion,” says Sanao Menghwar, 46, a resident of Nawab Shah region in Sindh.

Ramesh Kumar Vankwani, a member of the National Assembly of Pakistan, says he plans to introduce a five-point resolution to end the kidnapping and forced conversion of Hindu girls, in the next session of Pakistan’s Lower House. “The bill against forced conversions — which was unanimously passed by Sindh Assembly in 2016 and then reverted due to the pressure of extremist elements — must be resurrected and passed in the Assembly on a priority basis. The bill must be passed in the National Assembly on an urgent basis and implemented throughout the country in letter and spirit,” he said.

He further demands that these incidents be condemned unanimously by all members of the Parliament.

“I am not sure if the government (Provincial Sindh government as well as the Federal) will be able to stop forced conversion. But, we must appreciate Prime Minister Imran Khan for taking notice of the incident,” Vankwani told this correspondent.

He mentioned that the Senate Functional Committee on Human Rights and the Sindh Assembly has unanimously approved a draft bill to amend the Child Marriage Restraint Act by raising the minimum age of marriage for girls to 18 years from present 16 in the country.

Hindus as a minority in Pakistan have had considerably fewer privileges, rights and protections. In Pakistan, anti-Hindu sentiments are common, as followers of any other faith but Islam are often regarded as “Kaffirs” (Unbelievers) and blamed for “causing all the problems in Pakistan”.