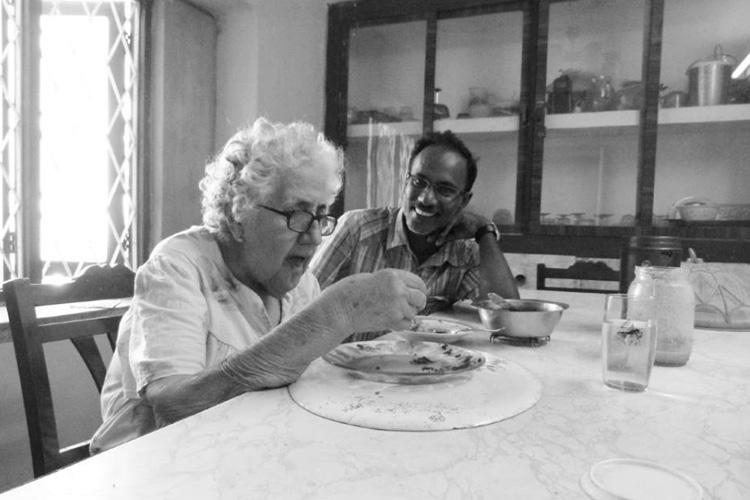 When Sarah Cohen, Kerala’s oldest Jewish person, passed away on August 30 she was just five days shy of turning 97. “According to the Hebrew calendar, it is Sarah aunty’s birthday today (Wednesday),” says Thaha Ibrahim, a Kochi native and Sarah’s closest aide for over 35 years.

Sarah’s demise was a big loss to the already dwindling Jewish community of Kochi, but for Thaha, the loss was personal. For him, it was the loss of a mother figure. The residents of Kochi rarely saw Sarah without Thaha by her side. 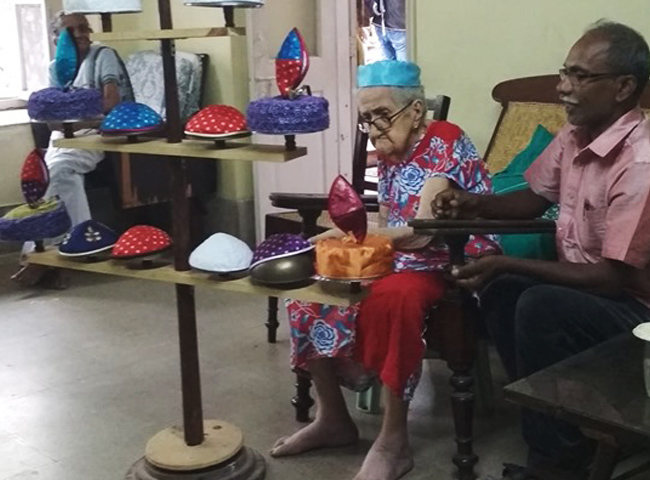 Forty-nine-year old Thaha is a Muslim, he and Sarah shared a unique relationship, one cherished by both. Speaking to TNM as he was preparing to leave to the Jewish cemetery in Mattancherry where Sarah was laid to rest, to light candles on her birthday, Thaha recalls how they formed a friendship.

“Since I was not into studies, my uncle had taken me to work with him in Mattancherry when I was around 12 years old. I used to work on the footpath in Jew Town near Sarah aunty’s house, and used to sell postcards and other items to tourists. One day, a ship that was supposed to arrive with tourists didn’t turn up, and I had to keep my things safely somewhere. That is how my uncle approached Sarah aunty and I encountered her for the first time,” he says. 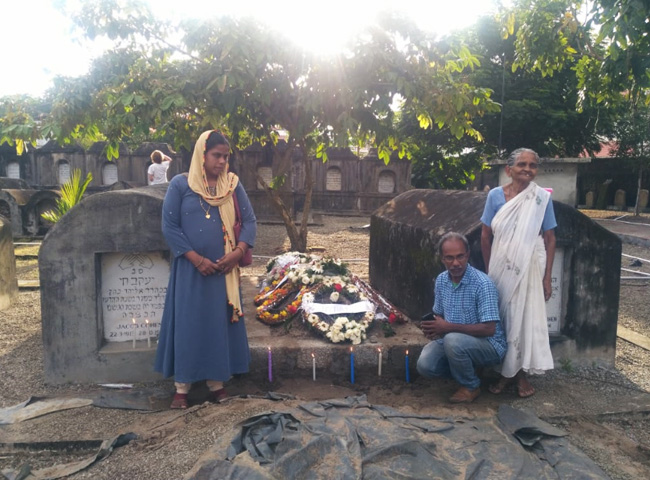 Thaha, his wife Jasmine (left) and Celine (right) who took care of Sarah Cohen at her tomb

However, their first encounter wasn’t pleasant. It was only over the next two years that the two developed a friendship. “She wasn’t impressed by me and nor did she like the idea of keeping my stuff at their house. It was only after an hour of requesting and pleading that she agreed to let me leave my things there. But her husband, Jacob Cohen, was very supportive of me. Later on, he even tried to get me a job abroad, which didn’t work out,” recalls Thaha.

A bond sealed by tailoring

However, the one thing that brought them closer was tailoring. Although Sarah didn’t have a full-fledged tailoring unit at the time, she was the one who stitched the religious attire and decorated items for the Paradesi Synagogue of Mattancherry.

“Once, she was asked to stitch a cover for a special cushion inside the synagogue. It was a bit challenging and she and one of her assistants were struggling for a couple of days. Since my father was a skilled tailor and I used to observe his work, I jumped at the occasion and told Sarah aunty that I will do it. And she was like ‘What can you do?’. I took her reply as a challenge and did the work with much vigour. When she saw me work on it, she was quite impressed,” says Thaha.

Years after that incident, Sarah Cohen started ‘Sarah’s Hand Embroidery’, a unique shop in Kochi which sold hand-embroidered Kippahs, the traditional cap worn by the Jews. 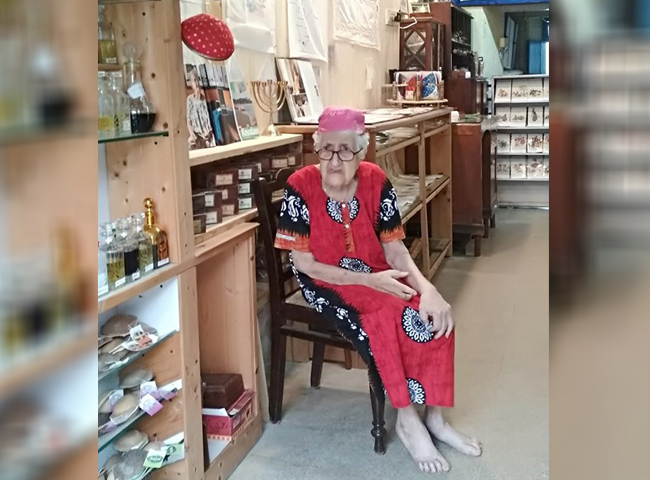 Sarah Cohen at her shop in Jew Town

Sarah and Jacob Cohen did not have children, but Thaha was as good as a son to them.

“Before Cohen uncle passed away in 1998, he had only one thing to say to me — to look after Sarah aunty after his death. Earlier, I used to make fun of Sarah aunty by telling her that my mother won’t like seeing me hanging around her more than I used to with my mother herself. ‘Your mother has three other children to look after, so this will be fine’ she used to reply,” he recalls emotionally.

Thaha’s family, including his mother, wife and children, also shared a warm relationship with Sarah Cohen.

Although Thaha is a devout Muslim and Sarah was a staunch Jew, religion was never a barrier to their friendship. Thaha was one of the few Muslims who was closely associated with a Jewish synagogue. 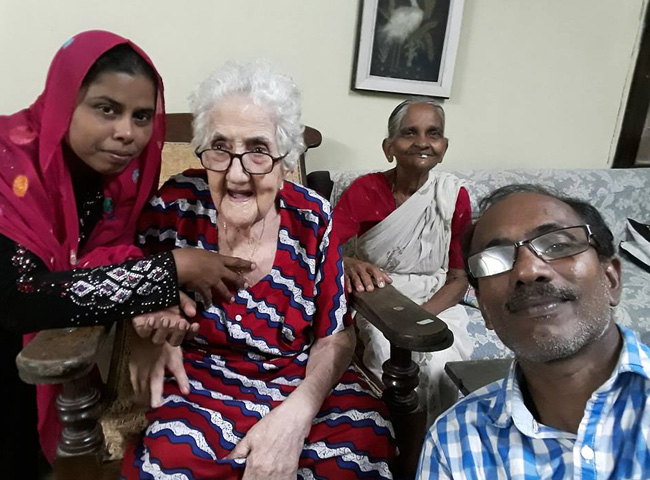 “I consider myself to be really lucky. Though I set foot in Jew Town in 1982 and had a couple of chances to enter the synagogue, I entered there for a first time with Sarah aunty because of that tailoring incident. But from then on, I have worked very closely with the synagogue. I have had the rare chance to even touch some sacred things in the synagogue as part of the work. I consider all this as blessings,” says Thaha.

Thaha also remembers how supportive Sarah was when he felt insecure about whether anyone would oppose a Muslim man working closely with the synagogue.

“When I started to hear about the fight between the two communities elsewhere in the world, I was surprised, because both communities share a lot in common. Being a Muslim and living closely with Jews, from the prayers, prayer timings to even the food habits, I could see the similarities we had,” he says.

Both of them also mutually respected the small differences between their communities. “Muslims cannot eat certain food items, and it’s the same with Jews. When we were together, we cooked what we both could eat,” he recalls.

Thaha says that Sarah continues to be in his life, through memories and through the lessons she taught him.