Home Uncategorized ISIS-K & the Taliban: Is their ‘framework of Sharia’ traditional or radical?... 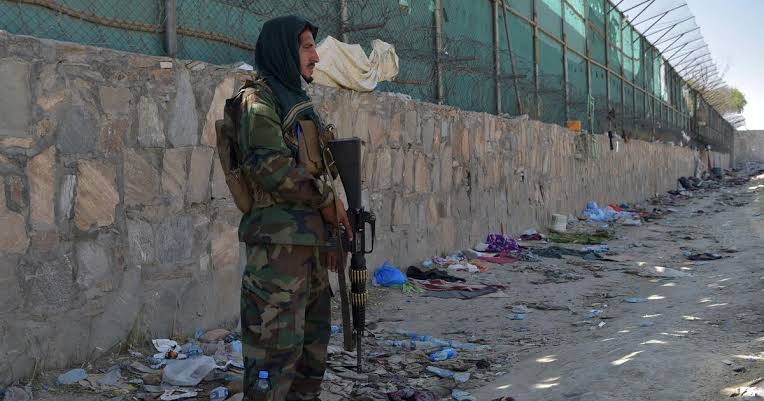 ISIS-K threat is a fulcrum point not just for Afghanistan, but for South Asian security as a whole

·         Can the Taliban prevent suicide bombings of IS-K and, at the very least, ensure security from suicide attacks?’

·         How can the Taliban prevent suicide attacks when they have justified and carried out suicide bombings themselves?

·         Is it possible for the Taliban, within its ‘framework of Sharia’ after its takeover in Afghanistan to follow traditionally Islamic narratives that prohibit suicide assaults in all circumstances?

·         Suicide Attacks are forbidden in all situations: Proofs from the Quran and Ahadith

ISIS-K, or the Islamic State of Khorasan Province is reported to have claimed responsibility for the suicide bombing at Kabul Airport, which killed dozens of people, including Afghans attempting to flee the country and at least 13 US soldiers (ISKP), making it the biggest single-day loss of American forces in Afghanistan since the August 2011 strike on a Chinook helicopter, which killed 30 troops.According to a health official and a Taliban spokesman, the number of Afghans killed has increased to 72, with 28 Taliban members among them.

One of Islamic State’s suicide bombers “managed to reach a large gathering of translators and collaborators with the American army,” according to ISIS-K, which is an adversary of both the Taliban and the West. The Taliban, who had carried out multiple suicide bombings before seizing power in Afghanistan, condemned ISIS-K’s suicide blasts near Kabul airport on Thursday (August 26th, 2021), and said that the region where the strikes took place was under US control.

In return, Biden returned the attention to the Taliban, saying, “It is in the interest of the Taliban that ISIS-K does not spread.”What is ISIS-K (IS-K) or ‘Islamic State Khorasan’?In Afghanistan’s complicated environment of insurgencies, terrorism, and political and tribal crevasses, ISIS-K (IS-K) is the Islamic State’s offshoot founded in late 2014. Khorasan is a historical name for the region that encompasses modern-day Afghanistan as well as parts of the Middle East and Central Asia. Its reputation for extreme brutality has rapidly increased over the last few years, perpetrating attacks in and around Kabul, Afghanistan’s capital city.

According to some experts on Islamist militancy in the region, ISIS-K was founded by a few radical sections of Afghan Taliban and Pakistani Taliban who fled into Afghanistan after Pakistani security forces cracked down on them. The suicide attack in Kabul takes place at a time when the US-Taliban deal is embarking on a long process of potential peace and reconciliation, as the US plans its final military withdrawal by August 31, 2001. Set against the peace deal between the Taliban and the US, the IS-K threat is a fulcrum point not just for Afghanistan, but for South Asian security as a whole. Indeed insurgency is thriving in a vast expanse of territory that spans from the Iran-Afghan border all the way to Kashmir. Taliban vs.

ISIS-K: What’s the Difference?ISIS-K and the Taliban are both extremist ‘Sunni’ groups. They are, nonetheless, rivals who compete against one another in their quest to establish an ‘Islamic Emirate’. ISIS-K has substantial differences with the Taliban, accusing them of foregoing Jihad and the battlefield in favour of a negotiated peace deal hammered out in Doha, Qatar’s “posh hotels.”Their disagreements are ideological, according to Stanford University’s Centre for International Security and Cooperation. Ideological differences and resource competition fuelled the rivalry between the two factions.

IS-K said that the “Taliban derived their legitimacy from a narrow ethnic and nationalistic base rather than a universal Islamic creed”, according to the centre. According to the Associated Press, as the Taliban attempted to negotiate with the United States in recent years, many of those opposed to the talks shifted their allegiance to IS-K, a more extremist outfit.In Kabul and other cities, ISIS-K has perpetrated a series of suicide bombings targeting both government and foreign military objectives. Experts believe they were attempting to brand themselves as a more violent and radical militant group. ISIS-K has been blamed for everything from the deaths of village elders to the killings of Red Cross employees and suicide assaults on the gatherings of civilians, notably a series of brutal suicide operations against Shi’ite targets.

A Sufi mosque, electrical pylons, fuel tankers, and Shi’ite bus passengers in Kabul were among its latest targets. ISIS-K has also attacked a girls school for the largely Shi’ite Hazara community, according to US sources.Between the Taliban and ISIS-K, indeed there are ideological disagreements. But the questions that arise following the Taliban takeover are: ‘can the Taliban prevent suicide bombings of IS-K and, at the very least, ensure security for civilians from suicide attacks?’ How can the Taliban prevent suicide attacks when they have justified and carried out suicide bombings themselves? Can the Taliban ideologically refute the narratives that justify suicidal terrorism? Is it possible for the Taliban, within its ‘framework of Sharia’ after its takeover in Afghanistan to follow traditional Islamic narratives that prohibit suicide assaults in all circumstances? These are the questions that we must address at this moment of concern for Afghan civilians and the South Asian peace.

Prohibition Of Suicide Bombings In Islam Under All Circumstances We’ll now reproduce the traditional Islamic narratives, which categorically prohibit suicide bombing in all circumstances.Among all the modern Jihadist groups, the most lethal weapon has always been a suicide bombing. Fabrication is the method used to create this weapon. They appear to call it “permissible” (Jaaiz) in Islam. However, they ignore the Quranic texts and Prophetic sayings in which Islam categorically prohibits suicide in all circumstances.Suicide attacks were never justified in Islam for any cause, not even in exceptional situations, such as a war tactic. IS-K, on the other hand, uses it indiscriminately. According to the Holy Qur’an, a suicide attack with the purpose of murdering others or for any other reason is one of the most forbidden deeds.

Allah the Almighty declares:“Do not kill yourself” (4:29).This verse (4:29) was interpreted by Imam Fakhr al-Din al-Razi, who wrote: “This phrase, ‘do not kill yourself’ proves that it is prohibited to kill someone else or oneself unjustly.” (Imam Razi, Tafsir-e-Kabir, 57:10)In verse 4:29, it is forbidden to commit suicide attacks. Allah Almighty issues the ordinance of punishment for suicide attackers in the next verse (4:30):“But whoever will do that through transgression and injustice, We shall soon throw him into the Fire (of Hell) and that is very easy for Allah” (4:30).There is widespread consensus among Islamic jurists and academics that if Allah Almighty legislates something in a general sense, the restriction is invalid in any way until evidence is found. This broad interpretation of the verse refutes all those who advocate suicide bombing as a combat tactic under specific circumstances.Allah Almighty also declares in another verse:“And do not cast yourselves into destruction with your own hands, and adopt righteousness.

Verily, Allah loves the righteous” (2:195)This verse (2:195) was revealed in the context of spending in Allah Almighty’s cause, according to Islamic jurists (Fuqaha) and exegetes (Mufassirin). They have, however, used this verse as proof that it is unlawful to kill oneself or to commit suicide attacks in any way. They based their position on the general meaning of the word (Tahluka) mentioned in this verse, as well as other verses such as 4:29 and 4:30, quoting several Ahadith (plural of Hadith) of the prophet Muhammad peace be upon him, prohibiting suicide attacks.Since “Tafseer al-Quran bil Quran” (explaining the Quran by the Quran) is the best way of understanding and explaining Quranic verses, it should be noted here that verse 2:195, with its general meaning of the word Tahluka, can be better interpreted by verse 4:29, which proves that suicide attack is forbidden and Allah Almighty has decreed a permanent torment for suicide attackers in Hell.Suicide Bombing Is Prohibited In All Situations, According To The Following Ahadith:The Prophet Muhammad (peace be upon him) is reported to have said,“Whoever commits suicide will go to Hell, where he or she will keep falling into it and abide forever” (Sahih Bukhari) The Prophet Muhammad (peace be upon him) is reported to have said, “Whoever stabs himself to death will continue to stab himself in Hell.

Allah the Almighty said: My servant has himself forestalled Me; I have forbidden him Paradise”. (Sahih Bukhari/Sahih Muslim)In accordance with the Qur’an and Hadith, a suicide attack is forbidden in a general application. However, ISIS militants and other terror outfits brainwash the young people by justifying it somehow on the basis of the so-called ‘Jihad’ and ‘martyrdom’. By Allah Almighty, they are distorting and ignoring the following Hadith which has exclusively forbidden suicide even during the real Jihad (i.e. Jihad for defence), let alone the so-called ‘Jihad’ that is being fought today.Suicide attacks are prohibited in general in accordance with the Qur’an and Hadith.

Terrorists affiliated with ISIS and other militants who carry out suicide bombings are considered criminals by Islam and will be punished in Hell.