Home Uncategorized JeI-J&K has not given up its agenda to radicalize the youth! 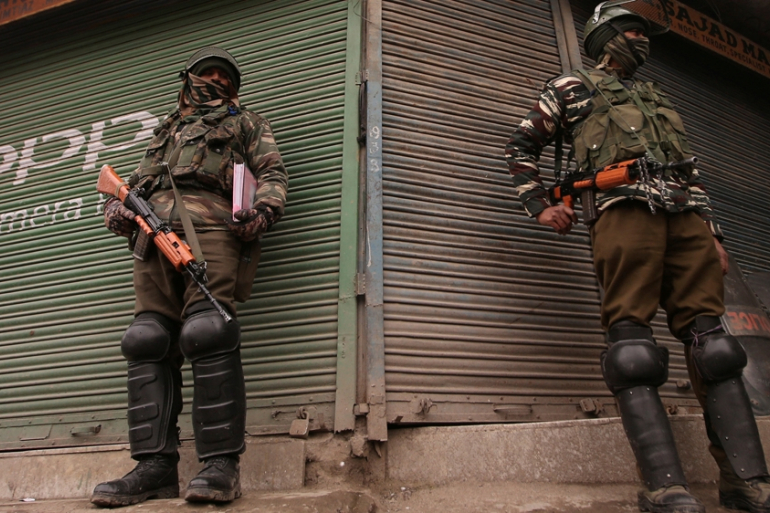 The banned Jamaat-e-Islami in Jammu and Kashmir has come under scanner once again as the organisation has not given up its agenda to radicalize the youth and push them towards militancy. In the first week on August National Investigation Agency (NIA) conducted raids across 40 locations linked to banned Jamaat-e-Islami, in terror funding probe. The case was registered by the NIA against Jamaat activists and office bearers early this year, for supporting terror activities at the behest of Pakistan.

The raids were conducted in almost all districts of Kashmir and a few districts in the Jammu region, including Ramban, Kishtwar, Doda and Rajouri.

In July this year the NIA had arrested six people from various locations across Kashmir in connection with Islamic State conspiracy to allegedly radicalise and recruit local youth for carrying out terror activities. The raids had followed the termination of 11 employees by the J&K government, including the two sons of Hizbul Mujahideen chief Syed Salahuddin for alleged terror links.

After Pulwama attack that left 40 paramilitary CRPF men dead on February 14, 2019, the Centre banned Jamaat for five years under anti-terror laws. A notification, banning the group under the Unlawful Activities (Prevention) Act, was issued by the Ministry of Home Affairs after a high-level meeting on security chaired by Prime Minister Narendra Modi. After the ban was imposed hundreds of party activists were arrested in a major crackdown across Jammu and Kashmir.

Jamaat-e-Islami (JeI-J&K), a socio-religious group has been active in Jammu and Kashmir since 1942. The party was instrumental in fuelling militancy in Kashmir. Preaching secessionism and sedition were a part of Jamaat’s ideology. In heydays of militancy, militant outfit Hizbul-Mujahideen was considered to be an armed wing of Jamaat-e-Islami. The organization collected funds from the locals and also operated numerous Hawala channels to ensure that illegal money keeps on flowing into Jammu and Kashmir to fund the terror activities.

The educational institutions run by Jamaat focused on radicalizing the children from the very beginning. Many schools run by Jamaat at the pretext of providing Islamic education used to teach the children that J&K is not a part of India and it needs to be resolved. These institutions were responsible for sowing the seeds of discord in the innocent minds from the very beginning.

Most locals who joined militant groups were associated with the Jamaat, either through educational institutions run by it or religious activities.

In 2018, over 180 Kashmiri youths joined these groups, and around 56% were locals. The Jamaat used its network of schools to further promote anti-India feeling among children in the Valley. Its leaders encouraged cadres of the Jamaat youth wing- Jamiat-ul-Tulba to be recruited into militant outfits. Hardline leaders of the Jamaat continued to maintain regular contact with Pakistan High Commission for support.

In February 2019, over 300 members of the Jamaat were rounded up by the J&K police. Some were picked even before the ban came into force.

The Centre had stated that the Jamaat was collecting funds in the name of religious activities and using the same for ‘anti-national separatist activities.’

Prior to 2019, Jamaat was banned twice in the past. The first ban continued for two years and the next ban was effective for three years. The Jamaat was banned first in 1975 by Sheikh Mohammad Abdullah, the former Prime Minister of J&K. It was banned again in 1990 when Mufti Mohammad Syed, the founder of Peoples Democratic Party (PDP) was the Union Home Minister [1].

The Jamaat began to creep into the Kashmir in 9147 soon after the partition, and with a formal structure in place, it began to gain ground, even contesting elections, though with little success. It then began to concentrate on social activities, introducing in the Kashmir a new education system in which modern education and Islamic theology were taught together under one roof. These schools and other social activities popularised the Jamaat in Kashmir, with even the rural elite beginning to take an interest in its activities.

Through massive religious congregations known as ijtimas held annually, monthly and weekly, the people were introduced to new socio-political ideas and programmes.

In the Assembly elections in 1972, the Jamaat won five of the 22 seats that it contested, securing 23.3 per cent of the votes polled. Subsequently, in 1977, it won just one seat, its vote percentage slipping down to 13.48. In 1983, the Jamaat failed to secure even one seat, and its poll percentage plummeted to 11.03.

Hurriyat hawk Syed Ali Shah Geelani remained associated with Jamaat-e-Islami for many decades and remained a part of its advisory council. He was considered to be one of the pillars of Jamaat. But he was suspended along with his three associates in 2005 from its Advisory Council after he floated his own party Tehreek-e-Hurriyat. Geelani had entered into an agreement with Jamaat that secured his place in both the parties. It was provided in the agreement that any member of Jamaat could seek membership of Tehreek-e-Hurriyat without affecting his membership in the parent party.

However, the then Jamaat chief, Nazir Ahmed Kashani, had stated that Geelani has floated a new party which has its separate constitution, shoora and even flag.

The action against Geelani and his associates was prompted by his call asking Jamaat activists to play a leading role in the separatist struggle. His assertion had exposed the direct connection between Jamaat and Pakistan [3].

In 2014, Peoples Democratic Party entered into a secret pact with Jamaat-e-Islami and sought its support to contest the assembly elections in Jammu and Kashmir. The PDP had assured the Jamaat leaders that if it comes into power it would allow the organization to carry on with its activities. After the PDP came into power in 2015, it stuck to its word. When Mehbooba Mufti headed J&K, situation in Kashmir deteriorated as protests and encounters became an order of the day. The Jamaat activists carried out their activities without any fear of law. Mehbooba as chief minister of J&K granted amnesty to 10,000 stone-pelters. During her tenure many Jamaat activists were provided with the government jobs.

After Jamaat was banned, Mehbooba Mufti in March 2019 had stated that if her party is voted to power it will lift the ban imposed on the party.

“When time will come and we will have power, we will end this ban,” Mehbooba had said at a public rally.

She had accused New Delhi of turning J&K into a prison. “The Kashmir issue is an ideology; it can only be resolved through an ideology, and not by prison,” she had stated. [4].

The NIA launched fresh crackdown on Jamaat earlier this month and raided offices and the houses of the party activists.

The NIA claimed that Jamaat despite ban was carrying out its anti-national activists. The agency said it has evidence of funding received by Jamaat members from Dubai and Turkey for terror activities with the help of Pakistan’s secret intelligence service ISI. The money was being routed in the name of charity, health and education.

The NIA stated that Jamaat wanted to increase militant and stone-pelting activities in the Valley, which have declined after the abrogation of Article 370 in 2019. “The banned outfit also conducted a secret meeting to induct fresh members to militant outfits,” the investigating agency had stated.