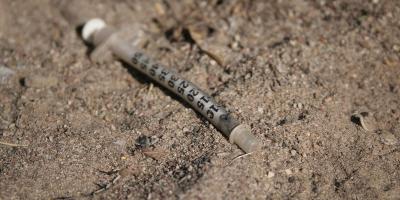 The cost of India’s border vulnerability can be very high unless it is addressed.

In the past few years there has been a phenomenal increase in the amount of narcotics trafficked and consumed in India.

What was earlier a largely metropolitan habit, is fast catching up in tier two cities of India. In Jammu and Kashmir (J&K) a pre-existing chronic issue of drug abuse has now acquired epidemic proportions, with growing use of heroin. Heroin usage and trafficking has serious ramifications for terrorism in J&K.

Narco-terrorism is not a new phenomena. It is a known fact that Pakistani elements have always provided separatists with funding acquired from narcotics trade. That Pakistani security establishment sells heroin to pay for the country’s covert military operations was admitted by former prime minister Nawaz Sharif in a 1994 interview to The Washington Post.

Till now, this pattern was isolated to parts of the north east and Punjab. Recent encounters and searches by security forces in J&K exposed large consignments of narcotics with militants. The pattern however has undergone a change and heroin is now directly being sent across the Line of Control. On February 7, the Border Security Force (BSF) killed three Pakistani militants who were carrying 36 of kg heroin worth over Rs 180 crore in the international market, along with arms and ammunition in Samba district.

This was the fourth such bid foiled by BSF this year. Around the same time, J&K police arrested two militants with contraband worth Rs 18 crore in north Kashmir’s Baramulla district.

Calling attention to the drugs menace in J&K, Director General of Police Dilbag Singh recently said that is was a new and deadlier challenge because narcotics will provide oxygen to terrorism. In an earlier statement he had said that Pakistan is “repeating the same dirty game that they played in Punjab, first giving arms training and later spoiling the youth with drugs.”

Sedulous investigation into suspicious payments like those made by the J&K Affectees Relief Trust (JKART), a front organisation set up by Hizbul Mujahideen, which has transferred Rs 80 crores through hawala over a span of many years to fund terrorist activities in the state, has made hawala transactions if not unfeasible but more exacting.

Law enforcement agencies in Kashmir are unanimous in their conclusion that for the purposes of terrorist financing, Pakistan-based terrorist groups are now resorting to sending in narcotics into the region. One kilogram of heroin originating in Afghanistan, coming via Pakistan costs approximately Rs 5 lakh in South Asia and fetches nearly Rs 5 crore in the international market.

A portion of the drugs coming from Pakistan is sold in Kashmir, and the rest is transported into other parts of India. An examination of the heroin seizures in what were mostly operations against militants leaves little doubt that narco-terror is now an established practice in Kashmir. In 2020, nearly 36.08 kg of pure heroin was recovered from different parts of the valley.

Through 2021, the size of the consignments have gone up dramatically. In April 2021, within a week, security forces recovered two heroin consignments each of approximate value Rs 50 crore, while foiling infiltration bids along the Kupwara sector.

In October 2021, the Army recovered around 30 kgs of drugs in the Uri sector, specifically Baramulla district. The bags containing the contraband had Pakistani markings. Heroin seized from Handwara in June 2020 was found to be connected with funding of Lashkar-e-Taiba (LeT). Composite seizures of drugs and arms by security forces in J&K indicates a well established nexus between drug traffickers and militants.

The 3,000 kg consignment of heroin worth Rs 21,000 crore caught in Gujarat’s Mundra Port in September 2021, has shocked the security establishment. This kind of narcotics push is not possible without systematic state support to drug syndicates by Pakistan.

Since the August 2021 takeover of Afghanistan by the Taliban there has been a 37% increase in the illicit cultivation of the opium crop and narcotics prices have tripled. Despite this,, in south Kashmir drugs are sold in bulk and at cheap rates to attract peddlers, letting them earn more than the Pakistani entities who bring in the substance.

Pulwama and Shopian are at the epicentres of Kashmir’s narco-terror racket. Along with Srinagar, these areas have a relatively higher income than the rest of Kashmir, and are easier to target by peddlers.

There is evidence to the effect that the enduring conflict situation has impacted the psychological health of a vast number of Kashmiris. One study found that almost 45% of Kashmir’s adult population (1.8 million) is suffering from some form of mental distress.

Psychological problems often remain undetected and do not figure in post-conflict reconstruction efforts. The symptoms of depression are beginning to manifest themselves in growing use of drugs as a way to cope with mental health issues. In December 2021, Greater Kashmir reported that nearly 80% of drug users are in fact abusing heroin through needles. “It is one of the costliest drugs and just devastates not just the one abusing it but his family and the entire social fabric,” says Dr Yasir Hussain Rather who heads the Drug De-Addiction Centre at SMHS Hospital.

Frequent curfews after the reading down of Article 370 and thereafter the COVID-19 induced lockdowns combined to create a menacing drug abuse situation in the state that is being exploited to the hilt by narco traffickers. Since the halt of trade via the LoC in 2019, narco-trade has become the preferred means to finance terrorism and unrest in Kashmir. Narco-terrorism has plausibly grown in the Kashmir valley because Pakistan-backed terror operatives have an existing network of over ground workers in border areas who have been acting as couriers of arms/ammunition and fake Indian currency notes.

India’s borders have always been vulnerable to narcotics for trans-shipment. Growing domestic consumption and easy access to narcotics is exposing the youth of Kashmir to a dangerous mix of drug addiction and violent extremism. Along with counter-terrorism J&K also needs a viable counter-narcotics policy, which is not subdued by the former. The cost of narco terrorism can be very high unless it is addressed along with security angle, at the societal level. 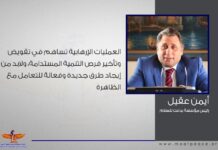 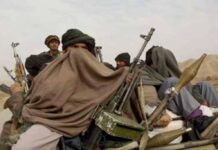 The resurgent Taliban and The chaotic and unpredictable conditions in Afghanistan