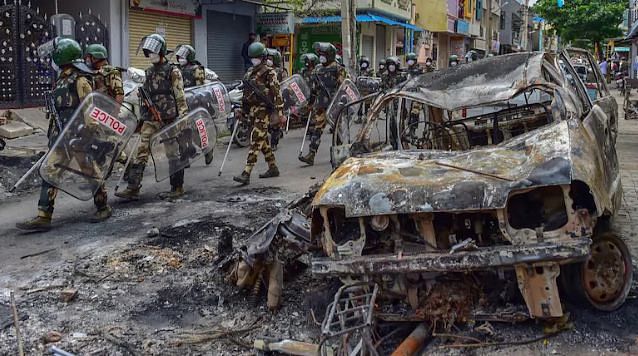 ”We the undersigned strongly condemn those, Muslims who resorted to wanton violence in Bengaluru last week in protest against reported insult to Prophet Mohammed. We demand that strict legal action be taken against the perpetrators of the crime and their masterminds. However, we also caution that any communally coloured action by the state with vindictive motive will be counterproductive,” they said.

Further, these activists hailed those Muslim individuals and groups who formed a human chain around a temple in their locality to prevent any attempt at the desecration. ” In a democracy, any group of aggrieved citizens has the right to protest, express their dissent through peaceful means. But no individual, group or community can be allowed to take the law in their own hands. We, in particular, question the wisdom of Muslims who resorted to violence at a time when the community as a whole itself feels targeted and threatened,” they said.