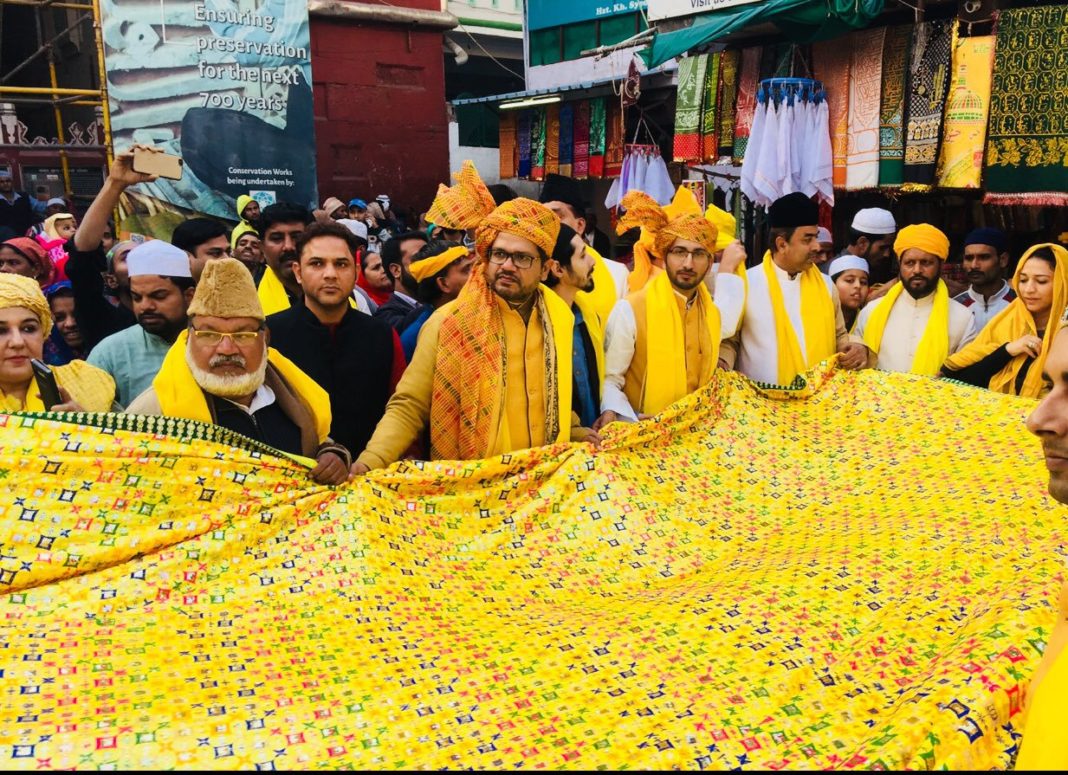 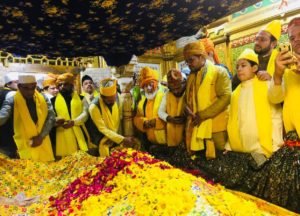 A mosaic of different cultures and religions, India is a land of festivals and the Hindustani people pride themselves in celebrating festivals of all traditions with similar enthusiasm. The festival of Basant Panchami—fifth day of the spring—is basically a Hindu tradition. But it is celebrated not by Hindus alone but also by the members of other faith traditions including the Sikh and Sufi followers. 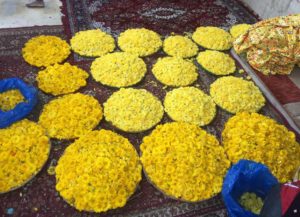 The arrival of spring alters the property of earth from the state of infertility to that of fertility. Thus, it signifies an end to gloom ushering mankind into an awakening of new joy. Metaphorically, the festival symbolizes an end to ignorance and awakening into a state of spiritual enlightenment.

In Hinduism, the day of Basant Panchami is dedicated to the Goddess Sarasvati who is regarded as the deity of learning. She bequeaths the greatest asset to humankind—the wealth of knowledge. According to Hindu tradition, Sarasvati depicts the deity as a pristine lady seated on a white lotus that blooms in a wide stretch of water and bedecked with a dazzling white attire, white flowers and pearls. The deity is seen holding a string-instrument like a Sitar called Veena, which is used for playing music. 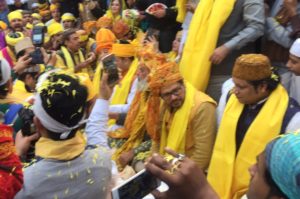 Going by the Hindu mythology, the history of Sarasvati being worshipped as a goddess of speech is attributed to the formation of words, invention of Sanskrit language and composition of hymns. It associates her with the holy rituals performed on the banks of the river Sarasvati.

Though the festival is attributed to a Hindu Goddess, its acceptance among the Sufi Muslims dates back to the Mughal era when the Muslim mystics introduced it as an important ingredient among other Sufi rituals observed at their dargahs or shrines. Many variants of Basant are attributed to the Sufi saints such as Nizamuddin Auliya, Khawaja Bakhtiyar Kaki and Ameer Khusrau— the 13-century Sufi poet and closest disciple of Nizamuddin Aulia. The Basant festival is regularly celebrated at the Dargah Hazrat Nizamuddin Aulia and other Sufi shrines in India. On this occasion, one of the beautiful compositions of Amir Khusrau “aaj basant manalay” profoundly reverberates.

In South India, the famous Sufi shrine—Dargah Shah Mohammed Qasim—proclaims religious harmony at the Basant Panchami. Clad in yellow scarves, both Hindu and Muslim devotees assemble to celebrate it at the dargah which is located at the Urdu Gali in Hyderabad—the capital of Telangana. According to Sufi Shah Mohammed Muzaffar Ali Chisti Abul Ulai, the current Sajjada Nasheen (custodian) of the dargah, it is observed since the past few years.

The Sufi tradition of Basant is one of the most vibrant festivals at the Dargah Hazrat Khwaja Nizamuddin Aulia in Delhi. There is an interesting anecdote on the celebration of Basant Panchami at this Dargah. Upon the death of his nephew, the saint Nizamuddin Aulia became so distressed and grieved that all activities at the Dargah were suddenly stopped. But Ameer Khusrau could not see his beloved murshid (master) overwhelmed with grief. In an attempt to bring smiles on his lips, he got himself dressed in yellow attire similar to the women who thronged the Dargah for the mourning. This worked wonders and brought a smile on the face of the saint. From that day on, Basant Panchami became an integral part of the Dargah’s celebrations.

Similarly, for the Sikh devotees, Basant Raga constitutes an important raag (a musical composition) included in the Sri Guru Granth Sahib Ji, and is sung with great reverence. In order to achieve a spiritual union with the Divine, Guru Arjan Dev urges upon man to submit himself to the true Guru.

In fact, Basant Panchami is more of a cultural celebration rather than a religious festival. Therefore, narrowing it down to any specific religion is totally uncalled for. It finds no mention in any religious scripture such as the Qur’an, Bhagwat Gita or any of the Vedas, something which shows that the festival has nothing to do with any particular religion. It is actually a celebration of colours, vibrancy and liveliness.

Let’s welcome Basant Panchami with open arms and celebrate it with great gusto to revive our syncretic culture and attain renewed spiritual awakening!