Home Career Delhi that shaped Ghalib was a city in flux, but never short... 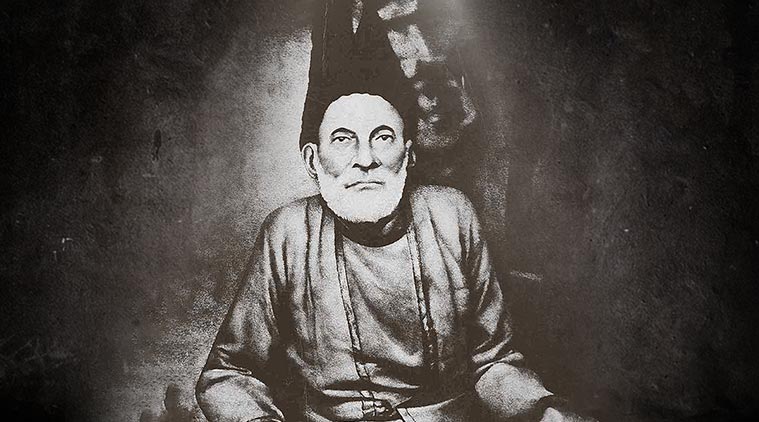 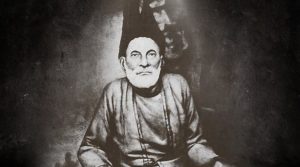 Mirza Asadullah Khan Ghalib was seven years old, when he made his first visit to Delhi from Agra, his birthplace. By the age of 13, he had moved to the Mughal capital, after his marriage to the niece of the first Nawab of Loharu and Firozpur Jhirka. He lived on in the city for 50 years. In all those years, Ghalib never bought a house but lived on rent, moving whenever he got bored. But he never moved out of Gali Qasim Jan or its surroundings. His last home, where he died, was under the shadow of a mosque. This prompted the couplet: Masjid ke zere saaya ek ghar bana liya hai/ek banda-e-kameena hamsaya-e-khuda hai (Under the shadow of the mosque, I have made my house/a scoundrel is the neighbour of the God).

He lived at a time of flux, with the Mughal Empire on the cusp of decline and the British Empire on the rise. This zeitgeist echoes throughout his prose and poetry. When he arrived in Delhi, Akbar Shah II (1806-1837) was at the helm of the Mughal Empire. Delhi was a witness to a literary efflorescence in Urdu. Poets like Daagh Dehlvi (1831-1905) and Momin Khan Momin (1800-1851) were writing great poetry under the patronage of the Mughals.

A member of the nobility, Ghalib was well-built and dapper. He was counted among the city’s well-heeled. Six years after he moved to Delhi, Ghalib is believed to have completed his best works. He was only 19. His poetry was enormously popular in the city. “Jis shayar ki ghazal baalakhaane mein domni aur sadak par faqeer gaaye, use kaun maat kar sakta hai? (Who can beat a poet whose ghazals are sung by courtesans in salons and faqirs on the streets?)” he would say.

Ghalib knew it was not wise to displease either the Mughals or the British, on whom he was dependent for pension and grants. He kept fighting the latter for his pension but wrote several panegyrics in praise of both. But he was far from a sycophant. He spoke his mind, without fear or favour. He was free-spirited, a non-conformist, who looked upon formal structures of religion and traditions with derision and disdain. His poetry is replete with words like “why, what, when, where and how”, a reflection of this questioning spirit. In a letter written in 1858 to his long-time disciple, Har Gopal Tafta, he writes: “Please do not consider truth and right whatever the elders wrote. There were fools in the olden days too.”

His relationship with Bahadur Shah Zafar, himself a poet of repute, was cordial. Once, Ghalib visited the Red Fort soon after the month of Ramzan. The emperor asked him: “Mirza, kitney rozey rakhe? (Mirza, how many days did you fast?)” Ghalib quipped: “Bas huzoor, ek nahin rakha. (My Lord! I didn’t fast for a day).”

When Zafar chose his mentor, Mohammad Ibrahim Zauq (1789-1854), as the poet laureate in 1837, however, Ghalib sulked. Unable to hide his frustration, he wrote a ghazal in which he imagines the wind “turning against” him, the “anchor” having been broken and rocking the “boat”. Ghalib was made the poet laureate after Zauq died; he occupied the position till 1857.

Ghalib was left devastated by the First War of Independence in 1857, a turning point both for Delhi and Ghalib. In Dastanbu (1858), his Persian diary, he records the revolt in great detail. He had lost his younger brother and many friends in its aftermath. He writes about dead bodies being strewn from Rajghat to Chandni Chowk, about the loss of his manuscripts.

Despite the many tragedies in his life, however, he perfected the art of laughing at himself. He was known for his repartee and sangfroid. After the revolt, when the British were rounding up Muslims connected with the Mughal empire, Ghalib was arrested and brought before the presiding officer of the forces. When he asked Ghalib if he was Muslim, the latter replied: “Ji, aadha Musalman hoon (I’m only a half-Muslim).” The colonel asked: “What do you mean?” Ghalib replied: “Sharaab peeta hoon, sooar ka gosht nahin khata (I consume alcohol, but don’t eat pork.)”

For half his life, Ghalib submitted one petition after another to the British for an increase in his pension. But he remained in debt, and at the mercy of moneylenders. In Agra, he had been pampered at the house of his maternal grandfather. In Delhi, the luxuries of life eluded him.

Ghalib was fond of expensive liquor — wine, champagne, and Old Tom whiskey or rum. The latter was available at select cantonments then. Ghalib managed to get a regular supply of Old Tom from the nearest cantonment in Meerut through his British connections. When he’d be told by his devout friends that the prayers of an alcohol-drinker would not be accepted, he’d retort: “Jis ke paas sharab ho, usey kis cheez ke liye dua karne ki zaroorat hai? (When a man has liquor, what else does he need to pray for?)”

Ghalib was also fond of playing chess, gambling, and gorging on mangoes. His gambling habits led to a raid at his house in 1841 and a six-month detention in 1847; he, however, served only about half of his sentence in jail.

His household was managed by a small staff, co-headed by a manservant called Kallu, and a maid named Wafadar. When it came to his drink, Ghalib was very particular: Kallu had been trained to make it to his satisfaction. “Mixed with rosewater, the spirit would be poured into a bowl of clay called aabkhora. The aabkhora would then be covered and buried in earth or kept afloat in a pool of water for a couple of hours before it was time for Ghalib to have the drink,” writes Saif Mahmood in Beloved Delhi: A Mughal City and Her Greatest Poets (2018).

Just as he never invested in a house, Ghalib never bought books, although his entire life was spent in reading and writing. In Delhi, a person named Ala Mashallah, ran a rudimentary circulating library — get books from bookshops on rent and deliver them to households. Ghalib was one of his clients. The poet never travelled too far from Delhi for long, except once when he went to Kolkata at the age of 40 to file a petition to the British authorities. He lived in Kolkata for two years. During this trip, he also stayed over in Lucknow and Banaras for a few months.

Today, the last house where Ghalib lived is an ancient, decrepit building in Gali Qasim Jaan at Ballimaran in Old Delhi’s Chandni Chowk. Surrounded by a smattering of shops selling tawdry sunglasses, clothes and shoes, filled with the clamour of traffic and jostling shoppers, it tells the story of the last great poet of the Mughal era, whose legacy looms large even after 150 years after his death.

Ghalib ki Haveli is a 300-year-old structure and has been turned into a heritage site under the Archeological Society of India (ASI). It houses a museum that gives a glimpse into the poet’s life and work; the exhibit here includes an ivory bust donated by Gulzar, books, couplets, letters, clothes, photographs, and a life-size replica of the poet enjoying a hookah. The haveli is built in the Mughal architectural style, with lakhori (kiln-fired) bricks — there is a semi-circular brick arch at the entrance and chhajjas (overhanging eaves) loom over the courtyard. “From the lacklustre and dark Gali Qasim, an order of light emerges,” wrote poet and lyricist Gulzar, immortalising the street where Ghalib spent his last days, in his landmark TV serial, Mirza Ghalib (1988).

Ghalib lies buried at Nizamuddin Basti, in the then family graveyard of the Nawab of Loharu; his wife, who died a year later on the same day as Ghalib (February 15), is buried next to him. A few metres away is the dargah of the 13th century Sufi saint, Nizamuddin Auliya, which is always abuzz with a steady stream of followers. Also in the dargah’s compound lies the tomb of Amir Khusrau, the 13th century Sufi musician and poet, whom Ghalib described as the greatest Persian poet.

Mazar-e-Mirza or the tomb of Ghalib is no monument at Stratford-upon-Avon, but Ghalib’s admirers from far and wide keep coming in to pay their respects to the poet. He, though, had wished not to have his tomb anywhere on the face of the earth:

Huye mar ke hum jo ruswa, huye kyun na gharq-e-dariya/na kabhi janazaa uthtaa, na kahin mazaar hotaa
(I was disgraced after death; oh why didn’t I drown in the sea?/There would never have been a funeral, nor a tomb anywhere.) 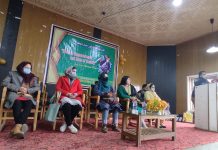