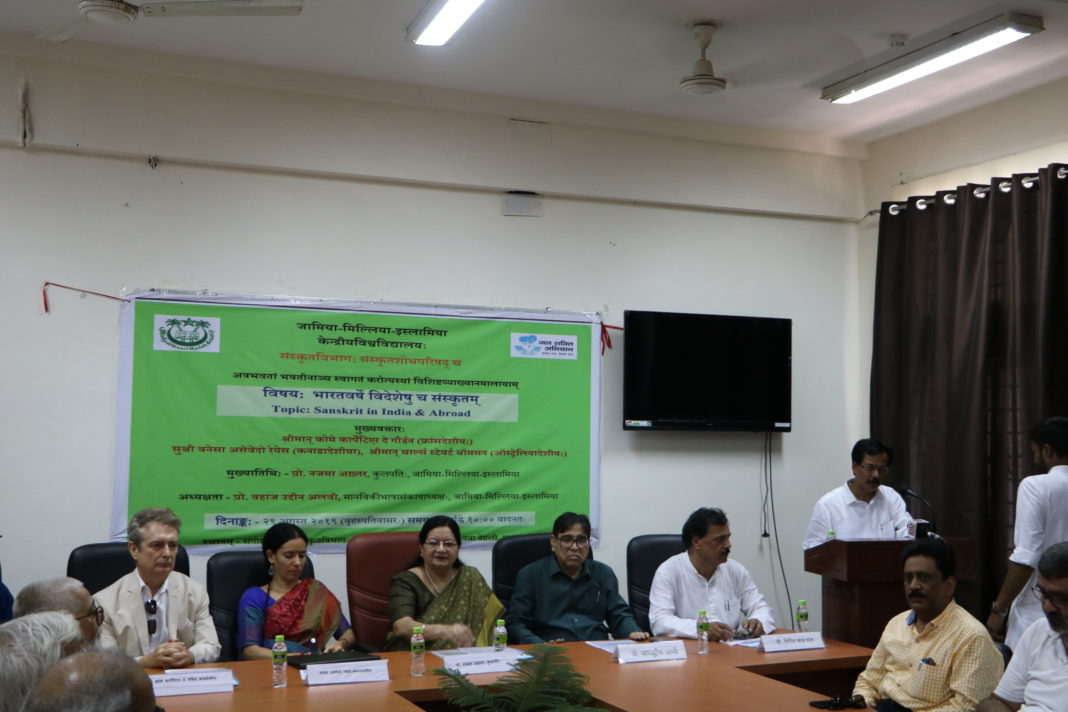 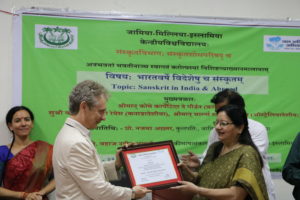 Department of Sanskrit and Sanskrit Research Council of Jamia Millia Islamia (JMI) has organised first lecture of a year-long special lecture series on ‘Sanskrit in India and Abroad’ yesterday.

Prof. Najma Akhtar, Vice-Chancellor, JMI was the Chief Guest at the function organised at the seminar hall of the Sanskrit Department, JMI. In her address she said, “Sanskrit is not only a language but also a carrier of great Indian civilisation which is spreading and influencing the whole world”.

Among the speakers were Mr. Come Carpentier De Gourdon from France, Ms. Venessa Acevedo Reyes from Canada and Mr. Charles Stewart Thompson from Australia. They highlighted the increasing popularity and influence of Sanskrit not only in India but abroad also.

Prof. Girish Chand Pant, Head of the Sanskrit Department gave a brief introduction about the department and the courses taught. He informed the audience that the department was started in 2017 and imparting B.A., M.A., M.Phil./Ph.D courses.

Mr. Come Carpentier De Gourdon from France said that Sanskrit is the binding force for the various languages in India and there are ample opportunities to carry out research on the Sanskrit language.

Ms. Venessa Acevedo Reyes from Canada said that she is coming to India for the last 12 years and Sanskrit has helped her in understanding the country in a better way. She also informed that Toronto District School Board in Canada has included Sanskrit in primary education.

Mr. Charles Stewart Thompson from Australia said that Yoga and Sanskrit are complementary to each other and helping youths in earning their livelihood.

Prof. Wahajuddin Alvi, Dean, Faculty of Humanities & Languages, JMI presided over the function which was moderated by Dr. Abhay Kumar and Dr. Jaiprakash Narayan gave vote of thanks.